Langostino Bisque Recipe (like Lobster Bisque but cheaper and nightshade-free!)

Could it be possible? A version of Lobster Bisque that is insanely delicious without tomatoes or lobster? Indeed! We have made magic happen with Langostino Bisque, enjoy ♥ 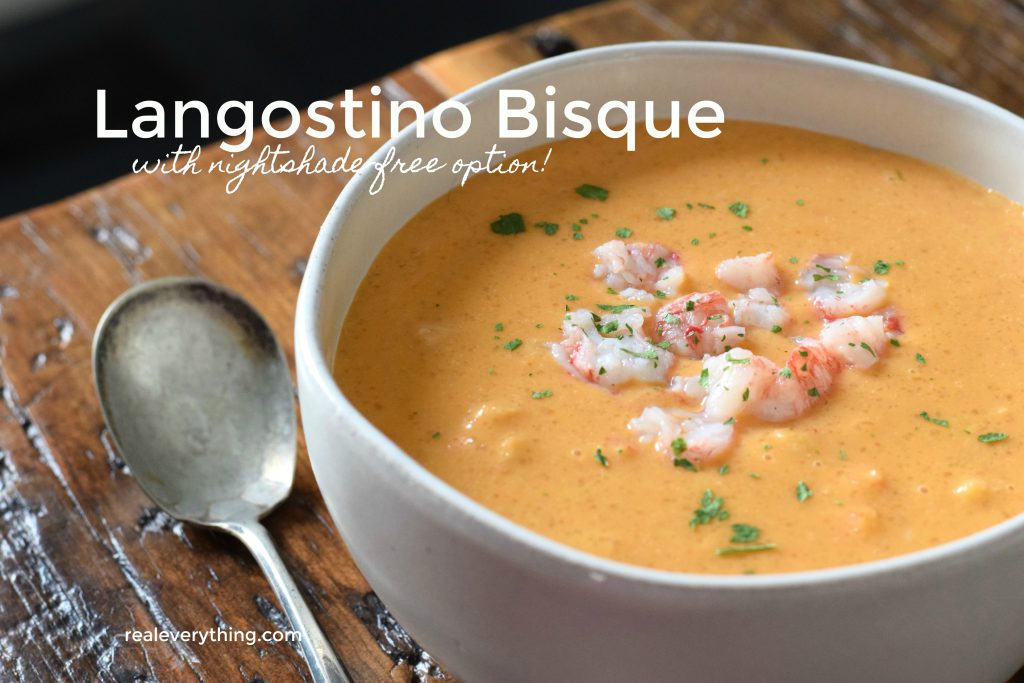 This month (during my “souping” challenge!) I challenged Matt to get creative with broth. Lobster Bisque had always been my favorite soup, but I haven’t had it in years because of the traditional tomato base. I knew I wanted to recreate it, but wasn’t inspired to figure it out until I saw frozen langostino. Traditional Lobster Bisque recipes would tell you to put live lobsters in a pot and go from there. So not only does this recipe provide an option without nightshades, it’s also infinitely easier, and it’s also MUCH more affordable!  And, it’s INCREDIBLE.  And whether you make yours with tomato or our fauxmato sauce, we know you’ll love it! 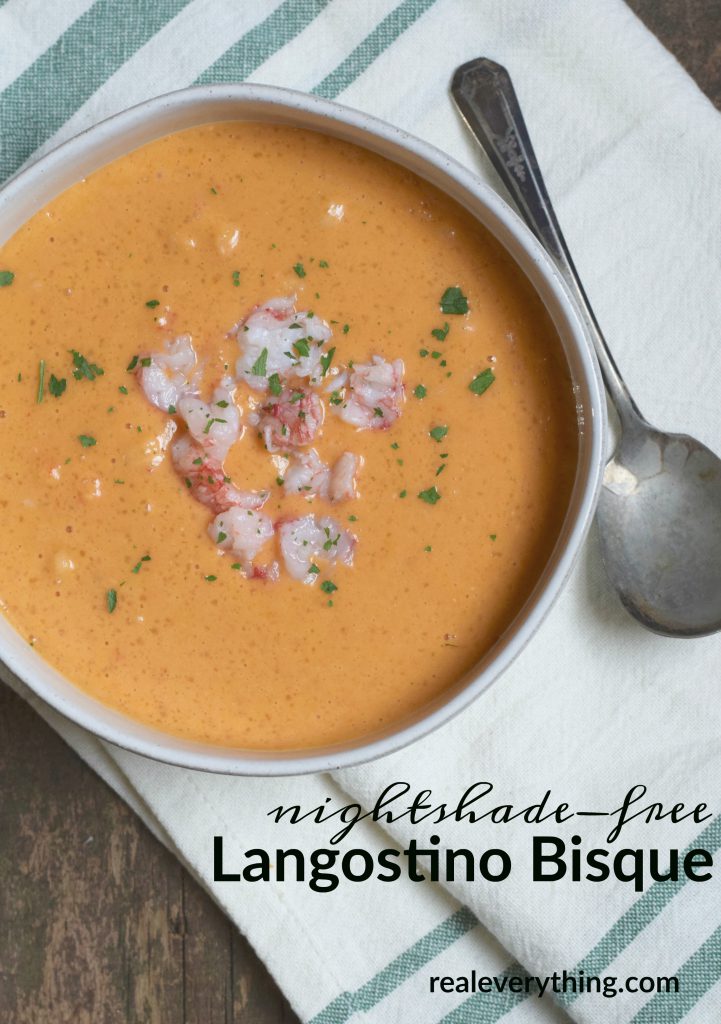 Langostinos are a kind of crab called a squat lobster. When sold in the US, they’re meat looks like little pieces of lobster tail meat and taste similar as well. We find them in the frozen section at Wegmans and Trader Joe’s. They come already cooked, peeled, and ready to add to whatever we’re cooking! So easy, and nutrient-dense. You may have also seen us use them in our Seafood Egg Casserole.

Squat lobsters taste similar to true lobsters that many restaurants have sold them as lobsters, which would be kind of like selling mussels as scallops. But the advantage is, of course, that langostino is much cheaper than lobster and if you buy the pre-prepared frozen ones much easier to cook with! Also, the tiny tails pack a big protein punch; just a 4 oz serving has 21 grams of protein. Plus, they’re a good source of calcium and iron, not to mention heart-healthy omega 3 fatty acids seafood delivers.

For AIP, use cauliflower instead of rice and coconut milk instead of cream (or leave both out entirely)

If you want a rich seafood broth, stop the recipe after you strain the broth. It will be delicious all on its own! In fact, when Matt was making the recipe I intruded at this point, ate the boiled langostino’s and sipped the broth insisting there’s no point in even bothering to make the rest of the recipe because it was so delicious! 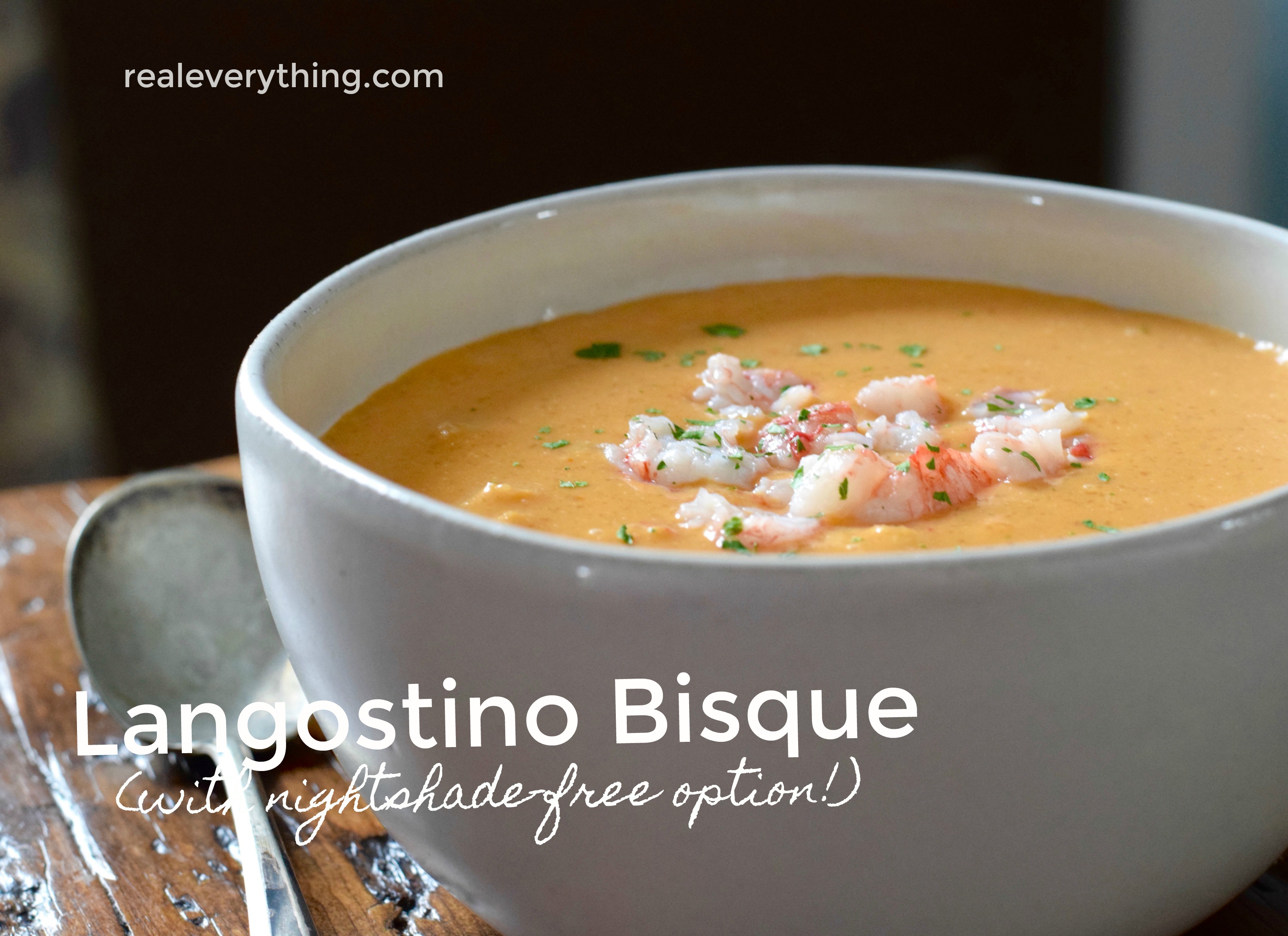 Crystal is the almond butter to our jelly. She helps us coordinate content from across media streams, writes genius posts and newsletters from that content, and even takes photos of recipes or reviews books & products when we're pressed for time. She's that 3rd arm we all wish we had; we love her as part of our team and even more on her own media at @wholefedhomestead or her gorgeous, educational & fun blog WholeFedHomestead.com 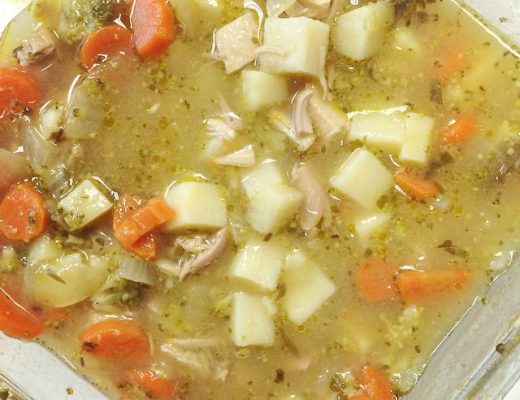 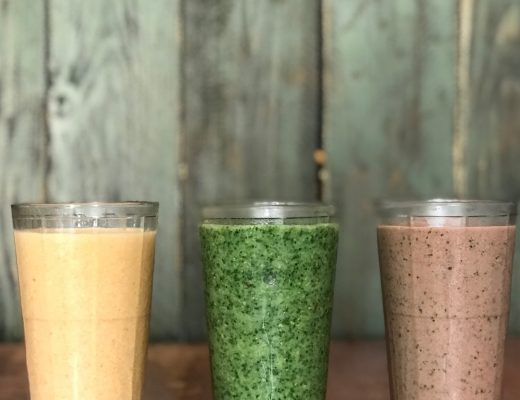 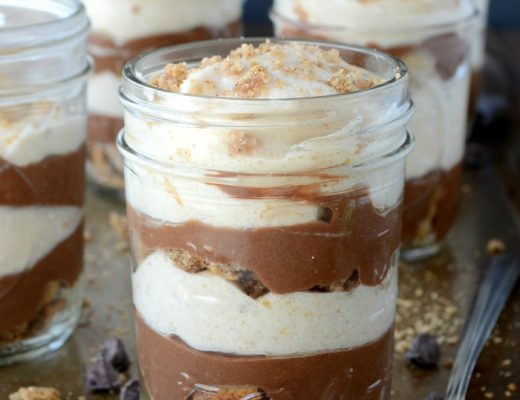 Switch to Safer by 1/31 for 20% off with Stacy Toth using codeCLEANFORALL20
Sign Up for our Newsletter!