Tutorial Thursday: Herbs and Spices and How to Use Them to Make Your Own Spice Blends

It’s our FOURTH installment of Tutorial Thursday, having previously shared All About Apples, Spaghetti Squash, and All About Pumpkins. This week, we’re switching it up a little bit and talking about not just a particular food, but how to flavor foods in general. And stay until the end where we’ll be sharing our spice blends from Real Life Paleo! Today, we’re flavoring our food and delving into the vast catalog of botanicals that people use in cooking. It may seem extremely intimidating at first, but it’s our hope that we can help you dip your toe in and learn a little bit about herbs and spices.

First of all, you may be wondering what the difference is and how to tell one from the other. Essentially, herbs are always from the leafy part of a plant, while spices are anything else you would use in flavoring that is not a leaf (the bark, the seeds, the roots, etc.). Once humans invented cooking for flavor (which we did independently in various cultures throughout the world), finding new and interesting flavors became a bit of an obsession for us. Each region of the globe has a certain number of native flavorings that contribute to that region’s flavor profile. For example, South Asia is the home of cardamom, cinnamon, cumin and turmeric, which is why Indian curry prominently features those flavors. In Southeast Asia, you find lemongrass, coriander, kaffir lime, and ginger, all of which are prominent in Thai cuisine. Meanwhile, over in Northern Europe where my ancestors are from, we have a veritable culinary wasteland. Which is why there is no such thing as English cuisine.

But it is this particular dearth of spices (there are some, of course, native to Northern and Central Europe like horseradish, caraway (which is why it’s the classic sausage flavor), and rosemary), is what prompted so much of the trade between Europe, the Mediterranean, South Asia and Southeast Asian. Once Europeans realized that food could taste good if only the cooks of Asia would share a little flavor, caravans and shipping routes started flourishing. In fact, one might argue that this desperate desire for taste is a significant factor that made European sailors, not Chinese or Middle Eastern sailors, the ones to discover the New World. Why sail around Africa or face the mountains and bandits of the overland route if you can use take the Atlantic shortcut to China?

Unfortunately, there was a continent in the way.

But the history of the spice trade is a fascinating one and worth looking into. For example, did you know that people went to war over the Banda islands, a group of small Malaysian islands, on and off for centuries because it was the only place you could acquire nutmeg? But for our purpose, let’s talk about why we use it and how to do it best.

For the entire course of human history, we’ve been seeking out various plants to use as medicine. Some of those ancient discoveries have proven to be so effective that we are still using them today. The old practice of chewing willow bark has now been replaced by modern aspirin. Several culinary herbs are still used that way by natural practitioners and the proverbial old wives alike. Dill and mint are used to calm the digestive system. Chile peppers help the circulatory system. Cinnamon lowers inflammation. And I hear that oregano kills everything microbial, but leaves your own cells alive.

All of that is well and fine, of course, but in the amounts you’ll get from one serving of your food, it doesn’t seem likely to be a high enough dose to cause a profound response. Personally, I don’t think about these potential benefits as I cook, but it’s nice to know that the benefits are there!

Whether to buy organic spices is really a matter of personal preference. Because your dose of herbs and spices will always be low compared to the rest of your food, the amount of pesticides you will ingest will also be very low. However, often you’ll find not much difference in cost between organic and non-organic spices. For example, here’s McCormick conventional cinnamon for $2.50. And here’s Simply Organics cinnamon for $3.73. And the bottle size is also very similar.

If you get into the really gourmet spices through companies such as Penzeys, though, then we’re talking three times the price of conventional.

We personally prefer to buy mid-grade spices and dried herbs (almost always through Tropical Traditions) for daily use, because we can be assured the ingredients are clean and flavors more rich than the cheaper versions which can often be stale already at the time of purchase.

The good news about dried herbs and spices is that they keep their flavor for a very long time and will never spoil! How long? Well, the rule of thumb is to use them until they no longer flavor your food as strongly as you’d like. For whole spices, that may be as long as 4 or 5 years. Dried herbs will keep for 1 or 2 years and ground spices may last 2 or 3. Using them all within the first couple months of opening your spices will ensure they remain flavorful.

As for fresh herbs, that may vary as well, but not long at all. Kept loose in your fridge, you should use them within a week. Using a container like this may allow you to keep them for 2 weeks. What are the most common herbs and spices you’ll find? Well, let’s talk about them!

If you’re going to be dipping into the spice realm, I recommend getting a dedicated spice grinder. Essentially, you’ll get a coffee grinder dedicated to grinding up whole seeds and other spices. Freshly ground spices are more potent and flavorful and you can keep whole seeds for years before you finally grind them.

You may also want to use a dehydrator to create your own dried herbs for storage or a small sautee pan if you have a need for toasted spices (whereby the heat activates their fragrant flavors).

There are so many pairing and spice blends out there that I couldn’t even hope to list them all. If this topic is fascinating for you reading more from two books that are pretty comprehensive lists of spices and their uses will be a great addition to your repertoire The Spice Lover’s Guide to Herbs and Spicesis an excellent resource that lists every single spice and spice blend, how to use it, and what foods it pairs best with. The reverse approach to this guide is The Flavor Bible, which lists foods and then tells you what spices and herbs go best with it.

Some of the questions we get most often are around substituting spices, particularly for those following the autoimmune protocol. If you’re confused about which of the above list are eliminated in the initial strict autoimmune protocol phase, remember that seeds are what is being eliminated (among the other items). So all seed based spices need to be eliminated, that includes not consuming:

Initially, it’s probably best to just eliminate all the spices that look like seeds. Dr. Sarah Ballantyne also recommends in The Paleo Approach at least initially removing berries and seed pods like:

The other thing to eliminate are nightshade spices. That includes:

If you’re looking for replacements, remember that leafy herbs are safe. We use cinnamon and cloves in place of allspice and nutmeg. Or try ginger and horseradish for your heat. Anise can be replaced with tarragon and mustard with oregano.

How to use herbs and spices

If you’ve previously been buying pre-prepared spice blends and aren’t sure where to start within making your own flavor combinations – don’t worry! It’s a fun experiment and using your nose will help you find your way. And then there is also Real Life Paleo, our upcoming book. In Real Life Paleo, we wrote a section on spice blends and how to combine spices. We’ve decided that this information should not wait until November 4th to be heard, so we’re sharing it now! We included five spice blends for each of the most common meat types so that you can get started on making your food more flavorful in harmony with the proteins they are being cooked with.

Once you find a spice blend you like and find yourself using often, making a batch of a couple of servings and putting it in a small jar (or recycling one from other spices you’ve used up) can save you time the next time in the kitchen!

Psst, like our recipes? Then you’ll love our upcoming cookbook Real Life Paleo! With less than 2 weeks before release NOW is the time to order and have delivered in time for November 4th release! 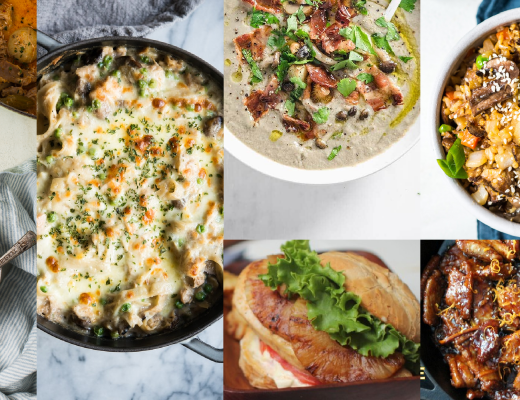 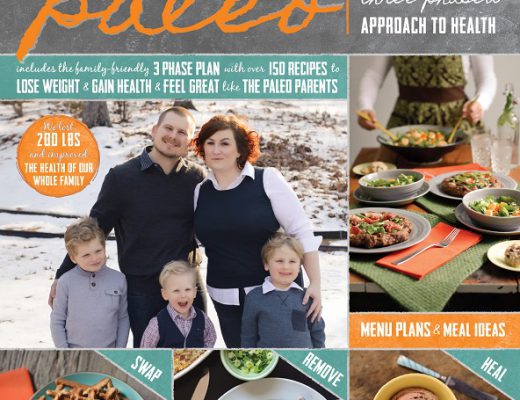 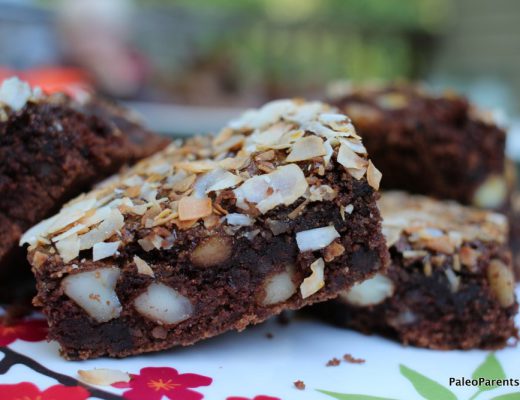