We make no secret that our desire here is to balance a “normal” life with eating the paleo diet. For us, that means adhering to the principals some 95% of the time. We’ve seen so much health improvement from the lifestyle that the decision to stick with it has become easy. Occasionally, though, for convenience or pleasure’s sake, we go off plan a bit.

For example, it is much easier for me to make jerky if I don’t slice it myself. Our local butcher sources antibiotic and hormone free beef that is grain finished, but he saves me a lot of frustration by slicing meat into jerky pieces.

When people ask us about “cheating” and eating non-paleo orthodox foods, we always tell them to strive to be as 100% as possible, but don’t beat yourself up for mistakes or making a different choice on occasion.

Sometimes, at most once a month, we will go out to a nice restaurant and relax our rules on minimally reactive foods like dairy, rice or corn. We do these things knowing that we are making a choice that isn’t perfect, but we also stick to our own rules of never eating HFCS, beans or gluten – because those foods are absolutely toxic for our family. We won’t throw our friends under the bus, but we happen to know quite a few paleo-super-stars who also choose to live their lives that way. Heck, Mark even has a philosophy written on it! Certainly, no one would mistake our recent meal at Bandolero’s to be a caveman special! At a restaurant of the utmost quality (think crispy goat, lamb, pork cheek and hand-crafted corn tortillas), Stacy firmly declined anything with gluten or beans but enjoyed a single meal with some dairy and corn (the first time in months or years).  Afterwords, Stacy found herself reacting strongly to the corn in the meal, something we’d also seen on the cruise but never otherwise.

Trying to determine if the swollen limbs and sickness could be associated with corn, we turned to our Facebook followers to try to learn if this is a common reaction. We did find out that it was likely the case from helpful friends, but what we also got was a bunch of people telling us that corn was “not paleo or allowed”, that it “contained anti-nutrients” (people trying to help, I know), and, most surprising of all, this:

You should change your blog to Sometimes Paleo. It’s not okay for some people to cheat ever.

Whoa! Slow down! I completely agree that some people need to be more strict than others. Some people have an auto-immune issue (or like Stacy, Celiac-like reactivity to gluten) and so any straying could have dire consequences. But for most people, it doesn’t have to be that way!

Take one of our best friends who we went to dinner with on the night in question. She eats anything she wants on these special occasions, including wheat. The rest of the time? She’s pretty hardcore with farm fresh eggs, raw grass-fed milk and pastured meats – no grains or processed foods of any kind in her home.

Want a more exalted example? Robb Wolf has talked several times on his podcast about indulging in rice or corn, especially when living in New Mexico. More? NomNomPaleo has even documented gluten and sugar consumption on her blog when she eats out at fancy meals. *gasp* We’ve met quite a few, and can’t think of a single paleo luminary that is 100% perfect all the time.

One of my favorite sayings is Don’t let perfect become the enemy of good. Any improvements you make to your diet will impact your health. Any slip ups will detract. But this is a very complicated equation and it’s unique to everyone. You must weigh all this together.

For Stacy, eating wheat or legumes (or now also apparently corn) will give her lots of health complications and might truly derail her progress. For me, eating dairy or corn or even wheat gives me a much less severe reaction. I can take those precautions less seriously than she can and I can eat a corn tortilla and not feel too badly about it. She can have 1 bite of a sweet and walk away; she can leave treats in the pantry for weeks. If I indulge in sweets, I am soon abusing them, and simply cannot leave them alone if they’re in the house.

The point is, if you make perfect the only acceptable way to live this lifestyle, you end up making people quit after only 3 days “because it’s too hard” or simply not even beginning at all. Diane from Balanced Bites does a much better job of describing this downward spiral in her recent, “Are You Paralyzing Others With Paleo Perfectionism?”

Remember, every step taken towards healthy is great and we need to encourage our peers positively and not over analyze every little choice. We also need to not demonize the occasional bad choices we make, just hope we learn from them and make them less often going forward. Paleo is a term to describe a lifestyle choice, it’s not a badge of honor you earn or lose.

Not being Paleo Perfect doesn’t mean you’re not paleo. It certainly doesn’t make us, “sometimes paleo” and we hope you don’t beat yourself up, since stress isn’t good for you either! 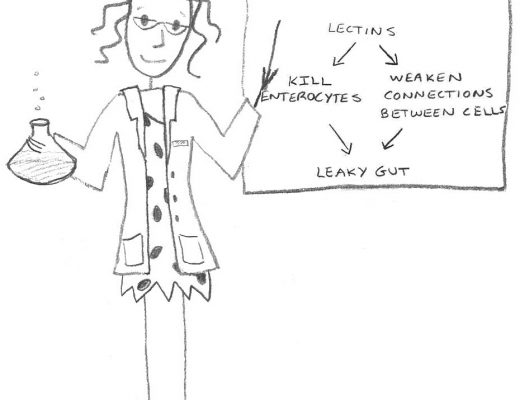 How Do Grains, Legumes and Dairy Cause a Leaky Gut? Part 1: Lectins 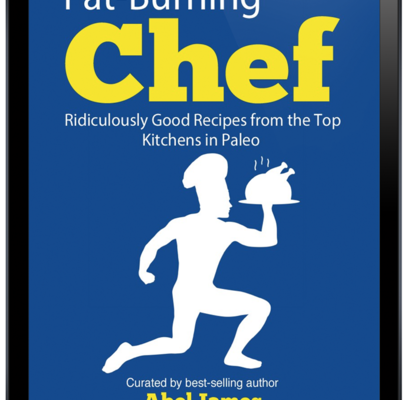 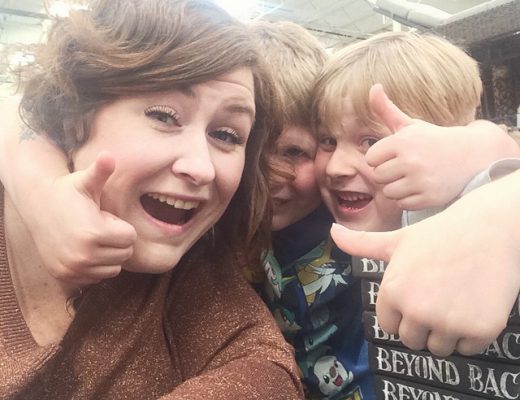 Our KITCHEN FIRE & The Best Advice Ever FROM A 7-YEAR-OLD!