Posted on April 25, 2012
If you haven’t yet heard, Wednesdays are our Guest Blogger Series day! It’s a day where Matt and I get a bit of a mid-week break while getting to share with you some of our favorite online bloggers.  And for their hard work, they get the benefit of your readership – we encourage you to please show all of them your support by visiting their blog and social media links at the end of this post!
Today’s post is from Cat of Neo-Homesteading. We encountered Cat several months back and were really intrigued by her approach to living. She’s a homeschooling at-home mom who lives in the woods and tries to live self-sufficiently. We appreciate her DIY projects, like homemade bacon and homemade mead! Also, check out her site for one of the deepest recipe catalog on the internet! Beware, you’ll end up feeling not nearly as cool as you thought you were by the time you’re done exploring!

For as long as I can remember I have been a food addict. Throughout my chaotic childhood and angsty youth, food was the one thing that kept me grounded. A jar of homemade jam or relish could always relate me to a good place and time, no matter what. As long back as I can remember I’ve struggled with my weight.

By second grade I no longer fit into the fat girl clothes in the fudgy department. By middle school I had graduated to women’s plus sized clothing. High school was an opportunity to rise from the ashes. I re-invented myself. I was no longer the fat girl but the weird girl with the tattooed head and piercings. While some feel as if they have a target on their back, mine was on my head. No longer capable of being invisible, I found my voice within and became OK with myself. In spite of all I was forced to endure, I was finally happy to be me. 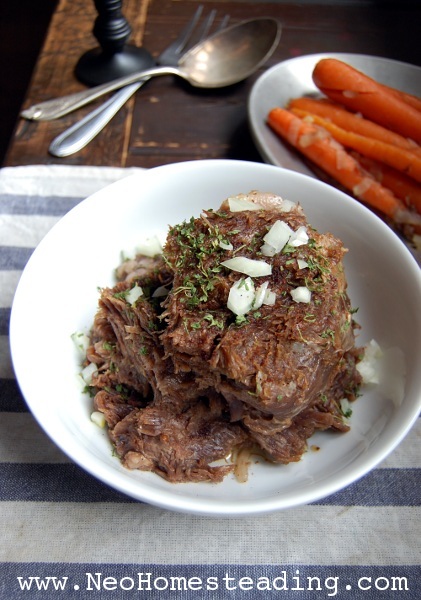 At  seventeen I moved in with my soon to be husband, at eighteen I was a new mom. We ate a lot of instant this and that until one day I woke up un-happy and un-willing to accept what I was feeding my family. I was officially the heaviest and unhappiest person I’d ever been. I was trapped by the eighty five pounds I gained during pregnancy.

There was a fast and furious transition from leather pants to flannels. So I counted my calories, I walked, I regained my mediocre body, and I still wasn’t happy. It had nothing to do with my weight. My social anxiety, depression and addictions haunted me every step of the way. Every moment of every day I felt like a drowning bird in a cage. This changed when we moved into the woods.

Some say that isolation is torture, but for me it was what finally gave me peace. Our home here in the sticks became a big part of my new, productive identity. Rural living and self-sufficiency became a way for us to maintain a closeness to the natural world, and to each other. Instead of fitting in, I simply opted out. 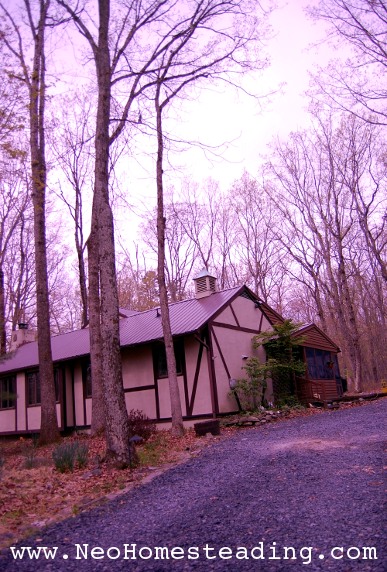 After Connor was born we realized that Riley had a significant hearing impairment. He had behavior issues out the wazoo, he was ostracized, he was suspended… a lot. Feeling as though society slammed the door in my face yet again, I decided to home school.

This was a major lifestyle change that placed us even further outside the box of “normal.” It was around this time that I decided that I wanted to share with people my families meals because we weren’t eating like most Americans. I make mead, I make jam, I make hand made memories! Although our journey as a family started almost ten years ago, the past two to four years have brought the most change.

I’ve counted my calories, I’ve eaten diet ding-dongs, I’ve almost considered Atkins. The highs and lows ping ponged me into feeling as if I was always at war with myself. What I was striving for had a name, I just did not know it yet. The fat girl in my head screams every time the word “diet” comes up. It sounds about as encouraging as a lobotomy.

I’m naturally hesitant to accept anything that restricts me, or worse yet… compares me to others. The labeling, and the desire to fit in with one another makes me feel as if I’m once again a target. Saying “I’m on a diet,” is saying to the world that there is something wrong with me the way I am.

When I first came across the paleo diet, and its followers I got the distinct impression that this was not something I wanted to affiliate with. There was a clear line between “the paleo people,” and me. I read post after post of opinionated, entitled people criticize and pick one another apart. My general opinion was that this was a group of people that had nothing better to do than put one another under the microscope.

It was like a support group for people with diet OCD, only there wasn’t much support. “cavemen didn’t eat waffles,” – and then there’s the great potato conspiracy. Demonizing food, and entire food groups does not come naturally to me.  Raining on someone else because they choose to eat potatoes or “paleo waffles” is just ridiculous. Telling someone: “just get over it and don’t eat crap” does not work for me. 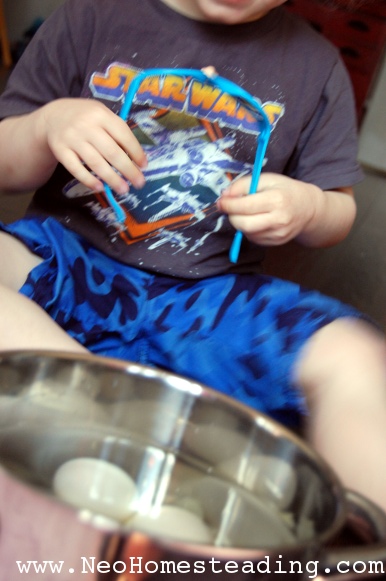 Although being an outsider essentially makes me a literary liability, I feel that  my tendency to be a black sheep is what allows me to sit back and watch the crazy train go off the rails and wreck.

Nope, I’m not a skinny tidbit, I don’t dead lift zombies and I don’t always say what I’m supposed to. I also don’t cast out people for not thinking exactly as I do. From the outside, I get to watch people pick each other to the bone.

I stumbled into Paleo Parents and instantly felt a sense of regret. Like I’d sold them short in some way. I can relate to this family! Page after page, it was clearly written out for me. Paleo isn’t some fad or crash diet, its a lifestyle that encourages whole, nutrient dense foods. We eat whole foods already, why not fine tune our habits further? Substituting regular waffles with a more nutrient dense recipe seems very common sense to me now.

Stacy, Matt, Patty from Chowstalker and a hand full of nice ladies on twitter have been more than kind and supportive. Even if I AM cranky and strange, they don’t ignore me. Chatting with them has drastically changed my opinion of the “paleo lifers.” I’m getting to a point where I’m happy to explain our diet as a whole foods diet with a paleo foundation. I have an array of picky eaters to please, and striking the perfect balance right away just won’t happen.

My kids (and husband) have held onto every last carton of ice cream, and they have hoarded Ramen as if it were some sort of illicit substance. Although they were hesitant at first, my family is just now closing in on balance after a four year purge. Closer than ever, we are holding on to a “diet” that makes us happy, and doesn’t leave us homicidal and tired. It seems to come naturally to so many people, but for us and many others like us it’s just not the case.

Just like me, most people grew up with the standard American diet and processed foods. I cherish the meals I had as a kid, and I don’t think I could do without them. Luckily I don’t have to because the foods that mean the most to me I still get to eat without feeling “guilty.” Subtle changes can be made to many of my must-haves, I’m told that many of my must-haves are as weird as I am. Is paleo-fying recipes productive to a long term goal? For some maybe not, for us … it is an absolute necessity.

Cat Morrow from Neo-Homesteading is a twenty something stay at home, homeschooling mother of two boys. Neo-Homesteading.com shares a realistic view of a family living as self-sufficiently and eco-friendly as possible. Real food and homemade wine are on the table, dishes are in the sink and this is the view from a humble chaotic home in the Pocono Mountains, Pennsylvania. 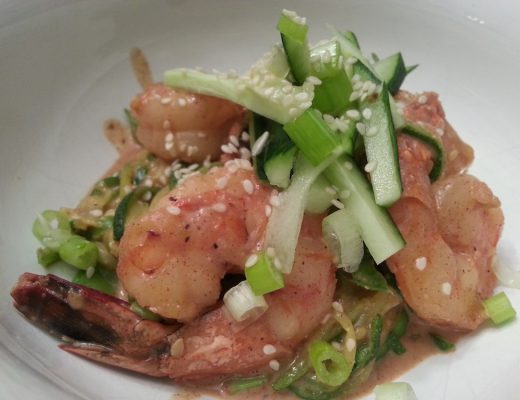 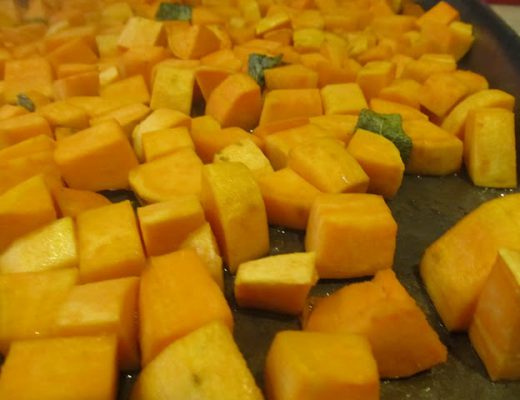