Looking back, I would describe my childhood as a testosterone fueled madhouse. I’m the oldest of four boys, the son of a father with three brothers. Days were spent in intense physical struggle as three boys literally wrestled for dominance. I pursued a lot of typical male hobbies, like sports and building, read about typical male interests like history and computers. These days, I’m the dad of three boys of my own and I see the exact behaviors in my own children.

So when I started tearing up when I saw this commercial in my father-in-law’s basement during a certain football game, it was a surprise even to me.

I’ve been a feminist since I was about 10 years old when I first encountered the term. I think, as someone who was bullied and outcast from an early age, often by other outcasts to boot, I’ve developed a very strong reaction against any kind of belittling. So when I hear someone doubt and make fun of someone just because they are female, I get upset.

In my life, despite plenty of male role models, I’ve always gravitated to women who are strong. I think of my mom who felt compelled to become an at home mom, but ended up graduating college in later years with a GPA that would make most people jealous. And of course I am constantly inspired by my wife, who often times doesn’t realize that she is doing anything extraordinary because she decided early on that she would refuse to hear “no”.

I often think of how many amazing women with limitless potential are stymied by a culture that does not value them because they are female, or that does not encourage them to pursue their talents because of an antiquated idea about gender roles. We hear all the time about those pioneers who exceeded the expectations of their day, but it’s a bit chilling to me to think of all the talent that was left behind because they had just a tad less force of will. How many other Hypatia of Alexandrias or Hedy Lamarrs did we leave behind?

And in the wake of a string of anti–feminist, anti–women incidents, I’m concerned that there’s a growing movement to throw women back into “their place”. I find that to be repugnant. It seems the tactic of these groups is brutal violence or brutal speech in an attempt to intimidate people into silence. People really seem to hate it when women speak, don’t they?

While I’m not a father of daughters (true story: although we cannot imagine it now, Stacy and I both wanted girls before Cole was born but realized it was unlikely given my family history), I do have boys that are learning how to treat women one day, and I’ve tried my best by both words and deeds to show them not to ever consider girls to be lesser. After all, they have their mother as an example. Unfortunately, a lot of sexism runs so deep we don’t notice it.

The fact is that most people don’t realize what they’re doing is harmful. Like when they asked the boy in the video about whether he was making fun of all girls and he had a moment where he realized he was implicating his sister, on accident. Most people aren’t trying to insult the women they know, it’s those other women! But every time you say something about a whole gender, you are wounding them. I know from experience how much it can hurt to be told you’re not good enough or worthy enough, and we do that to girls and women every day.

Five years ago there was only one or two women in the paleo movement with any sort of popularity. Today, they outnumber the men! I remember, though, a moment 2 1/2 years ago when someone commented and set off a bit of a controversy about the women of Paleo. Stacy has caught a lot of flack from people about her size, goals, and dedication to the lifestyle, but the topic is constantly coming up and having to be addressed. To me, it’s just another example of people telling people they’re just not good enough. After all, it’s not like all the male leaders in paleo are that lean, a fact I’m reminded of every morning when I look in the mirror.

Another example is reviews of female paleo podcasts: The Paleo View, Balanced Bites, and Everyday Paleo. In each case, there are many negative reviews that simply state that they cannot take the hosts seriously due to the use of uptalk in their speech patterns. Mind you, Robb Wolf does the same thing. There’s a significant number of people who have decided that speech patterns or vocal inflections (the most recent bugaboo is “vocal fry”) are what explains the fact that they are unable to see a woman as a voice of authority. Likely these people have no idea the statement of sexism they’re making, because it’s just engrained in them to not like something – without wondering why.

Be the Change You Wish to See

And there’s the role model problem in entertainment. As a man, I have no shortage of other men being portrayed as heroic and worthy leaders anywhere I turn. But it takes flukes to get people to realize that girls want that for themselves, too. Why was Frozen a surprise? Why did they go right back into production on more boy-centered movies right after? Bridesmaids was a hit. Where are all the female centered comedies? And why when they try something new is the male response “STOP RUINING MY CHILDHOOD!“? The hardest thing to do in life is change how you unconsciously act. It’s even harder to change the way people have been acting for thousands of years. But I’m starting with my boys, who are learning that words have power. And with great power comes the great responsibility to shape what message people hear. 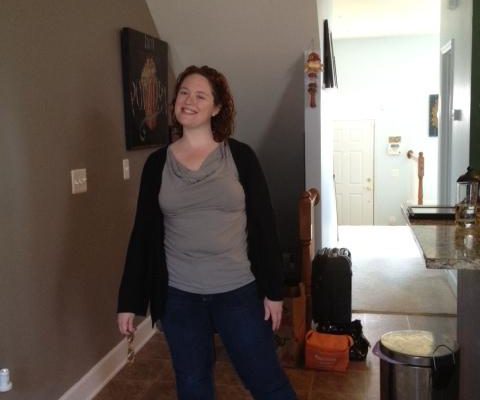 Guest Post: Healthy Amelia, Getting Past the Weight Loss Mindset 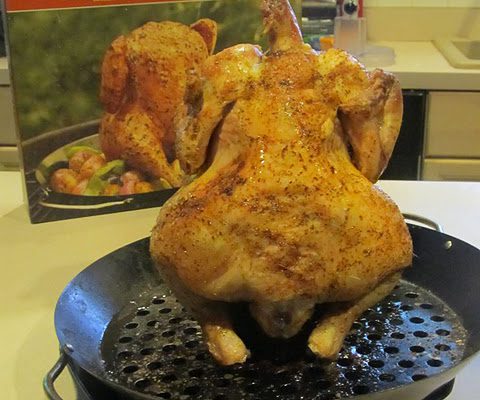 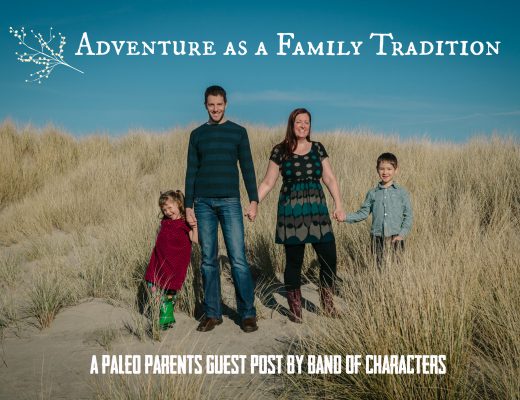 Guest Post: Adventure as a Family Tradition, Band of Characters