Focus Your Effort on Where You Can Help

I’m a science guy and always have been. I was the kid in first grade who knew that he wanted to be a paleontologist: I knew the word and even how to spell it. In third grade I had moved on to astrophysicist because I loved space. In fifth grade I had seen Indiana Jones and was certain that I should be an archaeologist. In seventh grade I saw so many psychologists (from depression, ADD, ADHD, you name it) I had decided that that’s where my future lay. In ninth grade I found chemical reactions so fascinating I figured I could be a chemist. By the time I graduated high school I had returned to my first love and read so many books on evolution I felt destined to study the big picture of evolutionary biology.

But life will sometimes conspire against you. It turns out that I had a strong depressive streak that pairs very well with an inherent lack of confidence.  This led me to being 3/4 into an English degree before dropping out to work on computers in my early 20’s. But the ideas of science has always stuck with me. As an ethos, science makes so much sense to me: if what you are saying is true, we should be able to demonstrate its truth over and over again. 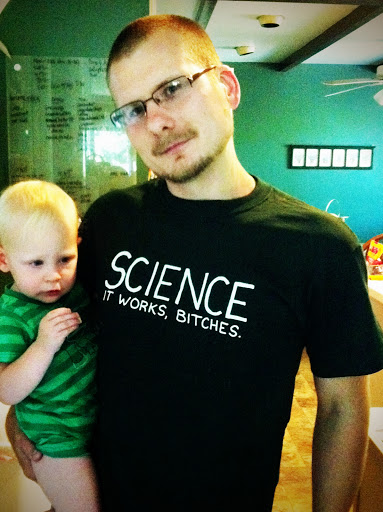 Side note: When Robb Wolf recently caused a ripple through twitter by using this XKCD comic in a presentation, I knew of the comic already and knew it’s explanation. You see, a graph of the energy density of the background radiation of the cosmos and is perhaps the most classic example of theory predicting a later discovery, hence science working.

Which brings me to a bit of a crisis of faith, to a degree. You see, I’m a stay-at-home dad. In fact, I often call myself a professional parent, paid mainly in affection (granted, this turn of phrase may just be a sop to my bruised masculinity). I spend all day with my children and think that it in and of itself as very important. Unfortunately, the less sentimental and more analytical part of my brain reminds me of studies that say that what I’ve devoted the last three years of my life to is essentially (statistically) inconsequential.

It’s true! Sadly I have to admit, the essential effect of good parenting is likely very negligible. Studies have also compared the various parenting techniques only to find that the best indicator of successful kids is successful parents (the most succinct discussion of this is found in Freakonomics). In seriousness, my children have two fairly intelligent parents, they’re pretty well set up to be successful. One of their parents is a highly successful, over achieving fantastic human being, which makes them likely to be the same. Their other parent is me, but – eh – I try not to dwell on the negative.

There are some things, however, that do influence kids. Specifically, it’s been shown that behaviors and habits can be passed down parent to child. For example, smoker parents make smoker children (article is written here) despite no known genetic link. The conclusion is clear: you may not influence how successful your children are or how smart they are or how ambitious they are, but you influence what they do.

If this is the case, then setting up your children with good eating habits and good exercising habits may be the most impactful thing you an do as a parent. I know in my case I saw my dad eat giant bowls of ice cream every night growing up and decided that must be what made an adult. I woke up some 20 years later as an overweight adult obsessed with sweets. Stacy was the same; her mother took turns on the dieting yo-yo, setting up her daughter for similar weight and health struggles. That’s not to say we don’t value our parents for other wonderful things they did (hi, Dad!) but we hope to be different. We hope our kids will be different. 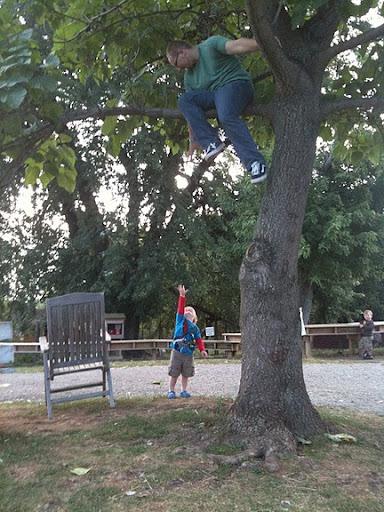 They say that indoctrination is a bad thing. I say nay. Indoctrination into harmful beliefs and practices is bad, but there is a very short window in your child’s life where you get to truly influence them. We use every opportunity we have to discuss with our kids what we eat, why we eat it and how it affects our bodies.  It’s empowered our kids with information they feel comfortable and confident with.

The kids ask people, “does that have wheat or dairy in it?” They’ll also yell “eww” at TV commercials of factory food and encourage other kids to “at least try” vegetables.  Just this weekend Stacy offered the boys the opportunity to share a small serving of ice cream after a hot day picking fruits and veggies at the farm. Finn asked “Does it have dairy in it?” and when he was informed this was in fact cow’s milk based ice cream he told his own mother, “No, I don’t want that ice cream. I don’t eat dairy.”  And Cole recently figured out on his own, that he could still participate in McDonald’s breakfast with his grandfather after sleepovers by ordering only eggs, sausage and bacon for breakfast.  It’s amazing how modelling good habits has instilled in them a sense and drive to follow suit on their own, independently.

We hope our actions are setting our children up with a taste for health that will last a long, long lifetime.  Because really, there’s not much more you really have control over.  It seems a hard concept to recognize sometimes, your little babies as their own person – it feels like you should be able to control them.  But really they’re already nearly fully formed beings just using you as protection from predators. 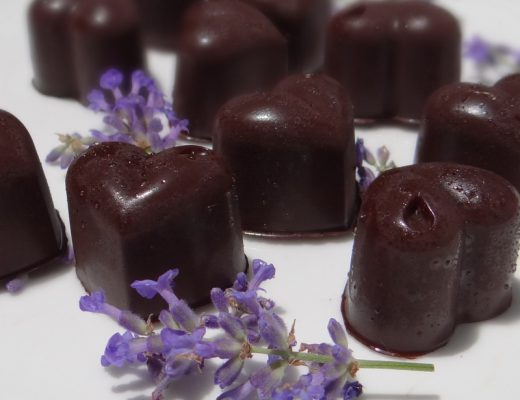 Guest Post: Reintroducing Foods on the AIP and Recipe for Homemade Chocolates 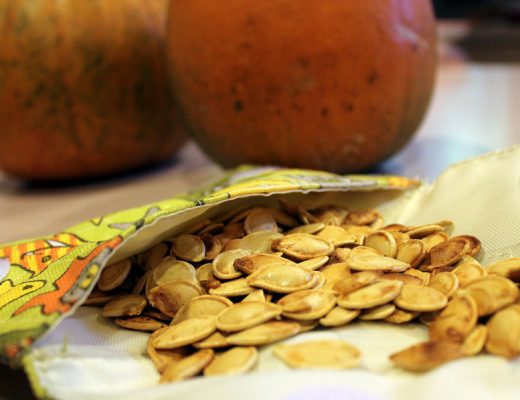 Halloween is Not Scary 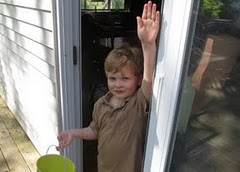