It seems to me that people are leaving the word “paleo” behind.

If you don’t realize “paleo” is a 4-letter-word in some circles, here’s where it’s time to wake up. It’s not that these people are changing the way they eat at all, but rather disassociating themselves with the movement.

For example, when you get post like this one from Cheeseslave, a popular blogger who eats a whole food diet, you wonder about whether the word is sustainable for the long term.  Clearly the movement is sustainable, it’s an evolving diet whose definition and interpretation is different today than the day the “founding fathers” wrote their books, and the darn thing’s been around for eons.

But the word. The classification of it being a finite definition, a box everything fits into, naturally drives heated discussions on what is or isn’t paleo. The term paleo, and people associated with it, often times are viewed negatively.

Even the biggest paleo conference in existence calls themselves ancestral health. You have paleo allied individuals starting up their own brands. I get why they’re doing that. Because a large part of the real food eating population sees us as zealots, extreme cultists who take things too far. That’s not because of our over arching principals, it’s because of a specific subset of people behaving that way.

We hear all the time, “I’m not really paleo. I’m more primal like Mark Sisson” or from newcomers to our blog or Facebook, “I’m new to Paleo but have been grain, dairy and refined sugar-free for 3 years, following GAPS, WAPF and SCD.”

Well, I mean, I guess if you believe what you read then paleo people are the ones posting stuff like this all over r/paleo (Reddit Paleo) and PaleoHacks. It comes across, not surprisingly, that if you haven’t been hard-core like those people, you’re not granted permission to use the paleo label.

No wonder people are finding new things to call themselves!

The loudest (note I’m not saying most popular or majority of) members of our movement tend to be self-righteous, pompous, and were seemingly birthed into the world of Paleo eating liver and sweet potatoes from day one, having never transitioned themselves or remembering what their old lifestyle and diet was like.

Paleo people cross-fit, they don’t have lingering fat and skin from being metabolically broken for a lifetime, struggle with their health, and certainly they are unwilling to make accommodations for the struggles you face as a family.

We’ve seen this taking shape for a while within the community, but now it’s perceived outside of it as well. People are noticing, paleo people have a stereotype. If that’s all paleo people are, they represent about 2% of the population and cannot relate to the majority of America who are overweight and obese.

So guess what happens to those families that take a look at the science of Paleo? They read bestselling books like Wheat Belly and Paleo Solution, and they’re excited to change their health. And then they’re told that if they succumb to eating a “grain-free cookie” (because even though the term Paleo helps people find what they’re looking for in a Google search bar, us bloggers are hunted down if we use the term) they’re having sex with their pants on. Well, never mind then, I’ll just keep packing this Candy Corn Oreo in my kids’ lunch boxes then.

How are we expecting the world to get on board?

We’ve gotten to an embarrassing level of the movement when people are arguing about whether or not ground beef is too processed and crosses the line into “not paleo”. Quite a few people are getting turned off by the kind of judgmental attitude that seems prevalent in the community.

Is attacking our own really helping all the people who need to find even just the basic principles? We’ve got paleo people trying to kick people out of the movement, stripping them of “being paleo”. Some are horrified at the world around them. That very world, I mind you, we’re hoping to reach out and help.

Many claim to be models of perfection to the rest of us, which it not only blatantly untrue – but it can certainly wear down the resolve of the exact people they wish to inspire. You’ll notice, true leaders never claim to be perfect but rather walk with you on a path to finding the ideal. 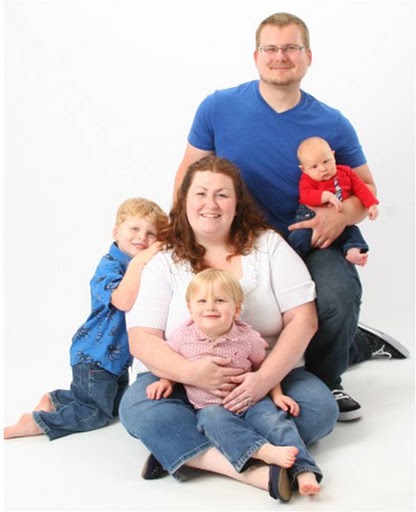 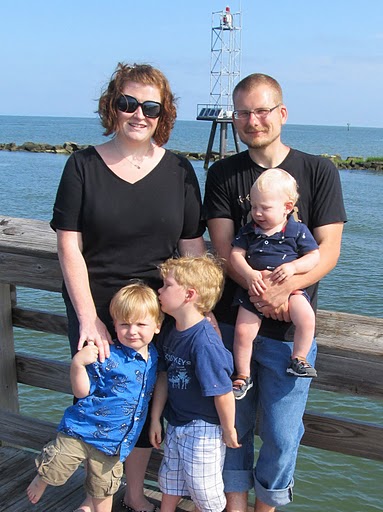 Still the Fattest People in Paleo!

Then of course there’s the inevitable drama. Who’d want to hang out with a bunch of people that call each other (and us) names and start “wars” and secret blogs?

We think this kind of obsessiveness from within our community misses the point of trying to be healthy.

For us, it’s no secret that we’ve tried to ally ourselves with gluten-free bloggers as a matter of broadening the paleo base. In addition, we’ve really enjoyed our interactions with the Weston A. Price groups and enjoy their ideas as well. And now that Stacy’s been doing the auto-immune protocol, we’ve been involved with those groups more and more.

Because that’s what a movement is, spreading the word in a positive and uplifting manner to whomever will listen, with whatever part of the message they want to hear.

However, in response to one of the many idiotic things we read about ourselves (specifically, that our book is gluten-free, not paleo), Stacy shouted, “Maybe we ought to change the name of the blog! If we’re not paleo, how does DinosaurFamily.com sound?” Why, however, we’ll always be the Paleo Parents.

We can’t let a small percentage of our population drag us down. We can’t let that change us. After all, it was Robb Wolf and The Paleo Solution that got us here. That’s where we got the motivation to lose 210 pounds, to change the health of our kids, start a blog, to change everything about how we live our lives.

There’s another segment of “paleo people” – it’s the very community that has embraced this blog and accepted our point of view. It’s a point of view that some may negatively define as grain-free and fat, where others see us as a unique example of paleo for the modern American.

It’s not just us. Wonderful, powerful, supportive, empathetic paleo people exist – I know they do, because I’m friends with them. Without the help of Cave Girl Eats, BalancedBites and Primal Palate as well as our paleo-centric-publisher, we would not have a popular book. Without Free the Animal, no one would know our story. Without Civilized Caveman, Robb Wolf, Chowstalker, Nom Nom Paleo, Angelo, and countless other supportive friends in the community, you wouldn’t know us.

It’s because of the quality readers and newcomers we do get, who tell us that because of us they don’t feel intimidated or overwhelmed, that they feel inspired, like they can actually change their health that we have tolerated the hypocrisy and insanity we see and read within the community for as long as we have. 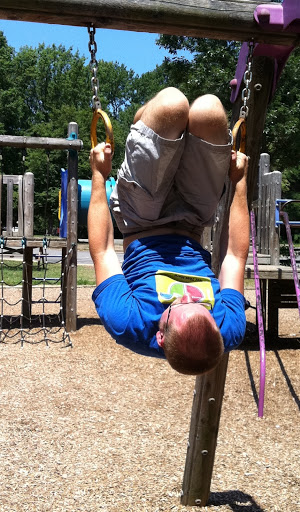 Or discover that we could be fit, too! 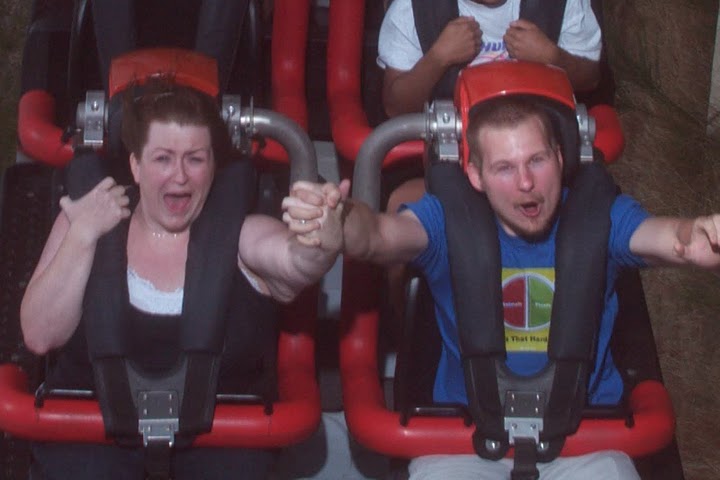 But enough is enough of this high school Mean Girls behavior.

This in-fighting and nit-picking isn’t going to get us anywhere. We need all of you, our friends and readers, to help perpetuate a positive message to help spread the word and success of life-after-paleo. Because after all, for all the trouble people seem to have with the term, it’s just a word representing a movement.

We get to shape the movement, and we get to take back the word. It’s our word. We own it, for all it’s faults. We can take it back!

Don’t let paleo become a 4-letter-word. Don’t walk away from it (the movement or the word) because you let some testerone-hopped-up-mean-spirited-judgemental-so-and-so make you feel bad about that thing you did that wasn’t Paleo Perfectionist compliant.

Stand up to the judgey-McJudgertons! Show the rest of the world that the majority of us aren’t stuck-up jerks, that the lifestyle is about – above all else – finding health & happiness. 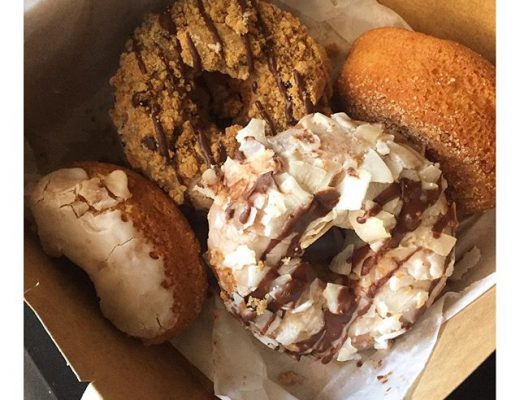 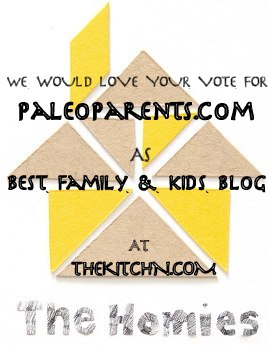 We Wanna Be Your Homie! 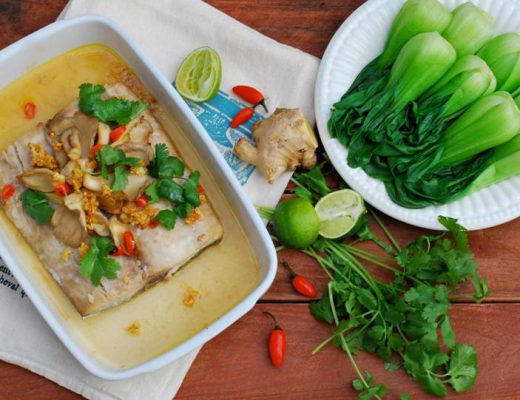