We’re 200lbs lighter, healthier than we ever thought possible, prospering in every aspect of our lives.

Yet, every day I fight my inner emotions to not shut the blog down and return to our “normal” suburban-ness.

Let me be clear, I’m grateful, thankful and humbled everyday by the amazing support and friendships we’ve made through this community. I’ve met some fantastic life-long friends, who I would otherwise never know. And for that alone, it is all worth it.

I’m also stupefied and shocked by the volume of praise and life changing stories arriving in our inbox, comments and Facebook wall. I don’t know how us, a pair of parents who simply loved the science some smarter people were putting out, fell into this position. But it has happened, and we seem to inspire quite a few people and somehow seem to be making a difference.

Hear me when I say, learning of the changes we’re inspiring is without a doubt the single thing that has kept us going.

Because, the past few months in the paleo-sphere of Matt & Stacy? Well, despite all the wonderful support and numerous things to be grateful for, in honesty they have also sucked. I’m emotional, to a fault. I’m a perfectionist. I’m hard on myself and frankly, I can’t take criticism if it’s not constructive.

Let’s recap what we don’t talk about, the downsides to running this blog:

Yes, I’m whining. Yes, I’ve put myself out there and this is the price I pay. But that’s why I say – well, maybe I just shouldn’t be out there anymore.

We’re fortunate. I have a great job. We don’t need income from the blog. We’re not counting on book sales (of course, we’re hoping to make back the money we invested but that’s really the extent of our expectations). I like writing. I like finding, supporting and promoting business who have philosophies I support. And most importantly, I used to love blogging.

Our one philosophy at the blog has always been to be more personal and less corporate. At every crossroads, the decision to share more has been the right one. Just the same, every time we’ve turned down an opportunity to make money from the blog it has been the right one. The few ways we’ve chosen to make money are all in line with what we believe in (the book, a few affiliates to products we actually use like Amazon, and that’s it).

We’re not looking to make this a career. I’m not a nutritionist. Matt’s not a scientist. We’re not pediatricians. We’re simply people who read some stuff other smarter people wrote, got inspired, made some life-changing discoveries and wanted to share.

We decided to write a book for our children, so that they could have something to pull off the bookshelves for themselves. The fact that people have enjoyed our work is amazing and we appreciate it, sincerely. But… I like my job, my career. There’s plenty of pressure in that daily part of my life to keep me stressed and busy. This was never supposed to be that.

It was a place to share. To spread cheer. To write down recipes we wanted to remember because they were good. And then a whirlwind of opportunity and change swept us off our feet about 12 months ago, and life hasn’t been the same since.

I stopped losing weight. Matt had to go back on his meds, because he’s not sleeping and avoiding caffeine the way he needs to. All our free time is spent with the internet, making this blog work. Our poor children don’t get deserved quality time with us.

And then now on top of it all, I’m being watched and monitored in the very way Matt’s always feared.

I had a conversation with a friend on vacation that was partially overheard by someone. I was relaying what someone else had told me they’d seen and read on the internet. Having not been on the internet for a full week, this friend and I bounced back and forth about what went down and why it possibly happened.

And passerbys heard bits and pieces of this story, and assumed, without context, that I was making hurtful statements about some people that everyone knows. And then they reported it back to the people whom I was discussing. And then I got e-mails about it.

Remember the part where I said I don’t like criticism that’s not constructive? Yeah, I also don’t like being watched, monitored, or having my words twisted. Especially without the accusing party asking or confronting me about it (although to the party being discussed, they did respectfully confront us and we explained what happened). Apparently, we’re now “public figures” who can now be officially gossiped about.

Sometimes I feel like we gatecrashed the paleo party without an official invitation. And it upsets some people, especially because we eat waffles and cupcakes and we’re still fat.

So what the heck am I supposed to do?

Because without this thing, I would likely be happier. I would define myself to strangers as having a miraculous health improvement. I’d look at my fulfilled, joyful life full of fortune and declare our lives to be perfect. I’d say we’ve got more than most people dream of ever having, and we’ve still got years to go!

It’s two years after we found our key to happiness, and yet the more seriously I take this and try to share our story, the more it ends up upsetting me and I want to walk away.

But I know that it’s helping to save lives.
So I’m asking. Sincerely. What would you do?

We aren’t intending to quit this blog entirely, but recent conversations have made us come to realize that this is not a career for us and we need to figure out exactly what it is for us and how to manage our level of involvement. We just want to feel like this always: 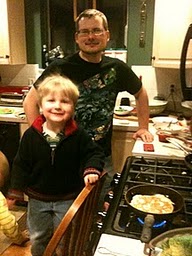 Make Your Own Omelet Night 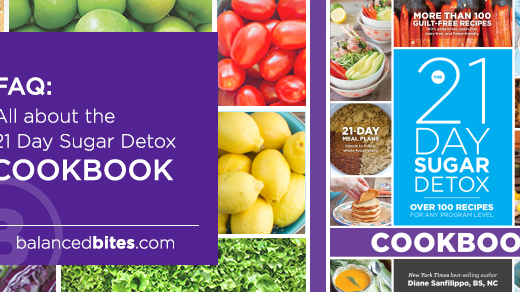 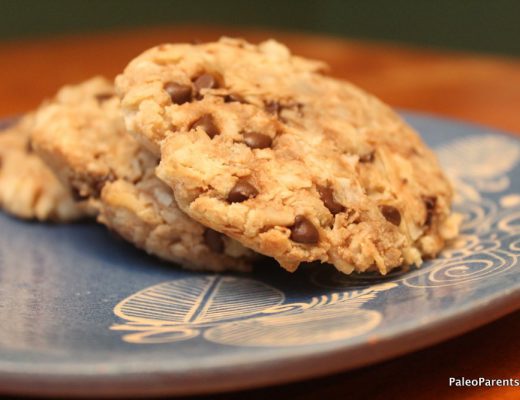