This post makes repeated references to a favorite poem of mine (which I reread recently because Lea told me to read more poetry). For those who don’t know it, check out Wiki for the scoop. For those that do and claim that I am misinterpreting the poem, you’re likely correct. I’ve reversed the meaning on purpose to make my point. Luckily, Coleridge is not around to get upset and, even if he was, would be too stoned to care.)

In Xanadu did Kubla Khan
A stately pleasure-dome decree :
Where Alph, the sacred river, ran
Through caverns measureless to man
Down to a sunless sea.
–Kubla Khan, Samuel Taylor Coleridge

The first time I saw the Carnival Magic, I thought it was a marvel of human engineering and truly a wonder. It’s amazing what you can do with steel and plastic to create a floating skyscraper, tipped on its side. This crazy thing had fourteen decks (plus three crew decks) and was a thousand feet long. A lap around the thing was close to half a mile. Fully loaded, it toted 13,000+ tons around the Caribbean with a draft of 27 feet (draft being the distance from waterline to bottom of the ship; this statistic blew my mind). What a boat!

On the inside was every amenity of a luxury Vegas hotel with bars, shops and restaurants, casinos and shows, games and pools. Some things ran for 24 hours. You could do anything from pulse-raising action to snooze-inducing relaxation. If one were to try to design a stately pleasure dome like Kublai Khan, it might be this. But if you’re anything like me, the knock on the door that sends you racing out of the warm opium-haze vision of Xanadu and back into cold reality is the arrival of the passengers.

Now two years ago (as of last week), Stacy and I didn’t care about our health too much and had pretty much given up on ever being healthy. That said, nothing we had ever done before prepared us for witnessing the astounding gluttony elicited by this temple of consumerism. I feel like I saw every single deadly sin exploited to its maximum.

Seeing terrible self-destructive behavior over and over again was pretty shocking. Over and over we witnessed people pile up their plates with five desserts at once, then take the elevator a single floor, only to bake themselves scarlet on the deck while chugging margaritas. Frankly, it began to border on the absurd.

Now in many ways I’m no one to talk. I did spend a good portion of my life embracing all my baser desires, after all. And still to this day I often feel compelled to eat things that are not good for me. Now that I feel like my eyes have been opened to how every little decision can conglomerate into dire health consequences, my overwhelming feeling about what I was witnessing was abject despair.

What country do we live in when the singular thought of so many is indulgence? I saw middle aged, severely overweight women in Rascal scooters traipsing up the elevators to the buffet(at least) three times a day to stuff their faces with unlimited pizza, ice cream, cake, cheesecake, brownies, cupcakes and french fries.

Every night red-nosed, stumbling men would guzzle Jack-and-Cokes while hammering slot machine buttons for hours on end. False women in skimpy swimsuits roasted themselves while sipping sugary drinks and complaining about the lack of moving sidewalks.

I wasn’t visiting the pleasure houses of far away Mongols, but rather a death camp. This isn’t about judgement. This is about an honest assessment of what this culture culminated, moreover what Americans appear to be drawn to for celebratory occasions. It’s not just harmless vacation behavior. It is a mentality gone horribly wrong. All of these actions are not in anyway life affirming.

I get, of course, that they too were on vacation. But it seemed clear to me that for most of these people what I was seeing was simply an amplified version of their daily lives. Our vacation indulgences (a few over all 7 days) paled in comparison to what seemed the “norm”.

Ultimately, we were sick, bloated, and moody as a result of our splurges: hardly a treat! I can’t imagine what daily free-for-alls will do to your body. Well, OK maybe I can imagine.

As we’ve mentioned previously, we spent a lot of time with our new Aussie best friend on this trip. It was a fascinating experience to look at my own country with an outsiders eyes.

Her first reaction was to our ads, which they don’t have in other countries. This country’s marketing is killing us. We have ads for terrible, unhealthy food and sugary drinks paired with more ads for money-sucking pleasure pursuits, and, finally, the medications to prop you up after you’ve destroyed your health.

It’s no wonder we’ve got this going on!

I’m, honestly, an optimist. I truly believe that once people have proper education they will voluntarily make the best choices because people are generally good. Why else would I invest all this time into this website if I didn’t?

My faith in that is a bit shaken.

I’m not the type that usually makes America/Roman Empire comparisons, but I’ll indulge this version of Godwin’s Law for just a moment. In the dying days of the Empire, citizens would ingest emetics so that they could indulge in additional gluttony (Hunger Games fans may remember something similar from Catching Fire).

I overheard two girls on the cruise describe a morning of hangover sickness on their way through the buffet line. I saw another man get up from a slot machine to expunge his stomach, only to return to the same machine minutes later. This is willing self-destruction!

Even our fellow Low Carb Cruise (plenty of paleo friends too, don’t think this is just because “Low Carb isn’t Paleo”) compatriots were not immune. On the final days we heard many people talk about their regrets about their indulgences – us included.

If even we attending for a health conference can’t guard ourselves against the siren’s song, who can? I’m worried about our country. Our health is in a downward spiral and I see no desire in these people to figure out the problem and pull back on the yoke.

We can’t keep blaming industry. We’re in a capitalist culture. They’re doing their job: creating a stimulated economy. It’s our job to take care of ourselves and turn against things that are killing us.

And all who heard should see them there,
And all should cry, Beware! Beware!
-Kubla Khan, Samuel Taylor Coleridge

And so what am I, a lowly, poorly informed health and diet blogger to do in the face of such insurmountable odds? What could I even attempt to do?

You and I, my paleo friends, are in excellent shape compared to so many! We can be our own leaders in a new revolution.

Be a beacon of hope to those who find themselves borne swiftly along the river Alph towards the dark and sunless sea. Smile. Share your joy. Share your success story, whatever it may be. Resist that treat at the next party you go to and answer honestly when someone asks why. Because it not worth the price you pay with your health.

While on our trip, we got to bear witness and give testimony about the life changing value of diet change. We were sure to share not just our story, but that of our boys’ and the profound changes stepping away from the glutenous consumerist mindset brought about in them.

I don’t know how many will change their lives, but some will and those few might bear fruit of their own and more lives will be saved. And in this way we can fight against the pull of the many who don’t care about the health of human beings. We have got to change the world, because the alternative is too scary to face. 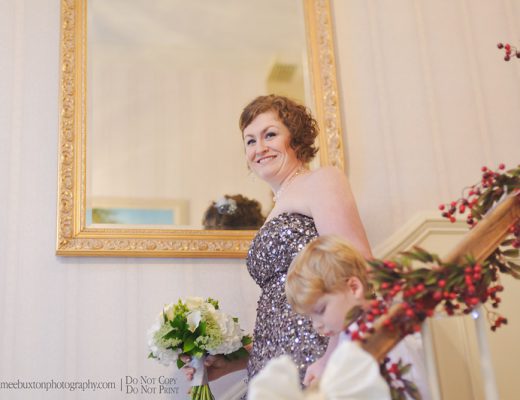 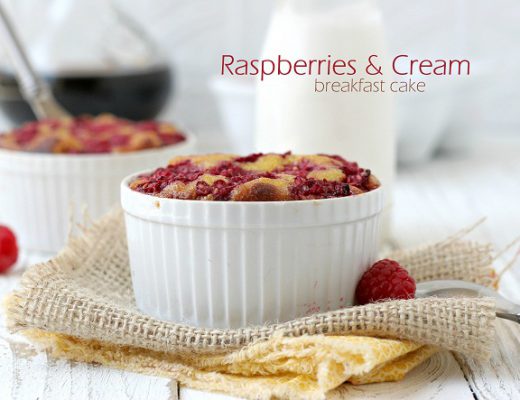 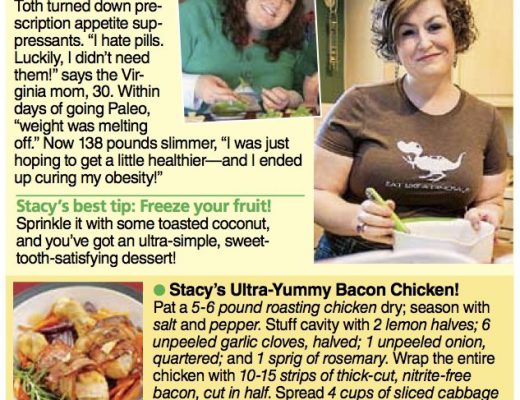 Stacy, the Face of Paleo in Woman's World Magazine