One of the cool things about being totally rad bloggers and authors is getting to try things out early. Sometimes, though, that comes with some problems. For example, the amazingly talented minds behind Nom Nom Paleo invited us to review their new iPad app a couple months back. Unfortunately, we didn’t own an iPad. Won’t it work on our iPhones or our iMac or our Macbook (I know, so much Apple products in one family is downright ridiculous)? Of course not.

We were feeling sad and left out because of this, but thought we would make due without. Until, that is, Stacy got to try it out at PaleoFX in March and was so overwhelmed by how beautiful and incredible it is that she decided we would make it happen.

And that’s how it is that we went out and acquired an iPad for one app (which makes our Apple consumption completely obscene). Not that we’re not enjoying and using it for many other things, too.

As skeptical as I was that any one app would be worth the expenditure, I was so impressed by fantastic result of the Nom Team’s effort that I came around and decided my kitchen needed more Noms in it. Here’s why:

It’s beautiful! All the photos are vibrantly colored and appetizing. You ever encounter someone so talented it terrifies you and makes you despair of ever thinking of entering the same field? That’s what I feel like every time I look at anything in here. I look at this picture and I want to tear up copies of Eat Like a Dinosaur!

Every single step of these delicious recipes has its own page with directions and process photos. You’ll never be confused about if your food is looking correct! Better yet, it’s got seriously handy tools that you didn’t even know you needed.

This is the recipe card, the text portion of the app where it will run down everything in a single scrolling page. Notice something cool? Yep, that’s right: a shopping list. Check off those items and Nom Nom will make you your very own shopping list to take to the store. This feature is so genius that I don’t know if I can cook without it again!

Anything tricky or less familiar has its own call out box so that you can learn these concepts. Pretty awesome.

Not only that but it’s great for kids as well. We wrote a kids book, but an app has the interactivity that the written word can’t possibly match. The kids love to scroll through all the recipes, looking at the beautiful pictures. Cole can now pick out his recipe and check off the ingredients we still need. I can still hear them pointing out all the recipes they want to make!

I’m seriously jealous. This is so much more user friendly and efficient that a cookbook. I honestly feel that I’m looking at the future of recipe books here!

And that’s the best way to look at what’s going on here. It’s a cookbook plus. For $4.99 for the Starter Set and $.99 for each additional set, you end up getting a completely gorgeous and unique cookbook for a little more that half of what Amazon sells our book. What a tremendous bargain.

Oh, and before you bother Nom Nom, I’ll answer your most pressing question. Unfortunately, this is only for the iPad. So no support for iPhones and computers or Android, including Kindle and Nook. Understandably, there was significant development investment cost. The Noms have said if they make enough money on this app to make it worthwhile, they’ll look into other platforms too. So, tell your friends to buy it if they have an iPad but you don’t!

And if you do have a iPad and want the app, though, why don’t we gjve you a copy?

Winner will be selected in two days on 5/3, so enter quickly! 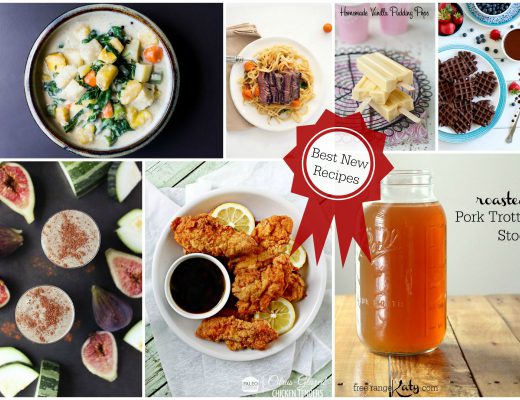 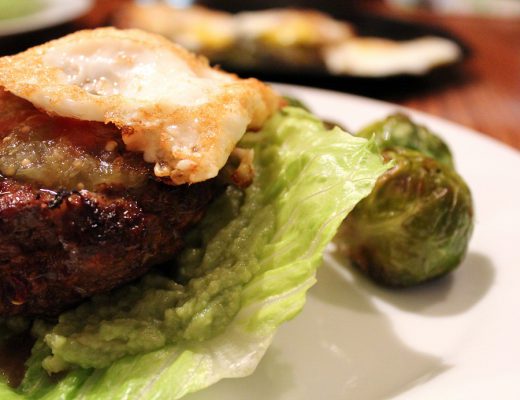