It’s Round-Up time! The Superbowl is fast approaching, and we know that those parties can be filled with junkfood and health hazzards, but it doesn’t have to be. We asked Marla, of Paleo Porn to do this guest post and round-up for us, since this is a particular area of expertise for her. Her cookbook, Pigskin Paleo, is an awesome resource for all of the Paleo football fans out there, and she is sharing a fan favorite recipe from the book for Bacon Wrapped Chorizo Poppers just for you guys. What an awesome party recipe! Thanks so much for sharing Marla! We have added all of Marla’s suggestions to our “Recipes to Try: Snacks and Finger Foods” Pinterest Board. Be sure to check it out and follow the board for great party food ideas from us and all of our favorite Paleo bloggers. Let’s plan a party!

To some the Super Bowl means a super bowl of chips with a side of a cheese like substance, all washed down with a can of carbonated HFCS. But that’s not for you. You have your Paleo Super Bowl menu all lined up. You’re ready for game day.

No? It’s a week before the big game and you’re still searching high and low for the perfect paleo recipes that will satisfy both the Paleo and non-Paleo alike? Well look no further, I’ve go you covered with my 2014 Super Bowl Menu, including a couple fan favorites from my game day cookbook, Pigskin Paleo, and some of the best game day recipes from around the web.

But first a little about me.

Shortly after quitting my job as a High School Math Teacher I was able to refocus all of that previously expended energy into cooking and not only refine my palette, but refuel my love for great food. It wasn’t that long ago, but when we started there weren’t nearly as many Paleo resources as there are today so I spent our first two years creating my own Paleo versions of SAD (Standard American Diet) recipes.

As I dug deeper and began creating more recipes from scratch Jeff began to encourage me to publish my creations on the web and eventually a Paleo cookbook. In 2012 the dream of publishing my very own cookbook finally became a reality with the release of Pigskin Paleo.

Pigskin Paleo: Game Day Recipes hit bookshelves on September 5, 2012, bringing together my favorite game day recipes compiled from the first four years of our Paleo adventures. It was only fitting that when we finally moved forward with my first book we decided to couple my love for Paleo with my love for football – sorry to any Packers fans reading this, but the cover of Pigskin says “not for cheeseheads” for good reason 😉 GO BEARS!

With the Super Bowl right around the corner Stacy asked me to stop by and share my 2014 Paleo Super Bowl menu so let’s get to it!

From the high flying action of the game, to the hilarious commercials, to the Bruno Mars halftime show, this year there’s going to be a little something for everyone on Super Bowl Sunday, including those of us who love to prepare a Paleo feast!

I’m going to keep it Paleo and in an effort to help you do the same the following is my 2014 game day menu. Plan ahead, pick up a few ingredients and your buds will thank you… your taste buds, that is. 😉

My first instinct in creating this year’s menu was of course to pick my favorite recipe from Pigskin Paleo, but to pick a fave would be a lot like asking Matt and Stacy which of the boys is their favorite. Pigskin is my baby, my first, the culmination of a heck of a lot of work and, as a result, each and every one of the recipes have a very special place in my heart.

Despite the impossibility of picking my own favorite, there are two recipes that far and away have resulted in the most Mmmms and Ahhhs. The Pigskin Paleo fan favorites that I included in this year’s menu are Apple Pie in a Bowl and Bacon Wrapped Chicken Chorizo Poppers, which is the recipe found below.

You’re going to want to double, triple or quadruple the number of poppers that you prepare, trust me. Once they hit your guest’s lips they’ll be gone before you know it. Don’t ask me how but these poppers somehow defy the laws of time and space.

I created these Bacon Wrapped Chicken Chorizo Poppers a few years ago for a bacon competition and after many MANY pounds of bacon testing (to get tired of eating bacon my be an impossibility) I finally found the perfect combination.

The sweetness of the date blends with the spice of the chorizo and red pepper flakes to enhance the flavors of every bite. And if you’re chickening out (see what I did there?) because these poppers are served in a jalapeño boat, don’t even think about it! Once the seeds are removed and everything is broiled together the jalapeño chili is as docile as a house cat in catnip.

These aren’t your typical poppers! Much love and care has gone into this recipe and they will be a showstopper for sure. (Note: If you’re serving children or anyone sensitive to spice, simply remove the red pepper flakes)

I hope you loves these flavor poppin’ poppers as much as we do. And if you’re hungry for more pick up a copy of Pigskin Paleo to plan your next game day or party menu. The NFL season may be going on hiatus, but that doesn’t mean sharing a great meal with friends has to! 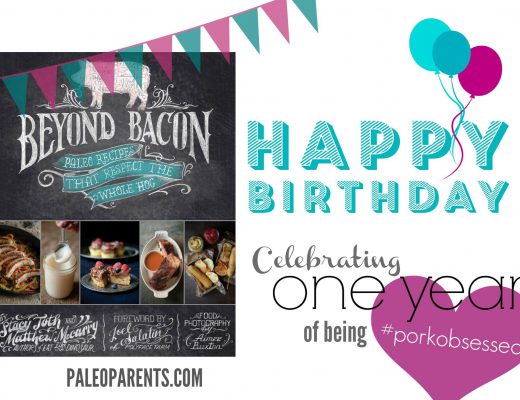 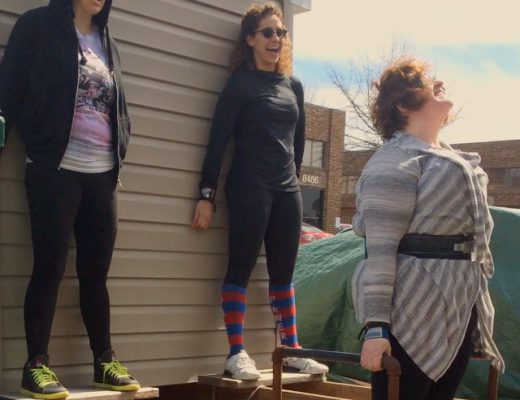 Weekend Wrap Up: HOW We SURVIVED 15 Hours In The Car… No Junk Food & No Electronics! Plus, Finn’s Bday & More! 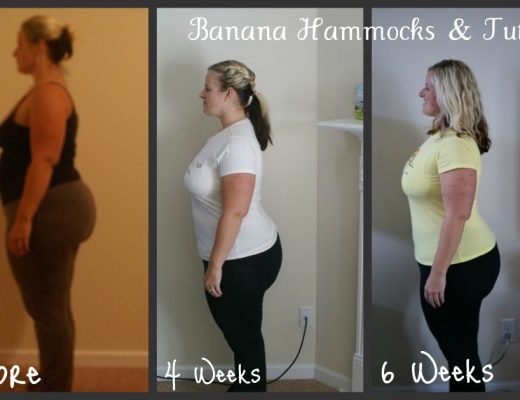 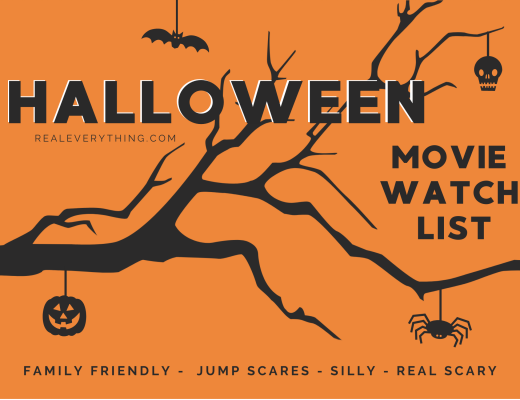