Now that 2012 is over, I went and looked back at what our most popular posts from the previous year were. I was actually pleasantly surprised that almost everything we do was broadly represented among the top posts of the year! That’s quite encouraging, as it sometimes feels like the only things we do that get a response are cookies, and I often don’t even eat the sweets that we make!

I thought that some of you might have missed these posts, particularly the ones from last winter, so here I am posing as Casey Kasem and counting down the hits for you and perhaps providing some director’s commentary!

Back in June, fresh off of launching our book and going on the Low Carb Cruise, feeling exhausted and just wanting a break, we suddenly remembered that it was Amanda Gates’s, the illustrator of Eat Like a Dinosaur, birthday. Not only that, but she had requested the Samoa Cake Balls, her favorite recipe from the book. Now anyone who’s made cake balls of any sort knows that they are a long, complicated and messy proposition, not to be taken on by the bleary, verge of a breakdown blogger. Thus is born the simpler, but perhaps more delicious, Samoa Brownie! You’ll find many gluten-free bloggers on the ‘net talking about the magical deliciousness of these brownies, as we brought them to Shirley’s GFE Support Group meeting where many women bloggers fell in love with them.

Nothing is more exciting for a couple, I feel, than the successful completion of a difficult project that you worked on together. In our lives together, Stacy and I have completed exactly four major projects. Three were children and one was a book. In each case, the release of completion made me feel very much in love with my spouse. And writing the book had no medical restrictions on the expression of such affection! Reflecting on that very amorous time in my life, I realized that this increased libido on both our parts was a real selling point for paleo. Thus was born my humble appeal to the husbands in your life.

Stacy, the Face of Paleo in Woman’s World Magazine

Our success story, for a brief period of time before more people found how much success this lifestyle could bring, was one of the biggest in the paleo blogosphere. Thus, we, and particularly Stacy, became a pretty popular reference when people needed inspiration to try paleo. At some point, that meant that we got a call from the biggest woman-focused supermarket tabloid! They interviewed Stacy and had a photo session and in a few weeks, we were in checkout lines all across the US. Funny thing, though, is that they had no idea what type of woman they had on their hands. They said wear a floral print dress and smile big! Stacy said, “I don’t own any floral dresses and I don’t smile.” They liked our recipes though!

On the road one day, we stopped at a small town health food store (For Goodness Sake in Leesburg, VA) and bought some terrific gluten-free cookies from a company that, according to our gluten-free blogger friends, actually has a terrible reputation for keeping gluten contamination out of their food. Having fallen in love with these grain-free cookies, we set about recreating them. I read the ingredients list and taught myself how to make it! Turns out, they’re more delicious when you make them at home! Stacy says they’re the best chocolate chip cookies we’ve ever made.

One of the best things about having this blog is meeting all the other amazing bloggers out there. And then even better than that, having them help you! When Stacy went on the autoimmune protocol, she found that none of the cookies or breakfasts she used to eat would fit. Luckily, she contacted the best paleo baker she knew and challenged her to make her cookies! And look how fabulous they turned out! Be sure to look for Danielle’s book next year!

We love stuffed peppers. Heck, we love stuffed everything, frankly. But in Stacy’s Eastern European tradition, these dishes so often contain bread crumbs or rice. In the very early days of this blog, we had remade stuffed bell peppers with quinoa, but not long after we gave up pseudo-grains, too. When we got a craving early last year, we decided it was time to capture on film the true paleo version. This time? We made them better! With cauliflower and delciousness! And, timely as it is, it was a recipe Stacy ate often on her last 21 Day Sugar Detox – which we’re doing again right now…

How to Enjoy Bacon without a Gallbladder

In 2006 (pre-Paleo) Stacy started getting intense pain in her right side, just under the rib cage. I remember those attacks, those trips to the emergency room, the anguished looks she had during those painful hours where nothing would soothe her. She ended up having her gallbladder removed and the attacks (not the cause of that sympom) disappeared, but it’s not like removing an organ with an actual function has no effect. Until she found paleo, Stacy had constant digestive issues. In this post, she talks about those changes and how she is now able to cope with these issues. Later this year we also guest blogged on BalancedBites, hosted The Paleo Mom’s awesome follow-up about the science and dedicated an entire podcast to the gallbladder.

Sometimes, one of us gets a terribly monstrous idea that just has to be done. This is one of those. A friend of ours pinned the original recipe and asked Stacy to paleo-ize it. Who would have thought that this was even a thing you would do? Well, it turns out that nothing is a better dip for apples than cookie dough with chocolate candies and nuts. Actually, this works with lots of stuff. Try it with fried and salted plantains. George even fell into the clutches of this one. Trust us. You’re welcome.

When you first start paleo, you give up many things you loved before. Among those foods are usually pastas and cream and cheese. So the idea of making a creamy spaghetti dish seems impossible. Well, we were in the middle of a 21 Day Sugar Detox and looking for something NEW to make for once. Necessity is the mother of invention… So left to her own devices, Stacy ran head first at the impossible to see if something would work. This? This works! It’s probably one of our favorite dishes ever and we’re including it in Beyond Bacon! See the new photo here.

To this day, I am personally petrified by the possibility of letting our fans down, of not living up to the ideal, of being judged for my failures. I know Stacy has similar feelings. Tonight she watched a Durian Rider video (I’m not linking it on purpose because we don’t want that guy to get any more traffic from his trash than he already has) in which he unflatteringly compares vegan and (not even actual) paleo women. Why? For fear of seeing herself as an example of a fat and unhealthy paleo woman. In light of that and the occasional criticism and hate mail that we get, I wrote this confessional about how it feels to still be fat and advocate for a health movement. The reaction was overwhelming and heartwarming!

Seeing this as the number two post of the year was a bit of a surprise to me, but I don’t know why it should have been. We are constantly getting questions about what to feed kids for lunch and our friends from Primal Kitchen not only answer that question, but also teach you how to get your kids to WANT that lunch! This was one of the posts that inspired us to actually create the guest post series that continues to this day.

One morning Stacy woke me up and told me she wanted me to take unflattering pictures of her. That moment. Not knowing what in the world she was doing, I tried to turn it into a really fun time – I kept telling her to make funny faces and look as weird as possible. The results really touched a nerve with people, as this post is by FAR the most popular thing we’ve ever done. Even more so than her extremely trafficked B&A page.

People really responded to Stacy being real and sharing so much of herself. I think she’s the bravest woman in the world. But what do I know? I’ve only watched her get braver for 11 years. 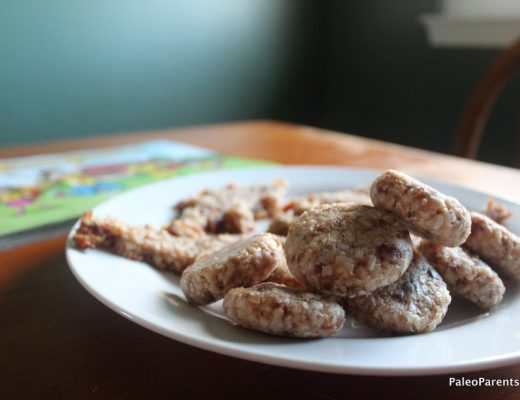 Our Review of Paleo Pals: Jimmy and the Carrot Rocket Ship 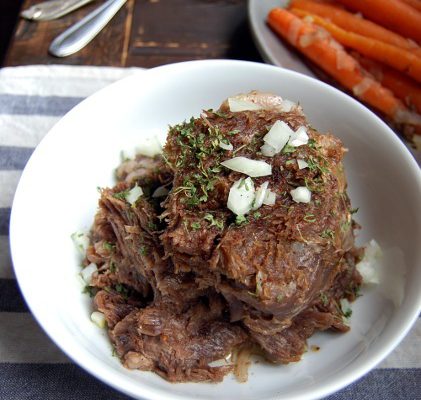 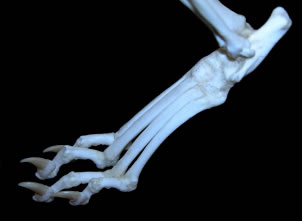 Walk Barefoot or Why LeBron Is Indestructible