Our Before & After Story 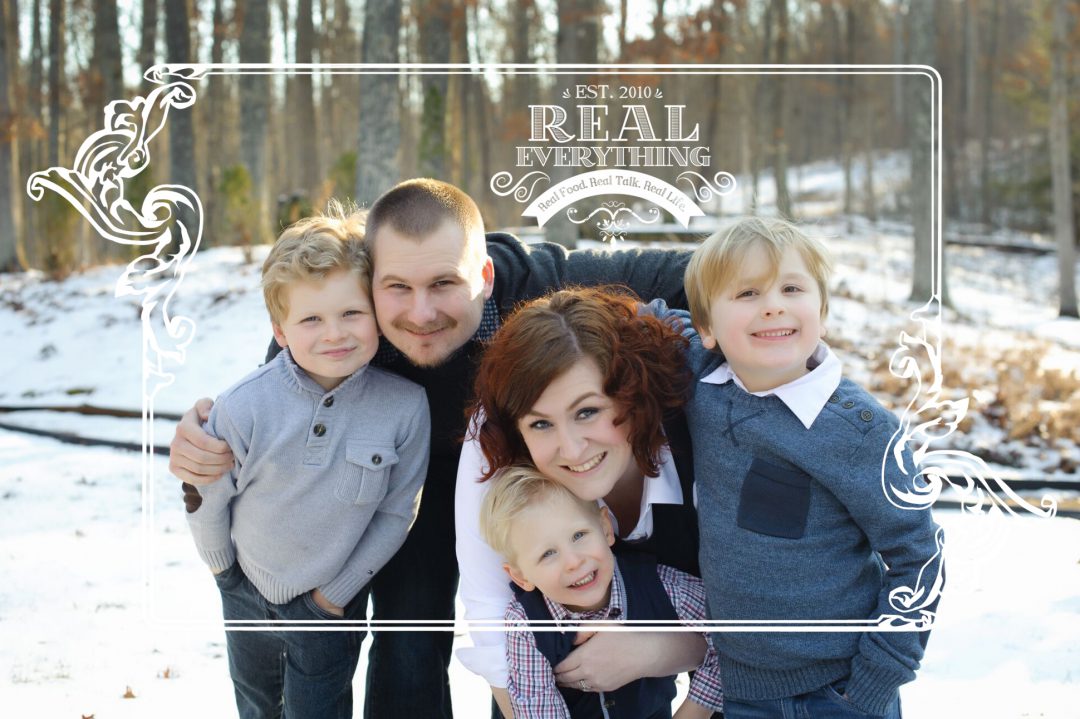 Our Before & After story started in 2010 when Stacy left the hospital with her 3rd baby boy, 3 caesarean scars and missing a gall bladder at 336 pounds. She felt miserable, exhausted and defeated.  She’d been obese for most of her life and had no lasting success with any weight loss plan she tried. She decided she needed to make a change, and did a quick internet search on “dairy free diets” since, as a nursing mother, she always gave up cow’s milk to avoid newborns having colic.  There, in the depths of Google she discovered the word “Paleo diet.” Finally a dietary system that made sense to her! Foods based on evolution, biology and what our bodies really want.

The weight immediately started melting off – friends, family and the doctor’s office really couldn’t believe it. Best of all though, was an improved attitude with more energy and a desire to get up and do things; no post-partum depression! The intestinal problems she once faced since having her gallbladder out were gone. Heart-burn, sleep irregularities and utter exhaustion (even though she had 3 boys aged 5 and under) disappeared.  After a year, her cholesterol, blood pressure, and thyroid were at a normal level. Even a seriously concerning white cell count, which made her blood work look like someone with a severe infectious disease, miraculously resolved itself. By the time the next spring rolled around, she was a new person. Read more about Stacy here.

Meanwhile, Matthew, her other half was so impressed with her success that he lugged his own internet jockey’s body to the starting line as well. He too experienced immediate changes. He went from being a sack of lard to a leaned out near-athlete, down over 60lbs of fat in the same year. His own severe anxiety and depression improved, and his seasonal and pet allergies disappeared. Of course, being parents that both wanted our children to live their best lives and selfishly not have to make multiple meals… we became an entire family focused on healthy & wellness. Read more about Matt here.

Cole, born in 2005, had always had behavioral, self-control issues that led to him nearly being expelled from preschool for repeated incidents of hurting children. Always a wonderfully nice boy with never any malice intent, his brain and body just weren’t connecting for him to be able to find self control.  Hugs became tackles and playful games of superheroes on the playground led to choke holds in the mulch.  The dietary changes put him in control of his body immediately.  He became a renewed person, the one we knew was there all along, almost overnight. By the end of kindergarten he was praised as being not only the best behaved child in class but the “healthiest eater” as well.   The facts that his asthma disappeared were cherries on the Paleo sundae. As he became older we’ve had to modify the lifestyle to adapt to his ADHD and are thrilled to report he embodies health & happiness right now – something we feared we may never achieve! Read Cole’s favorite things here.

Finian, born in 2008, has had a myriad of skin and allergy sensitivities.  His ailments ranged from eczema to severe pet allergies. Since initiating a Paleo diet, he hasn’t had so much as a patch of dry skin and was able to visit his grandmother’s house with 2 150lbs hairy dogs without a fever, let alone a sneeze or runny eyes.  Finn was also showing early signs of ADD which both preschool and his doctor worried may lead to a need medication in order to succeed in school. Fortunately, with the Paleo diet, his ability to focus and pay attention immediately resolved and he’s now in an advanced program in school with no problems at all. Read about Finian’s favorite things here.

Which brings us to Wesley, born in 2010, our Paleo baby. Wes proves how drastically we can all benefit from Paleo foods – as he is the happiest child you’d ever hope to see. A magnetic, smart and ear to ear grin at all times.  The lucky kid’s never had to struggle with colic, gas, a diaper rash or even a rough night’s sleep. He’s always been a happy sleeper, through the night since near birth. Additionally, where the other boys had frequent fevers (a symptom which would have perhaps led them to their mother’s white blood cell count abnormalities) Wes has never even been sick. Ever. He’s never been on antibiotics at 6 years old! He’d much rather happily put away 3 whole hamburger patties and smile for more. Read Wesley’s favorite things here.

While we started this journey as the Paleo Parents, we’re not this family anymore. Wes is now in elementary school and our lives have completely shifted to what our 3 boys are interested in. We feel lucky we get to spend quality time together and do our absolute best to not lose sight of how utterly important that is to our family’s health and wellness.

While our ultimate goal was to simply have the energy to play with our kids and live a long life to meet their children’s children, we recognize that good fortune is upon us and now we turn our focus to the other parts of who our family is – focused on real food, real talk, and real life. We invite our boys blog with us, podcast with us, and even interrupt our Facebook live videos topless. They love helping with our social media, recipes and photo shoots – sometimes. When they’re not into it, you’ll see us go a bit quiet as we spend time focused on them.

These are the moments that bring us joy, that make us real. We hope that as this journey moves on towards all the things that bring our family joy, you too can find inspiration in following your passion!