We are pretty excited about this review and giveaway! It’s the first time we’ve given away an electronic gadget along with an ebook (hint hint) and we are just giddy! We were so honored to be included in Fat Burning Chef when it was first launched, as it was a truly all-star collection of the biggest names in paleo cooking. Who wouldn’t want to be sitting next to the likes of Civilized Caveman, PaleOMG, and Against All Grain? So when we heard they were revising, adding more recipes and relaunching, we were definitely on board for that! Check out this fantastic ebook assembled by The Fat Burning Man himself, Abel James, and see if you can resist this deal: recipes from more than 25 talented bloggers in one book! See what our new assistant had to say about this ebook:

Hey Guys! Katy here – assistant to the best bosses in the world. No, really. Stacy and Matt are the bomb to work for, and already I have had a blast. One of the reasons they are so awesome is that they only participate in reviews and projects that they really believe in, and they have high standards. It’s refreshing! If they don’t like it, they pass without hesitation. Of course, they wholeheartedly participated in this project and it was so fun to review!

For me, once I found out about the Paleo lifestyle, I was hooked instantly, and I became obsessed with learning everything I could about it. I bought all the books I could afford to learn the ins and outs of the science of the Paleo diet, and at the same time I became a Paleo food blog stalker – hardcore. I actually never even looked at food blogs until I “went Paleo.” How crazy is that? Even now, I rarely ever look at other food blogs if they aren’t Paleo – I just don’t like being tempted by things I can’t eat.

So when I “went Paleo,” I stopped looking at most of my cookbooks. And I have an INSANELY  large collection. About half of my collection consists of baking and pastry cookbooks, because at one time my goal was to be a professional pastry chef. Then I found out I was intolerant to gluten in a major way. I’m not going to lie, I went through a big grieving period. So I banished all of my cookbooks, and just looked at Paleo food blogs instead.

I slowly started to buy Paleo cookbooks as they came out, but being a twenty-something girl on a budget, I honestly couldn’t afford to buy them ALL. I mean, I was spending my hard earned money on grassfed beef, pastured pork, organic veggies, almond flour, coconut oil, and dozens and dozens of pastured eggs.

This year, it seems like there has been an explosion of Paleo cookbooks, and it’s awesome! It was not that long ago that there were hardly ANY cookbooks and guidebooks to help people succeed in the Paleo lifestyle, but it seems that now many of the top selling cookbooks on Amazon are Paleo, and some are even NY Times Best Sellers! Go team!

So if you are like me, and you need to make your pennies count, how do you decide which one to buy? Enter  Fat-Burning Chef, Ridiculously Good Recipes from the Top Kitchens in Paleo.

This beautiful ebook is a montage of all the who’s-who in Paleo, gleaning the best recipes from all of my favorite people, who I blog-stalk on a regular basis, including Stacy and Matt. This is the second time that Abel James of fatburningman.com and The Fat-Burning Man Show has launched this book, and he has added 25 new recipes, a beautifully redesigned interior, and 3 new authors.

Take a look at all of the #awesomesauce contributors! (by the way, there is a recipe for “Awesome Sauce” in the book!)

Why I Love It

I don’t know if you know this about me, but I’m completely #porkobsessed and I am also in love with avocados, and anything smoked, so of course this recipe was made just for me. And George is definitely a Paleo All-Star chef!

Is there anything better than perfect scallops? Oh yeah, scallops with bacon, garlic and butter!

Not only do I love apple butter, but I love how easy this recipe is, and anything Juli does is just amazing. I have food blog stalked her for a long time.

I made my first Crème Brulee when I was fourteen, and for a long time it was my “signature dish,” so I’m thrilled that I don’t have to give it up! I love following Rachel on instagram too! We are #totes #instagirlfriends

Where to Get It

For a limited time through the holidays, the relaunch of the ebook is priced at $27, which is a 40% savings.

To make the deal even sweeter, when you buy the Fat Burning Chef, you get a second copy for free to give away to a friend or family member! I love a good BOGO!

The reduced price and BOGO will only be available through Christmas Eve (12/24/13) so hurry and snag yours at:

YES, I said a TABLET!

When researching which tablet to give away, I turned to my dad for a suggestion. My dad works for Intel as a computer programmer, and not only is he a research fiend, but is a wealth of inside information about the latest and greatest, especially when it comes to functionality and affordability. He recommended Dell’s new line of tablets called “Venue” and praised it for its high definition resolution, flexible open platform, and of course – its powered by a dual-core Intel® Atom™ processor. My uncle, who also works at Intel, bought one as well.  Take it from me, its high praise when these two computer nerd brothers both recommend a gadget.

We have chosen the sleek and lightweight Dell Venue 8 to giveaway with a copy of the Fat Burning Chef ebook, so all you have to do to enter this giveaway is follow these easy steps: 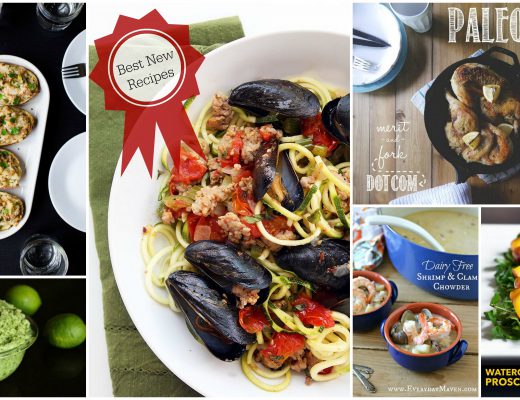 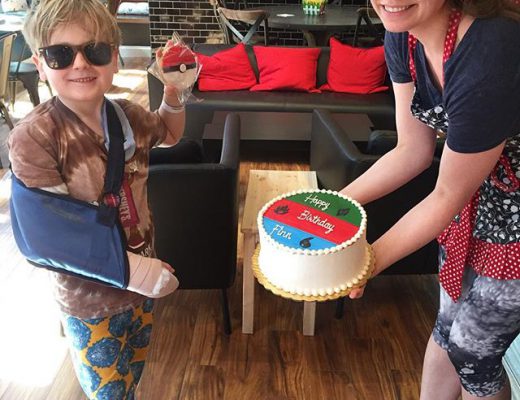 All about Paleo Marshmallows + Our First Broken Bone 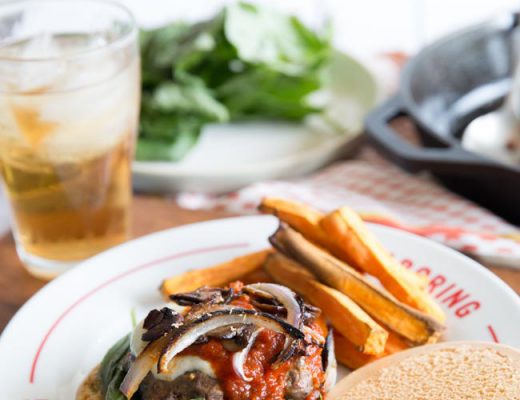