Pork Stuffing Casserole from Beyond Bacon

Yesterday on our Facebook page we shared the photo of our Pork Stuffing Casserole from Beyond Bacon. For years I would make Thanksgiving dinner for our combined families and the request would always be “Stuffing, but not some sub-par, gross internet recipe. It has to be Stovetop brand stuffing”. Yes, seriously. I was told I had to make the Kraft stuff in the box. And no pleas to read the label would ever change their minds! High fructose corn syrup is the second ingredient!

Once we started making everything without grains from scratch, we definitely tried lots of alternatives. But, unfortunately, the thing that really makes stuffing taste the way it does is the bread. And nothing we could find could really replicate that texture. So we just stopped eating stuffing at Thanksgiving the first few years we were paleo…

So it came to pass that we were writing Beyond Bacon about this time last year and Thanksgiving was rattling around in Stacy’s brain. She pleaded with me to give it one last shot and make a “real” stuffing. And finally, I finally hit the mark. You remember when I said I refused to call something a pancake and put it on the site until we perfected it? And then you loved our Easy Peasy Pancakes? Same story here.

We label this a “casserole” merely for the fact that this is to be cooked OUTSIDE of the bird. Do not attempt to shove my creation inside a turkey! That poor turkey is going to be subjected to a ton of other stress Thanksgiving day. The last thing he needs is pork jammed inside his body. But! If you make this as we specify, you will have a very respectable stuffing that even your mother-in-law, who’s 20 year perfected stuffing is a ancient family secret, will love. A stuffing so amazing that your cousin who refuses to consume anything that doesn’t have a corporate manufacturer attached to it will still eat it. A stuffing so tasty that your uncle’s third serving of it will be what makes him unbuckle his belt.

It was truly one of our favorite recipes that we created while writing the book. This is the real deal, friends! It has the “breadiness” of original recipe stuffing without, you know, the bread. We’re making a large batch of this deliciousness for our Thanksgiving feast! And then likely every week thereafter, since Stacy believes it to be a perfect food, balanced with protein and carbs from fruit and vegetables instead of bread.

What makes this dish incredibly special is the balance of flavor of the savory and slightly sweet tartness from the fresh cranberries. We know you all are going to ask what can be substituted and I’m going to argue nothing… but, if you must violate this recipe the only reasonable substitute for cranberries would be a tart green apple. Of course, if you can’t have almond flour you can use our suggested replacement.

If you can’t find fresh cranberries for this dish, use thawed, flash-frozen cranberries or diced green apple instead. Dried cranberries will be too sweet; it’s the tartness that’s needed to balance the sausage spices.

If you haven’t already purchased Beyond Bacon perhaps this recipe will change your mind. We HIGHLY suggest pairing it with our Sweet Potato Drop Biscuits and Rosemary Carrot Mash, too. It’s pictured here with tender, juicy and delicious meat from The Bacon Chicken. Look at that… 4 of over 100 sensational dishes right from Beyond Bacon perfect for your next Thanksgiving! 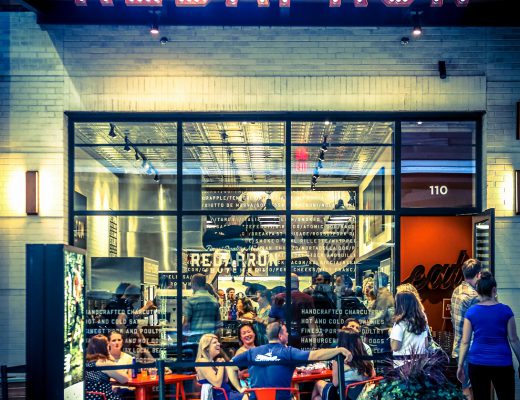 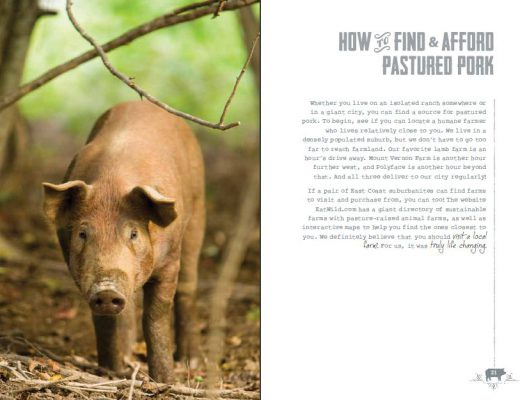 Get the “Ordering a Whole Pig” Section of Beyond Bacon Early! 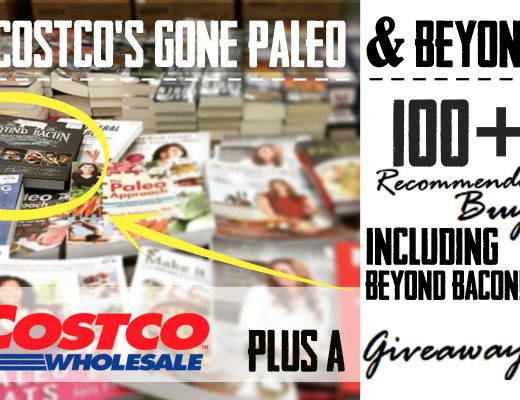 Costco’s Gone Paleo & Beyond: 100+ Recommended Buys, including Beyond Bacon and a GIVEAWAY!