May the sixth represents the anniversary of our introduction to paleo and, like in previous years, we like to take this time to reflect on what we’ve done during these eventful years. Perhaps a little history lesson is in order on this occasion!

It all starts back in May of 2010. Stacy was pregnant with Wesley and was on the internet looking for ice cream. During previous pregnancies, her consumption of dairy led to colic and gas in our infants. So, she was looking up dairy-free ice cream recipes to prepare for giving up the cow once again. Stacy stumbled upon one recipe that called itself a “paleo” ice cream, thus beginning a several hours long Google search to find out exactly what paleo was.

Now keep in mind that this was the dark ages for paleo. The Paleo Solution was still four months away, Mark Sisson had just released the first Primal Blueprint about a year before and Loren Cordain’s The Paleo Diet was in obscurity and still recommended canola oil and diet coke. Information was hard to come by and many of the blogs that you know and love were yet to emerge. Robb Wolf and Sarah Fragoso were out there, but the most important blogs, particularly the most important recipe blogs, were yet to emerge (Nom Nom Paleo and Primal Palate would begin very soon after Paleo Parents).

After reading The Paleo Diet cover to cover in a couple days, Stacy was ready to switch over. We mark our anniversary on the same date that Wesley was born, because Stacy began her paleo journey the moment she left the hospital. The rest of us soon followed and we all started seeing remarkable effects. See our ‘Before and After’ story for more on that. But the cool thing was that we started a tiny tumblr blog. Everything that’s happened since then has been crazy! Here is our paleo timeline:

June 28, 2010: First blog post by Matt. It is, as typical, a not-as-smart-as-he-thinks-he-is rant about being honest about the connection between meat and death.

July 30, 2010: The first recipe on the blog for Bacon-Wrapped Scallop Kebabs. We started very humbly indeed!

Fall, 2010: “Hey, you want to become more serious about this blog thing and buy a domain?” PaleoParents.com is officially born!

February, 2011: We move off of Tumblr and start hosting our own WordPress.org site, thanks to the help of our good friend Rochelle who then hosted us for free for years, which was helpful since we didn’t make any money on the blog during that time! First WordPress blog entry was called “Gram of Protein per Pound”

March 3, 2011: Stacy posts about losing 100 pounds, the first popular article on our blog.

April 22, 2011: We release the Paleo Parents Pamphlet (now replaced by our Free Quick & Easy Start Guide) the first time we attempted to write something for mass consumption. Some of the concepts in the pamphlet made their way into Eat Like a Dinosaur.

May 23, 2011: Long time friend Kerry writes about her paleo journey in our first guest post.

July 18, 2011: We invite over our first paleo friend Liz Wolfe of RealFoodLiz (at the time blogging at CaveGirlEats). During this visit, we decide to write Eat Like a Dinosaur!

August 1, 2011: We’ve lost 200 pounds between us, prompting a very successful article called “What it feels like to lose 200 pounds”

September 7, 2011: We visit Polyface Farm (coincidentally meeting the founders of AHS that day there) and meet our second paleo friends, Primal Palate.

September 10, 2011: Stacy reaches her goal of being under 200 pounds by age 30 using an ultimately dangerous, unhealthy diet technique that would soon backfire on her, causing health issues she still deals with today.

November 2, 2011: Our first successful Meat Up! On this occasion, we met our good friend and future collaborator Aimee Buxton!

January 21, 2012: Stacy and Matt celebrate 10 years together with a crazy awesome vow renewal! We shared it in five parts.

March 14, 2012: The first appearance of our friend Sarah Ballantyne, the Paleo Mom!

March 27, 2012: “Your Non-Cooperative Spouse“, about how to deal with husbands who don’t support your paleo.

May 5, 2012: We go on the Low Carb Cruise. We returned saddened by the cruise lifestyle.

July 16, 2012: Stacy’s talks openly about her health crisis and she goes on Autoimmune protocol for the first time. She hasn’t eaten a tomato since.

January 19, 2013: We make Easy Peasy Pancakes, which I humbly submit are the very best pancakes in Paleo.

January 29, 2013: We share sunflower seed flour (ground-breaking at the time), the only nut-free one-to-one replacement for almond flour we’ve found.

February 22, 2013: Mark Sisson guests on The Paleo View, which is still our most downloaded episode.

February 28,2013: Unable to write books, upkeep the website, podcast, and make the rest of our lives happen, we finally ask our friends to help us write posts for the blog.

April 11, 2013: The first time Stacy shares her skin care routine, a topic that continues to be the subject of much discussion.

April 19, 2013: The first time Monica, our beloved friend and collaborator, posts on the site. She would quickly become an indispensable partner to us.

July 8, 2013: Possibly the highlight of our paleo experience, we have a release party with all our friends for Beyond Bacon.

July 20, 2013: Stacy launches her short lived side project “Hey Girl, Paleo“. Anyone have time to pick this back up?

January 28, 2014: Stacy tells the tale of how The Paleo Approach saved her health.

April 1, 2014: We announce our next book, How to Eat Like a Giant Ground Sloth… I mean Real Life Paleo!

April 18, 2014: In honor of returning from the third Paleo F(x), we start posting the Weekend Wrap Up.

May 15, 2014: Stacy talks about how strength training also strengthened her emotionally.

October 2, 2014: The first Tutorial Thursday is about apples.

November 4, 2014: Real Life Paleo is released! Stacy and I begin our book tour!

December 20, 2014: Self Respect Is the New Self Love, my favorite article Stacy has ever written.

December 25th, 2014: We announce our first bundle, The Family Resolution Revolution (yes, we are planning more!).

January 5, 2015: Stacy writes about the paleo challenge cycle of constantly going on and off plan and how damaging it can be.

March 3, 2015: The infamous Costco post that may or may not have gotten Beyond Bacon on the Costco shelves.

March 14, 2015: Stacy does a follow up on her skincare and make up routines and products

As you can see, we’ve had an extremely eventful five years full of lots of success, some setbacks, and a whole lot of Paleo. Here’s to five more years of sharing the journey with all of you! 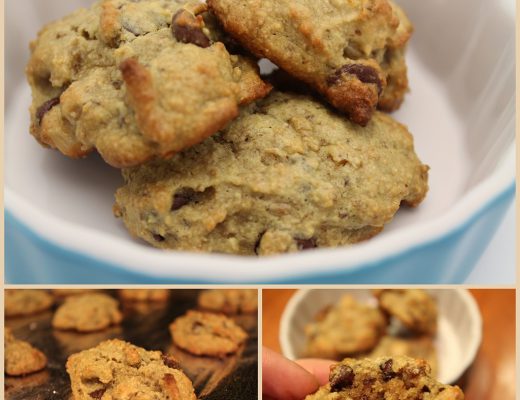