It’s been nearly 2 weeks since I finished my first Whole Life Challenge. As I posted about earlier, I would never have done a “paleo challenge” if it wasn’t something my gym was doing as a community. With a history of eating disorders, strict plans with rules often overwhelm me and cause me to have disordered eating.

However, when I looked into the actual program I thought overall it had all the things that could set me up for success; and with my upcoming first-ever Strong(wo)man competition I hoped it would serve as a good motivator for me to stay on the more strict side of paleo than I had been doing over the holiday season… and it did! As an even better bonus, the daily movement really kept me on track with developing positive habits with going to the gym on a schedule and finding things to do at home to move as well. The results were… well, amazing!

I improved my original performance workout (shaving 13 seconds off my 1,000m row).

AND, I made about a zillion personal records in my strongman training efforts!

NOTE: I didn’t say I lost any weight. That’s because I didn’t lose a single pound. In fact I gained 2 lbs. As much as my heart struggled in frustration with that idea, my mind was thrilled with the realization that I’d lost a bunch of fat and gained a bunch of muscle from my 56 days worth of effort.

My favorite thing about the program was how much the community really supported each other. The fact that it wasn’t about perfection but simply making the best choices you could each day and starting fresh the next day really allowed for people to feel good about each decision or openly admit struggles and get encouragement from their team members.

I also loved how much of a focus was on lifestyle factors. Each day there was an opportunity for 11 points but only 5 of them were associated with food. The remaining points were earned by 10 minutes of intentional movement, mobilization, taking supplements (I counted broth, organ meat, FCLO and fermented foods as supplements), and rotating lifestyle factors (sleeping, drinking water, reading, being kind to others). Then we also received bonus points for journaling each day – those journal entries were shared with the team and facilitated great dialog!

How It Plays Out

The program allows 3 different levels. I was sincerely tempted to not Rx this competition knowing I’d get more points if I did the mid-level since it allowed for more foods I wanted to eat. However, the intent was to make improvements. So, I bit the bullet and did the Rx’d (as prescribed) advanced level for the challenge. I wanted utilize the opportunity like an elimination diet and see if the additions of heavy cream and rice into my diet were perhaps more problematic than I wanted to believe (fortunately, they weren’t and I reintroduced them successfully occasionally – with point deductions – about half way through the competition).

Once you decide your level, then you just wait for the start day… and begin!

NOTE: You’ll notice above that it says 53 days… that’s because I forgot to record 3 days. That sucks! Don’t do that… then you get a 0 when likely you earned way more points than that!

What Did I Eat

I ate meat, vegetables, fruit, nuts and healthy fats. Sound familiar? Yup, just good old clean paleo! Stevia was allowed but I didn’t include it (except that it’s an ingredient in my FCLO). I was allowed and did consume pretty regularly both kombucha and butter.

Butter is a new one here on the site.  As we’ve blogged about a lot, we’re a non-dairy family because our children are sensitive to casein. But we have noticed that after nearly 4 years of improving our digestion that our children react much less to diary than they used to. We first started incorporating grass-fed ghee (lactose and casein-free) occasionally after we realized how incredibly nutrient-dense butter was. We didn’t notice any reactions in our entire family so then we moved to purchasing the less expensive and more readily available grass-fed butter and have been happy with it.

When the children found out that they could slather their veggies in butter it was like Christmas came early. Then we explained that butter was one of the most nutrient-rich (therefore healthful) foods we could consume. Given their sensitivities to dairy we’re not offering whole sticks for dinner, but the addition to our lives has been wonderful as we explore including it into our diets as a superfood.

Did you know that butter contains synergistic Vitamins A, D and K2, which help bones absorb calcium properly? It’s also a good source of absorbable iodine, often low in paleo eaters. New to me: butterfat contains glycospingolipids, a special category of fatty acids that protect against gastro-intestinal infection, especially in the very young and the elderly. And let’s not forget that healthy fats are great for our brains! (source)

With all this in mind, as I eliminated sweets and looked to find more nutrient-rich sources of foods that could satisfy cravings, Matt developed an amazing recipe for me that I raved about and usually had about once a week. Whenever the boys discovered leftovers it would be gone in the blink of an eye. In fact, they smelled the batch cooking that Matt made for these photos and they were like puppies at our feet asking when we’d be done so they could eat it!

And bonus, because this recipe only uses apples as a sweetener, it’s also 21 Day Sugar Detox friendly if you use green apples!

For apples
For baking 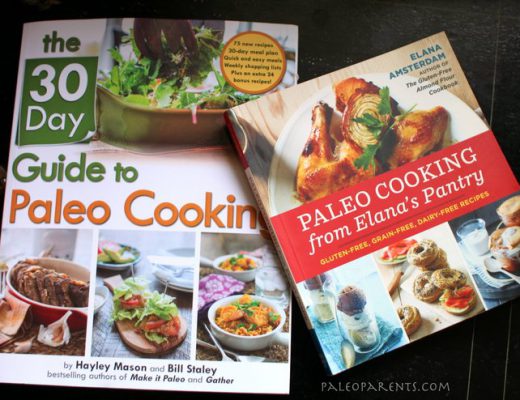 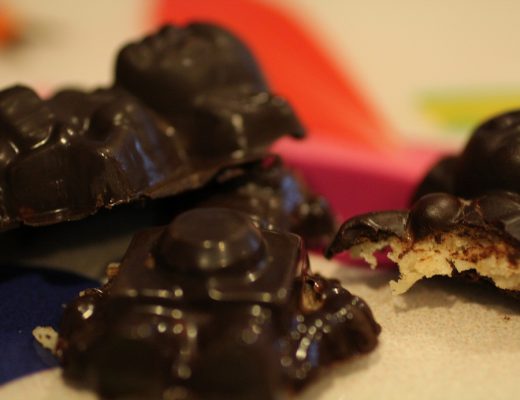