Holy cow. Who knew that getting ready for vacation could be SO stressful. At this point, the Low Carb Cruise canNOT come soon enough!

Stacy’s been working 15 hour days at her job in anticipation of not being there next week. I’ve been doing everything from finding passports to building a schedule and making meals in advance, for my mom coming to stay with the boys for the 9 days we’re gone.

We thought after all that work we’ve put into it, you might want to know what we’ve done to ensure our paleo-kids will stay well fed and nourished in our absence. As awesome as my mom is, I’m unfortunately not able to say we’re just handing them off. My mom knows mostly nothing about paleo diet (her most common at-home meal is a grilled cheese sandwich), so we had to do A LOT of food prep, in addition to planning out the boys every waking moment for the next 9 days.

I’m sipping on liquor as I draft this post because there’s no other way to recover from all the work done this week.

You know, we’re a modern family, despite our “caveman” pretensions. We have lots of stuff going on, from school to sports to activities. I never realized how hectic our schedule was until I was forced to write it down! For example, on Fridays we have two kids at two different schools plus a playgroup I run! On Mondays I often co-op at Finn’s school, but have to be back by 1 to get Cole from school only to turn around and take him to gymnastics. Luckily for us, they’re good kids and ought not cause grandma too much trouble. (Fingers crossed!)

Alright, alright, so you want some of the recipes we prepared and froze?

All grandma has to do is cook them (and thaw in some cases)! Should be easy peasy at meal time.

But… it’s the dreaded snacking and lunch packing that is a major concern for her. So we stocked up on our go-to favorite quick foods for the boys:

Oh, did the sweets in the freezer above catch your eye? Yeah, we thought so. They caught our boys’ eyes too. Since grandma’s used to a bit of carbs, and frankly it’s easy to bribe young boys, we made a bunch of treats that grandma could give to the boys… plus, this way there’s no temptations to go out and treat anyone! We made:

Apple Cinnamon Mini Crumb Cakes
This recipe is egg-free, made specifically for all the allergen requests we’ve been getting lately!

Let cool slightly before serving, to help them stiffen. Store at room temperature for a day or two – or refrigerate up to a week before freezing.

We used a mini loaf pan that had 9 loaves, so this would probably work the same as a large muffins – just cook a little less long. And make sure your kids help with the ♥ steps!

If that’s not enough for grandma to survive, we’ve also written up detailed info on where and what the boys can eat out or order in. Frankly, as long as they’re alive when we return, I’m not going to think about it and enjoy our first lengthy vacation as a couple! 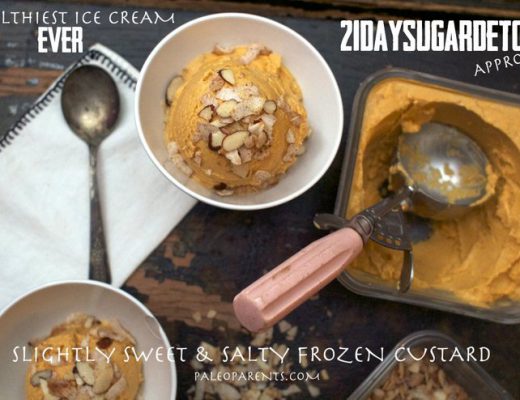 The Healthiest Ice Cream EVER 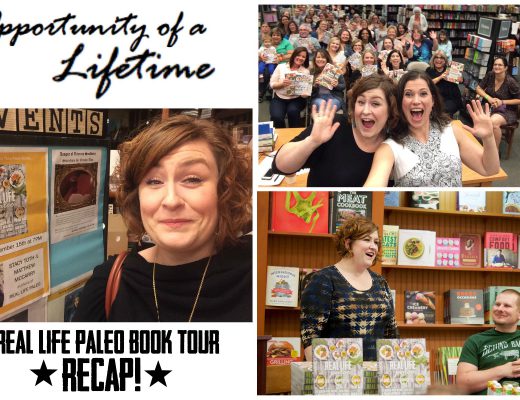 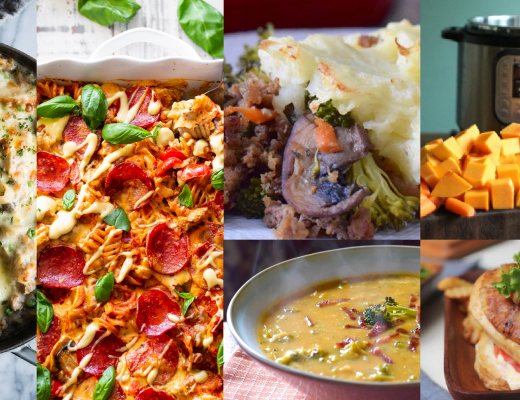