Today was a day too fantastic not to share.

It was a day I hadn’t anticipated. Words I expected to be different. Negative. Worrisome. Hard. And Heartbreaking.

But instead, what I heard was positive encouragement, wonderful feedback, and a hope I haven’t felt in a long time.

Today I could not be any prouder of our son, Cole.

Most people know that we started this blog, not because of our own success stories, but because of the family’s success. It was the behavioral and medical improvements in our children that made us realize Paleo wasn’t a diet fad for weight loss, but rather an anti-inflammatory, nutrient-dense lifestyle that positively affected our whole family. We were so thankful for what it had done for us, we wanted to spread the word and share with whomever we could reach. Of course we never imagined the blog would become as widely read as it is today, but we are incredibly grateful for the opportunity to inspire and join each of your lives – however minor that may be.

But I’ll admit, as time passed Paleo became more “just a part of our lives”, and something that was no longer the most important thing. In fact, the last two years we had been really struggling to get Cole back on the amazing path he jumped to when Paleo entered our lives. The more we struggled the more we (admittedly) resented that Paleo wasn’t enough. It’s not a miracle drug or a magic wand for everyone; and we knew that, but after 3 years for it to be less effective was frustrating.

The real issue wasn’t food or lifestyle, but rather just how the world works. Cole, who we knew had ADHD from an early age, had hit 3rd grade in the public school system. Our specific county and school district historically performs extremely well academically on the standardized tests enforced in this grade, which means more public funding. Cole suddenly was expected to sit longer, concentrate harder, and relax less in the classroom. We struggled with how to deal with what those effects were having on his body for what felt like infinity.

Every report card became a worry, a heart break, and a frustration. I knew my boy was smart and was trying his very best, but he just wasn’t able to achieve standards now being enforced. It affected his self-esteem, his desire to make friends, or even go to school at all. This is the reality of ADHD, specifically his form of attention disorder which was impulse related. Quite frequently those with the condition are also depressed, anxious, and moody as a result of their own frustrations.

But we didn’t give up. We looked into alternative methods to help Cole. We worked as a team and asked him what he wanted, what he thought might help. We discussed the possibility of him taking medication and the long-term results of such a decision. We decided together that we wanted to give a few things a chance before going down that path.

What we discovered were some simple strategies that made a big difference. At the end of last year’s school year things started to improve. We saw a light in the tunnel for the first time in nearly two years. After some family discussion, Cole agreed to talk about his struggles and successes on our podcast.

If you’re interested in what we did that worked and the science behind attention deficit disorders, which includes Cole’s impulse control version of ADHD that is available free on iTunes or web browser here.

The complication with the solution was that it had come at relatively bad timing. We’d finally figured out a solution at the end of the school year, his 4th quarter of 4th grade to be specific. While I was optimistic about the improvements we’d made, I was also concerned that moving out of the routine over a summer break could mean a difficult start to 5th grade – where yet again the requirements for young children would become more intense as teachers began preparing them for transition into middle school.

Over the summer we kept to the standards we had established during the school year; he drank coffee when he felt he needed it, he got lots of sleep and fresh air, and screen time was limited to the occasional times we watched movies or shows as a family. He happily read books, played Nerf guns in the yard with neighbors, and rode his bike… a lot. His behavior continued to show the improvement we’d seen at the end of the previous school year, but the weeks before school started Cole began to get anxious again.

We were all nervous how 5th grade would go. We didn’t know who his teacher would be and if they would be compatible. But after the first day of school, Cole came home with a smile on his face. He was eager to tell us about his day for the first time in years. He was willing to tell us what they were learning and he was making friends in the classroom. He was enthusiastic to play trumpet in Band and requested to join his first organized sport, wrestling. At home he was friendly, he made jokes, he smiled.

We all breathed a huge sigh of relief as Cole continued to be engaged and enthusiastic through the first quarter of 5th grade. His classwork and tests in school came back with high marks, higher than he’d had since 2nd grade. But still, that worry in the back of our minds wouldn’t let go of not really knowing what was happening in the classroom from the teacher’s perspective. We’d talked with the teacher and principal at the beginning of the school year and knew they were accommodating to some of our needs for his success, such as a yoga ball to sit on in the class and alternative snacks when treats would be in the classroom.

We’d done what we could to empower and support Cole and had to entrust him to the school during the day. Every sign we had to measure his ongoing success pointed in a positive direction. But it wasn’t until this morning, which was our parent-teacher conference to recap Cole’s first quarter that we finally got to breath the sigh of joyous relief.

When we first sat down with his teacher, I braced myself for the worst. I was listening and picking apart her words to read between the lines for signs of concern. But it never came!

His teacher said she would not have been able to tell he was ADHD! “He’s not using the yoga ball because he doesn’t need it, he does fine in the chair. Anything behavioral is all just 5th grade boy stuff.”

I cried in the teacher’s conference.

It can be stressful and worrisome to impart such drastic lifestyle measures on children; as parents we worry that no matter how much research we read or efforts we make it may still be wrong, “Are we really doing the right thing?” is a question Matt and I asked ourselves regularly.

Today is a huge sigh of relief. Yes, he’s doing well. He’s smiling more. He is happily participating in a group sport and excited about it. He has pride in his work and is performing well. I have a hard time comprehending what that means for his quality of life. There are no words I can use to describe my elation and pride in hearing that he has turned around his own behavior in the classroom. Eating paleo-friendly foods wasn’t enough. It is an essential part, but it’s not all it took. Being willing to evaluate what other things affected Cole’s body as much as food is what brought us to the success we can celebrate today.

This moment is what being a parent is all about, all the sacrifices we make, all the stress and effort we take – helping your child become the best version of themselves makes it all worth it. 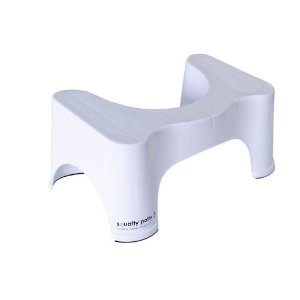 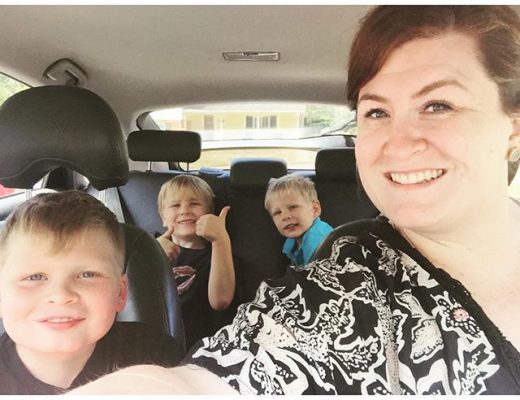 The BEST Chocolate Chip Cookies, Board Games And All Things BOYS 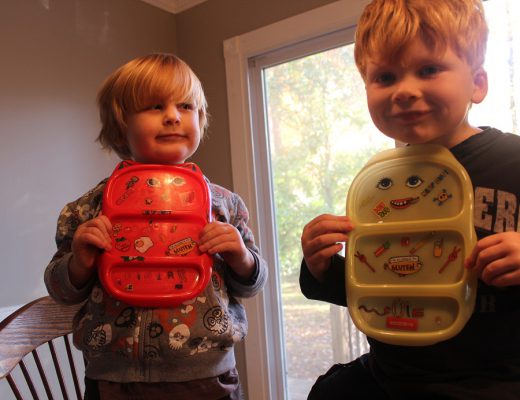 Goodbyn Bynto and a COUPON