We were invited to do a guest post over at LucyInDaSkyWithDiamonds.com. Given all that we have going on, we don’t like doing guest posts, but I was intrigued by the idea of advocating paleo on a completely non-paleo blog. So I said I’d love to!

On this fine evening, we’re watching Willy Wonka and the Chocolate Factory (the awesome Gene Wilder one, of course) and it struck me how differently we treat children over adults. Here’s a movie from the 70s, based on a book from the 60s that hits every major problem that parents ought to avoid creating even to today. We have the overindulged Veruca Salt, the neglected and media-babysat Mike Teevee, the backtalking queen bee Violet Beauregarde, and, of course, this guy: Fascinating to me that this guy passed for obese in 1971. Tim Burton’s Augustus Gloop was much bigger.

I had my 3 kids relatively young, considering all the people I’ve met who waited until their mid-30s or later to have theirs. It was my goal to have my last kid before I turned 30, so my parenting is heavily influenced by youthful idealism.

I believe in treating children as potential adults and letting them do as much as they can. In turn, I try not to hold them back by expecting less of them than they are capable.

So often parents make the easy choices for their children instead of the right ones.

When we tell people what our children eat, they act shocked. They’re either shocked that we get our kids to eat vegetables or they’re shocked that we’re depriving them. What they have a hard time arguing, however, is that this is not a healthy way to feed your kids. The main part of our kids diet is pastured meat, local vegetables and some fruit and nuts. All of this is good, healthy food.

Unfortunately, nothing I can offer can match the convenience of Goldfish Crackers, or frozen Eggo Waffles, or Mac and Cheese. I make everything I can from scratch and that takes time and, often, money.

I also don’t stuff them with simple carbohydrate flavors that will easily please their palate. I think it’s worth it. I can see a difference in them that is so profound I feel it has changed their fates drastically (feel free to read here). And our oldest son, Cole is proud to be healthy and strong. He can do as many pull ups and dips as I can at 6 and a half years old!

It is my feeling that we all need to get a grasp of what is best for our children first, instead of focusing on what easiest or convenient for the parents.

I fully realize that one does not simply walk into Mordor and drop health foods into a toddler’s belly. But if you aren’t willing to make it a priority, will they ever for themselves? Do you know any adults who refuse to eat vegetables (oh, pardon, usually these types eat ketchup, potatoes and corn, which they’ll argue is vegetable)? They were never asked to eat them, usually. I was that way as a kid and ended up an unhealthy adult.

If parents refuse to battle for their child’s health and instead retreated from it, the child defeated the parent before the parent even knew it. And what you have left is Veruca Salt, dictating the agenda and getting everything she thinks she wants. What a bad egg! (Ironically, there’s a certain set of people that embrace this kind of demanding, ungenerous spirit as an inspiration)

What a child wants is not always what is best for them.

That’s why we always say (like in the Eat Like a Dinosaur section “Tony Danza Is Not the Boss, You Are!”) that when it comes to healthy food, you need to be the boss of your child’s plate. If getting them to eat good foods is your goal for them, then it will be their goal, too. Eventually. If you stick with it!

But it’s not just food that becomes a matter of health and convenience. Do you happen to have a Mike Teevee as well? Back in my day, the early 1980s, I had maybe 5 channels, no video games and no computer. Sunshine and my imagination had very little competition. My activities were reading, chasing snakes in the neighborhood creek, and doing random games outdoors with friends.

These days, it’s hard not to be this guy. 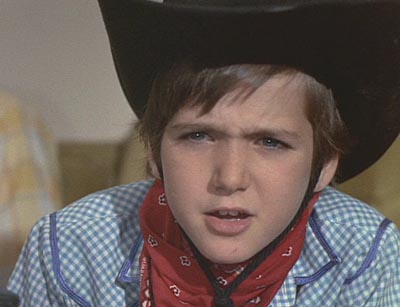 Whereas in the 70s your kids had to watch John Wayne all day, these days they’ve got a variety of crazy, flashy cartoons to watch instead!

From 5 24 hour cartoon channels to video games to Kindles, everything is screaming for their attention. How can physical activity compete with bright images designed to capture their brain in the most effective way possible? It can’t. But, lucky for you, mankind has invented so many different sports and games and activities that are time tested to appeal to kids.

My oldest found out he likes sports and is always finding new things to try, from gymnastics to basketball. My second loves building things and is always building forts and climbing trees and digging holes. Find that one thing that gets your kid going and play that with them! No better way to encourage a child to step away from the TV than you doing it too! To me, it often comes off as an excuse when someone starts off the conversation about the reasons why it would never work for them. If you CAN’T live without processed cheese, spaghetti, or white Wonder bread – is that really how you want to live your life? Controlled by food-like substances?

You can be healthier and feel better than you ever have in your life you are willing to make the sacrifices. Imagine the benefit that will have on the small, growing bodies of your children.

Just do it and put in the hard work to convince your kids. Give it a try and I know that, in the end, it will be the best thing you do for yourself and for your children. Trust us, we never imagined the difference it would make in our lives, but our Before & After story is pretty compelling. Not to mention the hundreds of success stories we’ve been e-mailed since our blog, PaleoParents.com

Matt and Stacy are the parents of 3 young boys. Stacy works hard to bring home the bacon, and Matt is the Stay-at-Home-Dad that cooks it up. Their family gained health, lost weight and changed their lives for the better by just eating real food in the Spring of 2010. Find them on Facebook, Twitter, Pintrest, YouTube and Google+. You can also find their bestselling kids recipe book, Eat Like a Dinosaur, online or in stores – available for all electronic reading devices too! 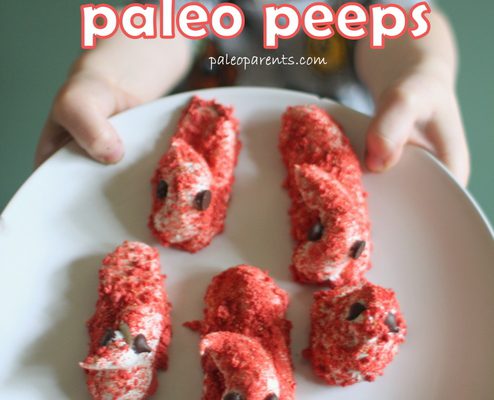 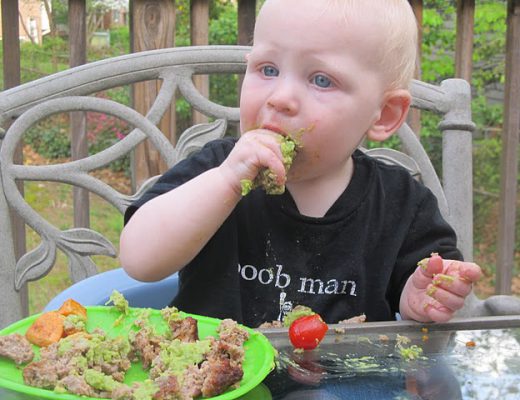 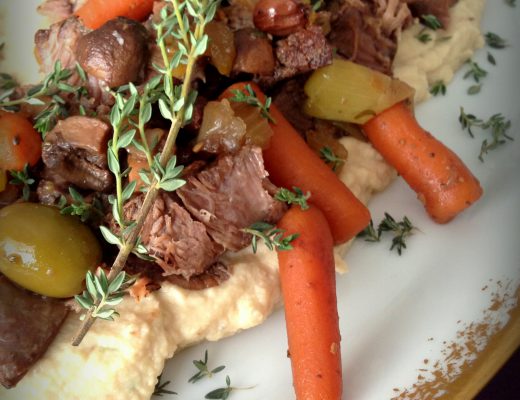