Reviews: Cooking for the Specific Carbohydrate Diet, The Garden of Eating, and Gaining Ground

Since we began Paleo Parents, we’ve been increasingly and routinely asked to review books and products by people in and adjacent to the paleo community. At this point, we get so many we are unable to actually do the reviews of the products in a timely manner! That’s why we recruited the Paleo Parents Review Team to fill in the gaps. Look forward to reviews on Tuesdays!

This week, Healthy Amelia reviews three recent books. First, Cooking for the Specific Carbohydrate Diet tells you how to cook when healing your gut. Then she read The Garden of Eating, which describes and provides recipes for a produce heavy version of an ancestral diet. Finally, Gaining Ground tells the story of a local farmer who sells at a farmer’s market we frequently visit and the friend of a friend; he set his sights on sustainable farming and made it work!

First up this month, I took a look at Cooking for the Specific Carbohydrate Diet

(SCD) by Erica Kerwien of The Comfy Belly blog. I’ve long been a fan of hers since discovering her almond flour and coconut flour versions of Cinnamon Bun Muffins. Either way, those are a hit with anyone and everyone who tries them. As a result, I was very much looking forward to checking out this book. SCD and Paleo are extremely similar – the main differences include SCD using some dairy and legumes while being a bit more limited with sweeteners and starchy veggies. The purpose of the SCD diet is to heal the gut and relieve digestive disorders like

To get started, I toasted up some grain-free granola. This is my husband’s favorite Paleo-friendly snack and this recipe did not dissappoint. Once it cooled down, it fit right in filling up one of my grandfather’s old pharmacy jars.

Next up, I tacked one of my all-time favorite dishes – one that I usually miss following a Paleo lifestyle: French Onion Soup. I used a homemade chicken bone broth base and followed her directions for caramelizing the delicious onions that flavored the soup. This dish is known for its crusty, toasted bread and melty cheese, two things not associated with Paleo, to say the least. To work around that, Erica offered up her Simple Sandwich Bread recipe, which uses all Paleo-approved ingredients. And the lack of cheese is easily overcome by using her technique for Garlic Toasts. The soup is also great on it’s own,

Cooking for the Specific Carbohydrate Diet

is quite small when you first look at it, but it is jam-packed with helpful techniques and recipes. I highly recommend checking it out.

The second book I took a look at this month was The Garden Of Eating: A Produce-dominated Diet & Cookbook

. The first thing that jumped out at me was one of the authors on the cover – Don Matesz. I am most familiar with him from his Farewell to Paleo post on his Primal Wisdom blog. It looks like he wrote this book with his then-wife, Rachel Albert-Matesz, now going by Rachel Albert. It appears that the book was first published in 2004 when they were still together and advocating a produce-heavy version of Paleo. I did like this aspect of the book because Paleo often gets mischaracterized as an exclusively meat-centric approach. However, in truth, the balance of nutrient dense foods is extremely important.

The copy I looked at was the second edition which came out in 2010, prior to Don Matesz’s departure from this lifestyle in 2011. It makes me wonder how he must feel these days having a book out there advocating something he no longer holds to be true. Although I don’t agree with much of what he has to say these days, I do respect his willingness to change his stance after being such a public advocate of a particular point of view. However, that does not mean I have much interest in exploring these ideas that even he no longer follows. It just seems a bit pointless to me. This makes me have even more compassion for those “experts” still mired in conventional wisdom. You stand to lose a lot of your authority when you switch your beliefs so drastically after years of advocating something else.

That feeling of disillusionment led me to check out the other author, Rachel Albert. She seems to still be on the Paleo path and shares her message at The Healthy Cooking Coach. For her sake (I take this stuff so personally!) I decided to check out some of the recipes. I paged through the book and settled on one for which I had all the ingredients (always helpful!) and made the Garlic, Ginger, and Scallion Burgers — a variation she listed under the Basic Herbed Burgers recipe. The strong flavors and fun texture of the scallions made these burgers pop. Even though I picked a recipe based around ground beef, the book is far more heavily oriented towards making vegetables tasty and a varied part of your diet. So, if you’re looking to add more produce and/or variety to your daily meals, this is the book for you.

The last book I checked out for this review was Gaining Ground: A Story of Farmers’ Markets, Local Food, and Saving the Family Farm

by Forrest Pritchard. As someone interested in sustainable farming, this memoir really appealed to me. As Joel Salatin mentioned in the forward, not everyone can be a farmer, nor should they be but getting to take this adventure with Forrest Pritchard gives us all a greater appreciation for what goes into the process. This is a true journey of one man following his passion against the odds. This book is not only educational, but fun to read and chock full of engaging stories and anecdotes. It has certainly inspired me to support our local farmers to a greater extent. I definitely recommend picking up this book. 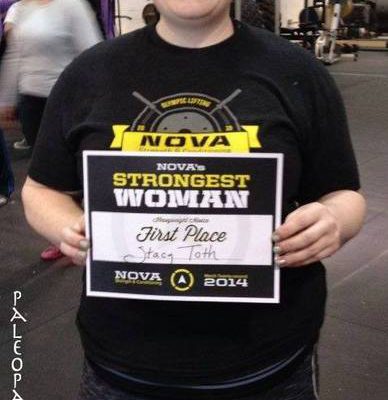 I Am NOVA’s Strongest Woman 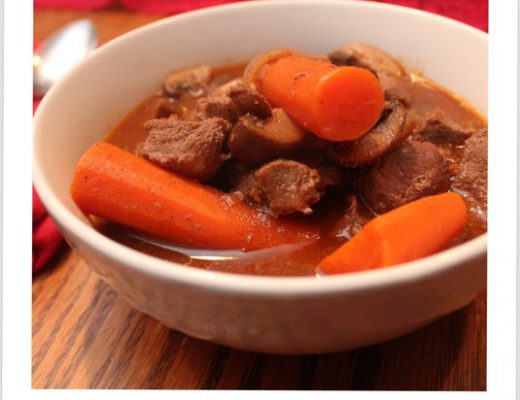 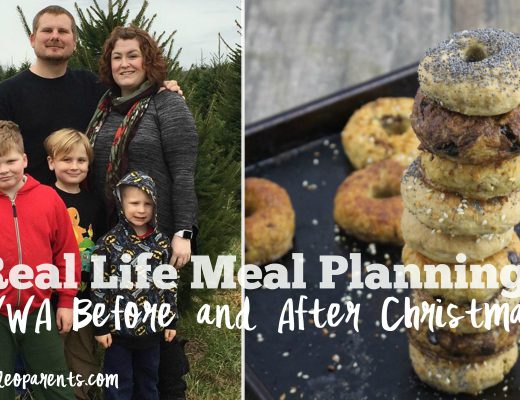