Stay tuned to the end of this post for your chance to win a copy of The Ancestral Table signed by the Domestic Man himself, Russ Crandall!

Ever since we first found his blog, I’ve been telling anyone who will listen that the most talented cook in all of ancestral health is most certainly Russ Crandall, The Domestic Man. You ever have a hobby or a skill that you were pretty confident about and truly thought you were good at it, up until you met someone so outrageously talented that you wanted to quit because you’ll never be as good as him or her? Well, that’s how I feel about Russ sometimes when I see him invent Bourbon and Cider Braised Bacon or when he makes something as simple as Steamed Littleneck Clams look as good as he does. To call me envious of Russ would be an understatement.

So when Russ announced that he would be writing a cookbook, I penciled it in as a sure-fire contender to be one of the best cookbooks in paleo before I read a page. How could it not be? With Russ’s talent with cooking and photography, it was certain to be one of the most amazing books in the paleo sphere. The Ancestral Table became our most anticipated book of the season (if not year). When Russ asked us to test some recipes out for him while he was writing the book, we enthusiastically agreed. And we have to say that this was not a chore at all and we absolutely loved each and every dish we tried! At the time we tested these recipes, it’s important to note, that Stacy was eating a pretty strict autoimmune protocol version of paleo. Knowing Russ follow’s a personal paleo version that looks similar to The Perfect Health Diet or Personal Paleo Code (with dairy and starch) we were worried the list of items to choose from would be small from The Ancestral Table. Oh boy were we wrong! Going through the list of recipes for testing Stacy couldn’t stop adding recipes, most of which were completely fine for her to eat, even on autoimmune paleo protocol.

So, where some reviews may tell you that this book contains too much starch and dairy to be called paleo, I call their bluff. As we lifelong-paleo-enthusiasts have found after years of eating from an ancestral approach, different foods work better or worse for different people. Having started heavily training in anticipation of an upcoming NOVA’s Strongest Woman contest, Stacy has found that eating along the lines of Russ’s approach works really well for her – whereas a year ago it would not have worked as well on our couch potato selves. The great news is, even if you don’t want to reintroduce these types of “not strict paleo” foods into your diet, Russ has created a fantastic conversion chart for all of the recipes to be made paleo! And, unlike most of the other paleo books on the market – Russ does a fantastic job of focusing his recipes on truly nutrient-dense, savory dishes that will train a palate to appreciate a broad variety of flavors without the need for sweeteners or treats… although admittedly, the few he did throw in all look absolutely amazing.

Alright, alright… we told you we tried a bunch of recipes, and we weren’t kidding. Here’s what we tried:

Photo NOT from The Ancestral Table, you can tell because it’s our child LOVING his “baby onions” from the Coq Au Vin!

We’ve tried a few other versions of coq au vin in our time. Some have been cheat versions that purport to be done in less than an hour. Some are slow cooker recipes, one of which I tried to invent myself but will never be seen on the blog (for good reason). But one of the great things about Russ and The Ancestral Table as well, is that when he does a classic recipe, he thoughtfully converts it, being sure to capture the essence of what made it a classic in the first place. You can’t take a short cut when you’re cooking your coq au vin. And if that means you actually have to slowly braise it to make the magic happen, that’s what Russ will have you do. And man is it worth it! Easily the best version I’ve ever had and certainly one the best uses for chicken I know of. Maybe this is not your weeknight easy meal, but if you want to eat something delicious, this is for you!

And then there is the pork adobo. Stacy, who has co-authored the book on pork, swears that it’s the best pork dish she’s ever had. And that should tell you something! This dish combines your two favorite pork cuts, belly and shoulder, and braises them to delicious perfection in a vinegar sauce that’s the perfect compliment. This is the dish that we beg Russ to bring to our potlucks and if you start making it, it will become your signature too!

Russ always tells people that he is not a pastry chef and very rarely will you ever see a dessert recipe on his blog. But if this cake is representative of what Domestic Man desserts would be like, then I think that policy ought to change. This cake was shockingly good, not overly sweet, and absolutely satisfying. Because Russ is painstakingly precise in his recipe creation, he’s found the perfect combination of gluten-free flours, including surprising flours, to give his cake just the right density.

When we last got a whole pig, I happened to see that I had a bunch of extra “seasoning meat” with it. Essentially, this is bacon-cured hunks of meat that were left over. I didn’t know what I would do with them until I saw Russ do this. Oh my. I now know how to cook greens in a way that is pleasing to everyone! This is the only way collards are getting cooked in our house anymore!

One of the coolest things about Russ and The Ancestral Table is how inspired he is by international fare. There seems to be a dish from every culture in the world in here! From French traditional dishes to Italian plates, from Vietnamese pho to Indian curries, something in here is sure to bring out your adventurous side! Take this dish: Pork belly roasted with Chinese five spice powder. Stacy specifically doesn’t (usually) like five spice poweder and LOVED this dish. Russ explains in The Ancestral Table that this dish was used to celebrate special occasions.

What’s more special than celebrating the accomplishments of your friend? Russ has generously allowed us to share this recipe with you guys! We promise you, you will NOT be disappointed with this book. If you’re thinking about it, get it now!

And this is only scratching the surface! Russ is also extremely adept at recreations of non-paleo foods. Did you know that Russ happens to have created the greatest pizza crust in paleo? That recipe’s in there too!

If you’re looking for a mature, exciting, and surprising book that will literally have something for every palate, this is the book for you. Long has there been a cry for a chef quality cookbook from the paleo sphere. Gather was pretty close; Beyond Bacon probably was as well. But if someone told me that The Ancestral Table came from a top kitchen and was penned by a professional fine dining chef, I would tell them that that was obvious.

Join Us to Celebreate The Ancestral Table’s Release – FREE FOOD!

Because we adore Russ and his family and cookbook so much, we won’t be missing his release party this Saturday – and you shouldn’t either. Even if you’re not immediately nearby, we hope you can make a weekend out of it and come to join us as well as other Paleo superstars Primal Palate, Va is for Hunter Gatherers and Alex Boake to celebrate with Russ. This release party is at the same restaurant (different location) where Beyond Bacon’s Release Party was held and the food was AMAZING as well as FREE to attendees. So really, we hope you get rid of all of your excuses and just find a way to party with us all!

And how would you like to have your own signed copy of The Ancestral Table for your home?

Thanks to the generosity of Victory Belt Publishing and Russ, we happen to have a signed copy that we’d love to give to you! All you have to do is follow a few instructions, push a few buttons and wait for us to randomly pick a winner. Soon you may be going on a culinary world tour with The Domestic Man, too!

To enter, leave a comment for each of the following – up to 5 entries per person:

The more you do, the greater the chance you have – but feel free to leave just 1 comment if that’s how you want to roll. No purchase required! 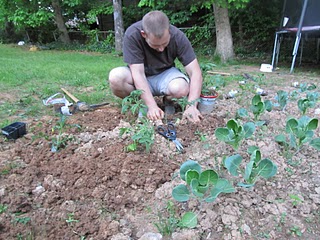 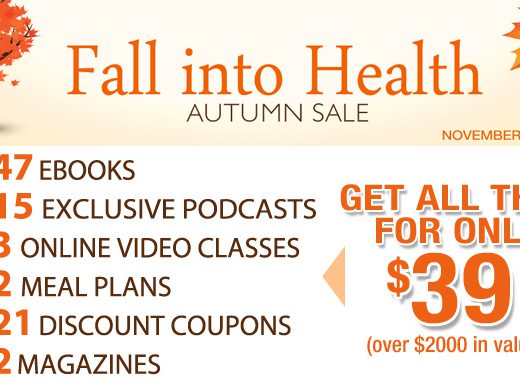