Wes’s birth coincided with Stacy switching to Paleo. He has had the great fortune of never having eaten grains or dairy, since Stacy’s breast milk was Paleo and now he is too. For Wes, it’s best to compare him to our experience with the other boys rather than note any non-existent changes. Wes has, by a noticeable degree, been our most trouble-free, happy baby.

Because dairy was never in Stacy’s breast milk, he’s never had the serious gas issues that plagued the other two. Cole had terrible colic, fussiness and gas for the first few months of life until Stacy realized it was her milk consumption that was the issue. Instead, Wes spends most of his days smiling and laughing and chasing his brothers instead of crying. He’s never had gas of any kind, in fact.  Shocking, considering Matthew became the baby gas whisperer by the volume of upset tummies the older boys experienced.

Wes has barely ever been sick, with only one serious fever no hospitalizations. His oldest brother Cole seemingly was feverish every other week. Wes has never had the skin sensitivity issues that plague his brother Finian. In fact, Wes has even had so much as a diaper rash.  Teething even seems more tolerable.  He happily sleeps through the night, and has since an early age (except for feedings when he was under a year old). In terms of weight, Wes has steadily maintained slightly above the 25th percentile and seemingly will never plot outside the chart like his brothers, despite the significant and extraordinary appetite. 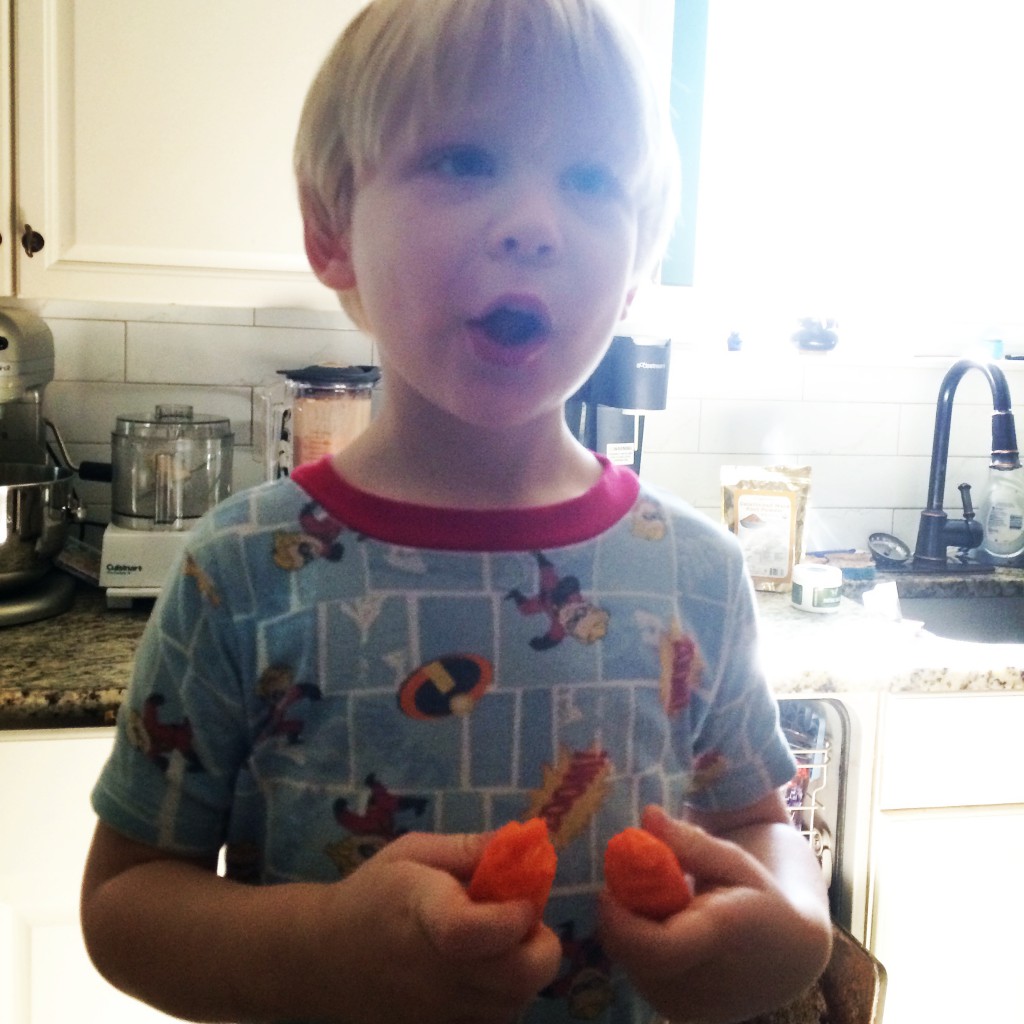 Wes will literally eat for hours straight without stopping. Dinner guests gasps as he downs 2 or 3 adult size hamburger patties alongside fruit and veggies for dinner.  After eating, he will play as hard as any baby you’ve ever seen, crawling from one end of the house to the other, causing trouble as he goes. He’s alert, happy, full of his own whipper-snapper ninja-like personality, balled up in the veil of an adorable little baby.

For more on Wesley, find a list of his favorites here.