This week our blog will be dedicated to the celebration of our 10 year anniversary,  Saturday January 21, 2012.

Today’s post is a history of how we met, fell in love and created the family you all read about today. Also, we’ll have a little bit about what the celebration meant to us, what we wanted it to be and how it all turned out. Plus, a little preview of what’s to come the rest of the week – including giveaways from the Etsy crafters and recipes from our wonderful caterers! Matt and I met at George Mason University in Fairfax, VA in 2001. Our families are both local to the Northern Virginia area; naturally we migrated to the state university that was a few miles away. Matt was infinitely socially awkward and I was uncomfortable with my own body, neither of us were doing the college dating scene. So, being the tech savvy folks we were, we turned to the internet. And we found each other on Match.com. Yes, seriously. We could totally do an infomercial.

After weeks of talking online and then the phone, we finally met in person – on GMU campus. After an incredibly awkward greeting and the initial courting period – we finally told our friends and families that we were dating. A decade ago, saying that you met someone online was a huge faux pas. Fearing embarrassment, we told everyone we met at school.

We had quickly become each others’ best friend.  We realized we were complementary opposites in many ways. Matt taught be about comic books, action films, and cultural advances like Portishead, Lord of the Rings and Swedish death metal. Meanwhile, I imparted feminist agenda, cultural criticism and reality TV wisdom upon him.  We traveled for spur-of-the-moment weekend getaways. We threw parties and shared friends. We attended one another’s family events. We blogged together (back in the day, LiveJournal was where it was at). Matt moved into my sketchville apartment, because I worked through college and lived on my own. We were poor and in love. Meanwhile, our families and friends started expressing concern that Matt and I’s relationship was “unbalanced.” Part of why we knew we are a perfect match is because I’m a dominate personality and Matt isn’t, he’s passive. But it took years before they were comfortable seeing us in this role reversal. I spoke on his behalf and ordered for him in restaurants. They worried he wasn’t happy and encouraged him to stand up for himself. There were ups and downs as we got used to how to live outside the social norm, and even longer for our families to get on-board.

We knew it was right. And one day we committed to each other. I grabbed Matt’s hand across a restaurant table and asked him if he wanted to spend the rest of his life with me. And he said yes. And to us, that was it. It was over. We were committed.  We felt strongly that marriage was a piece of paper. That our word to one another, to the idea of commitment was what mattered. We didn’t want to get a legal marriage certificate until everyone who desired to get one could do so. We set our anniversary date as our official commitment to each other: 1-21-02. We even started wearing wedding bands – no one got it but us, and that was perfectly fine.

Years later, after I’d graduated college and we were in a larger but still just ask sketchy house, life was easier. We were still in love and perhaps a little “buckwild.” We lived paycheck to paycheck and had parties all the time; we ran a (legal) weekly poker league; I managed a county softball league that Matt played on. Matt’s brother Andrew had moved in with us and our families had started to merge and relax into the fact that Matt and I were happy with our “weird” relationship.

When I broke our home scale, somewhere well over 300lbs, I joined and started working out at a local women’s gym. It had been years since I’d had a period, so we weren’t very careful with birth control. But with weight loss, my fertility came back without warning and oops – we were accidentally pregnant with what would become our first child, Cole. Although we’d intended to never have kids, to just be doting Aunts & Uncles, we decided if we were going to do it we’d jump in head first and raise the child the best we could.

And so we did. We focused on the pregnancy. We got a nicer apartment. We got better jobs and 2nd jobs. We made new friends who were also parents; friends who are now our “village” and whom you will see in photos from the renewal celebrations. Then, Matt was in a horrific car accident. Because we weren’t legally married, I wasn’t allowed to make medical decisions or sleep in his ICU unit with him.

Petrified, horrified and infuriated I was glad his parents knew, trusted and liked me enough to ask me what I wanted when the doctors asked them to make decisions. The good news is, Matt had a fantastic recovery better than the doctors thought possible. And a few months later, we became parents.  But shortly thereafter, we went to the courthouse and signed the piece of paper to never let that happen again. We walked 2 blocks down from the courthouse and had a registered notary finalize the paperwork and take photos, since it was just us. We didn’t tell our family until afterwards. 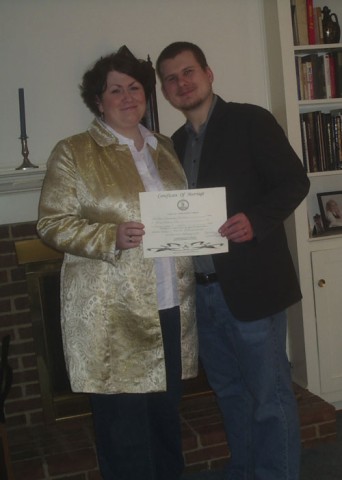 So although Matt and I are legally married, to us that’s a simple legal document and not representative of the commitment we have to one another or of the life we created together (after all, Cole was already born and it was 5 years into our commitment when we were married).  Although, after the marriage, our family seemed to become much more comfortable with our “odd” relationship. We’re all very close now and have been for years.

We made Cole his own baby food. We started cloth diapering. As life progressed, so did we. We loved spending time together and doting on our cherub of a baby boy. Since both of us have and love our siblings, we knew we wanted at least one for Cole. We then got pregnant with Finian, did it all over again and then yet again with Wesley. All the while, we became even more “green” and “hippie” along the way. 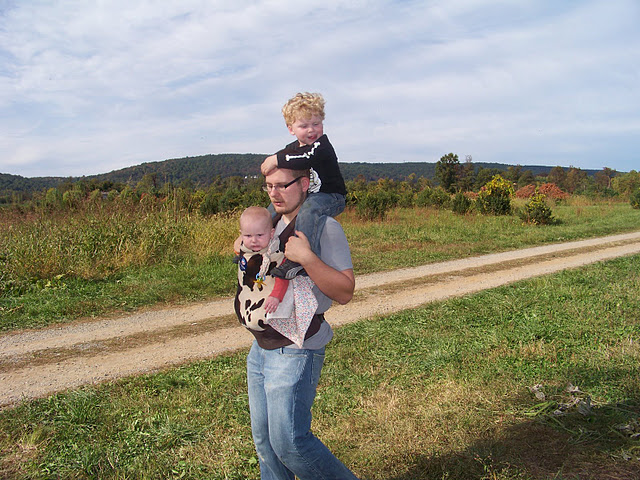 For us though, as Matt wore babies in slings and quit his job to take care of the kids, we never thought about ourselves as modern hippies or of any label really. Our entire relationship has been about doing what feels right. We went with our instincts in the beginning, and we stuck with it. When the boys came along, we did the same. And it’s never led us astray. Even with Paleo, we sometimes cringe that the blog has a label as a name – because we encourage people to get educated, eat real food, find out what feels right with their body and follow that. 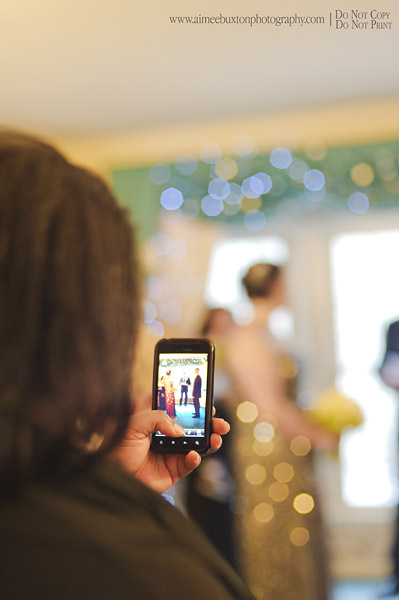 So, as I began planning a vow renewal ceremony, I followed my instincts. I flagged things I thought were pretty on Pintrest and just winged it. I had no idea what I was doing. I have never been to one of these things! I’d seen pictures of Seal & Heidi’s the past couple years. But, that’s hardly substantial studying material. All I knew was, I loved my spouse, my partner, my best friend and lover more than the day I fell in love – and I wanted to renew that commitment. Publicly in a way we never had. I wanted it to be with the friends and family that knew us best for the past decade.

Without a wedding in our past or knowledge of how it should be done, it ended up being exactly as we wanted: a winter wonderland filled with laughter, twinkling lights, romance and laughter. And wine & food – plenty of paleo-licious food was the center of the party!

The atmosphere was casual. The setting informal in the house my father moved to when my sisters were just toddlers. The ceremony was unrehearsed. My dad “officiated” by speaking a few wonderful words about witnessing our lives together. Then Matt and I spoke unwritten vows to each other; we giggled, we cried and the crowd cheered. I gave Matt a new wedding band, since his no longer fit about 20lbs ago and was unable to be sized.

When our vows were said to each other, we talked and laughed with the crowd and then released everyone into the house for fun, where we had pinball, a pool table, karaoke and a Majestic Photobooth set-up for kids & adults alike. And of course, an open wine bar as well as a smorgasbord of food from Northwest Fresh Catering (who happens to also chef for Power Supply DC, formerly Catalyst Meals) and Out of the Box bakery. But that’s all too much to go into here, so I’ll tell you more later this week – how about like this:

And, now my absolute favorite photos… because, nothing says commitment, love, and laughter more than a good cake smashing! *A special thanks goes out to Aimee Buxton Photography, Issa Michel Photography and Erin from SweetSassy for their volunteered services in making our day the most special it could be. You are all true friends Matt and I could not possibly thank enough! 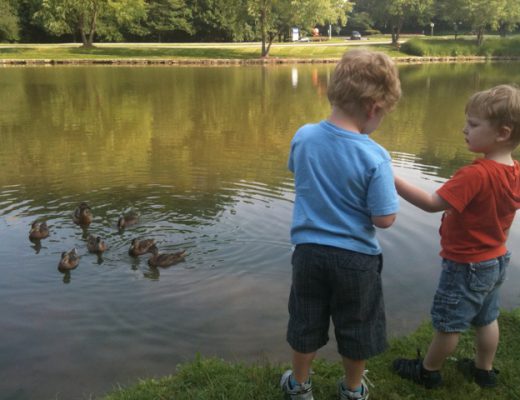 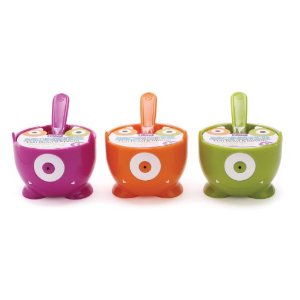 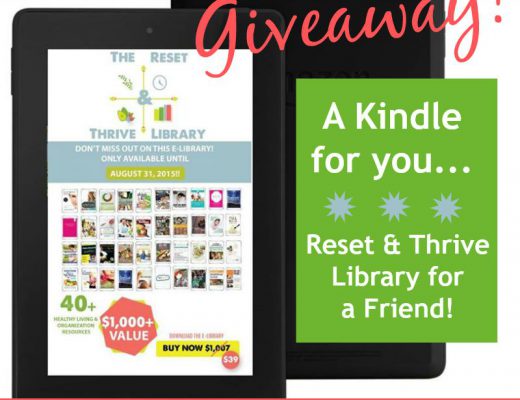