I was introduced to Summer through Tara from The Foodie and The Family, who pointed me to the Banana Hammocks & Tutus’s Facebook page.  I was instantly charmed by Summer’s candor and openness. Her blog is fun to follow and her kids are adorable. The fact that she was doing before & after pictures, writing about how awesome paleo poop is, and discussing breastfeeding and paleo just drew me in more.
I have a soft spot for mommy bloggers losing weight on Paleo, so (like the chatty cathy I am) I reached out. I was surprised to learn Summer knew who I was and even followed our blog. We flirted online, chatted on the phone and then I begged for Summer to share her paleo story with you all.  This, true to her style, is honest, open, and inspiring. Thank you, Summer, for being my new blogging friend and sharing your life with us! – Stacy

Hi! My name is Summer Davis and I am the brains (and beauty) behind Banana Hammocks & Tutus. I have a workaholic husband and 3 monkeys, ages 10, 2, and 9 months. Our life is a lot crazy, forever chaotic, and always unpredictable. I made the switch to a Paleo Lifestyle 7 weeks ago. I took off running and haven’t looked back once. I had to get rid of everything non-Paleo in the house so by association, my family came with me on the journey. Here’s a little bit about our story:

I haven’t always been overweight or unhealthy. I grew up the daughter of a marathon running father and an anorexic/bulimic mother. At the age of 7 I weighed more than my mom did. I’ll never forget how she used to stand in front of the mirror in her room and pull on her skin complaining about how fat she was.

My dad was no better. My clothes were always too tight and I was always eating the wrong things and not getting enough exercise. It caused me to always believe that I was enormous.

From a very young age, I had a complex about the size of my rear (my mom’s nickname for me for as long as I can remember was bubble butt). I was taller than most girls my age and I got boobs in 6th grade. Needless to say, by the time I reached high school, I hated my body and thought that when people looked at me, they saw a beluga whale. I think that it is safe to say that I had an extremely warped body image.

In high school, I was a competitive dancer and was absolutely fit. I had about 19% body fat but was bigger than most of the girls on my team so of course, I thought I was obese. I got pregnant with my first child when I was 19 and gained 60lbs. It wasn’t pretty. My then-husband was turned off by my weight gain and compounded my self esteem problem. After a couple of years, I lost the weight but was on a constant 30lb roller coaster.

at about 165lbs. I thought I was enormous here.

After we divorced, I started a low carb, high protein diet as prescribed by my endocrinologist who was also my OB/GYN. I also started pounding out 2 hours a day at the gym. In absolutely NO time, I was down to 157lbs which was the lowest that I had been since high school. The diet was strenuous but I felt SO good. I had energy and was loving my new body. When I was finally “allowed” to have treats, I started having treats. Every. Day. Needless to say, after a few months, I was back up 25lbs.

I then got pregnant with #2 and gained 80lbs while on bed rest. I also sunk into a pretty deep postpartum depression that was fueled by eating. I survived those 3 months on bed rest by eating cookies, drinking milk shakes, and downing cereal like it was going out of style.

After my daughter was born, I came off of bed rest to find myself unable to move. My knees were killing me, my back was out of whack, my shoulders ached constantly, my hips throbbed, and I had chronic migraines. Lose weight? How do I even DO that? I realized at that time, that I had never been truly overweight, just unhappy. I was now overweight, hurting, and still unhappy.

When my daughter, Madilyn was 10 months old, I found out that I was pregnant with #3. I was painfully ill during that time and lost 16lbs in my first trimester. In the months that followed, I only gained 25lbs which means that the day I gave birth to him, I weighed 9lbs more than I did when I found out I was pregnant. 6 weeks after Grady was born, I weighed 235lbs. I couldn’t believe I had gotten so fat but I had lost 25lbs in those 6 weeks so my doctor was pleased. I was excited to continue that weight loss so I tried limiting my calories to keep the ball rolling. A few days after starting a calorie-limiting diet, I noticed that my breast milk supply had begun to decline drastically. Normally I’m a dairy cow and an over-supplier. Losing my milk made me stop limiting calories and just feel like I would be obese until Grady was done nursing, at least another year. I gained weight. Lots of weight. Let’s not forget that I was still dealing with at least one migraine per week, knees that required me to hoist myself up from the floor with my arms and hands lest my knees blow completely out of their sockets; feet that were swollen, puffy, and painful upon standing; a back that threatened to bend me into awkward positions due to the pain, and hips that forced me into a limp.

My family and I were in a car accident the first week of September. It was probably the best thing that could have ever happened to my health. After the accident, we were in and out of our Chiropractor’s office a couple of times a week. My migraines had gotten worse after the accident, one of my knees was resting on the glove box upon impact and it was messed up even more, and my back was all over the place. SO. MUCH. PAIN. One day I was telling our doc about how horrendous my migraines were and he started telling me about how I should eliminate grains from my diet. “Grains cause inflammation in your muscles and the fluid around your joints. Try to cut them out and see how you feel!” I wondered if he was talking about this “new fangled Paleo thing” I had heard so much about from a few nut jobs recently. I asked him if that’s what he was talking about and he said, “YES! It’s the best way to eat, full of whole foods, meat, vegetables, and fruit. Give it a shot.”

“But it’s super expensive, isn’t it?”

That day, I went home and weighed myself. I was up to 255lbs. I couldn’t believe it. I wanted to die. I ate my standard 3 bowls of cereal that day and woke up the next morning feeling like crap. I mulled Paleo over for about 2 days. I did TONS of internet research, read scientific journals, and tons of testimonials. That was a Saturday. ALL day Saturday to be exact. At 3pm, I loaded my 3 kids into the mini van and we headed into town to get “Make It Paleo” by Bill Staley and Haley Mason. I explained to Styles (my 10 year old) what we were doing and he burst into tears. He said that not eating rice and cereal was unhealthy and that he was going to die of starvation.

He was NOT gonna do it. That night, I fixed my first Paleo meal. My kids and my begrudging husband loved it. The next day, I went to the grocery store with a menu and shopping list in hand and bought all the “strange” things that a Paleo kitchen should have like nuts, vegetables, and coconut oil.

A week later, I could stand up off of the floor without the use of my hands. I hadn’t had a migraine, let alone a headache. I didn’t have to have 2 cups of coffee just to survive the day. My milk supply had increased noticeably. My poop was softer and less stinky. My grocery bill was actually less than it had been before. I had lost 6 lbs. My hips didn’t ache any more, at all. My shoulders felt better. I just felt SO much better. The changes have continued. My back still hurts sometimes, I imagine from the car accident. My knees? Better. My hips? Better. My headaches? GONE. Guess what else rocks? I’m not hungry. I eat beanless hummus and chopped veggies whenever I want them. I make grainless granola bars. I cook delicious meals that my family loves. I’m losing weight, feeling great. Now I’m one of those crazy people talking about this Paleo lifestyle to everyone who will listen.

As my body changes, more people are inspired to eat right for their genes. So far my in-laws are on board, a few friends have begun to eat healthier, and most importantly, my husband is on board and has been cured of his serious gastrointestinal issues. I am now 7 weeks paleo and have gone from 255lbs to 228lbs in that short period of time. That’s 27lbs lost in 7 weeks! I have dropped a solid pant size and my wedding rings fit again. All from adhering to this grain-free, whole food filled lifestyle.

Getting my kids involved? That’s a story for another day. 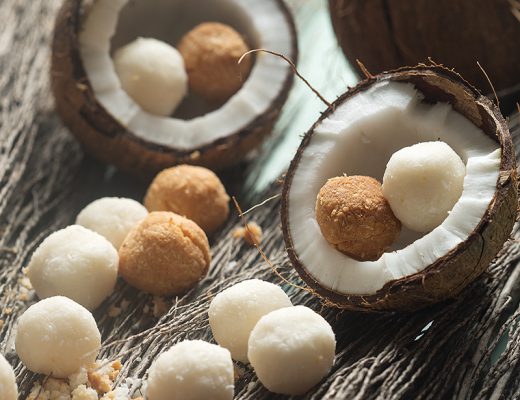 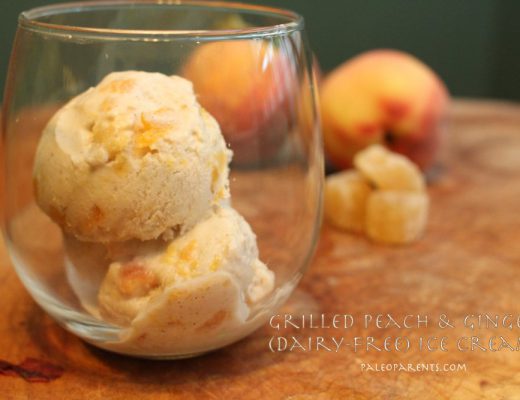 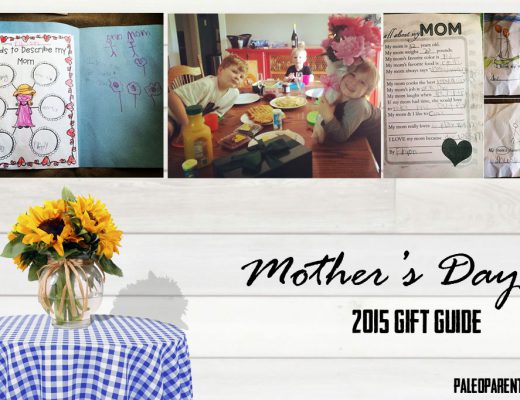