This is another installment in a series of Guest Posts from real life friends from Matt and Stacy whose exposure brought them to their own health journey.  It doesn’t look like ours, but it’s inspirational in it’s own merit.

Stacy met Patti through her old personal blog over five years ago as she was discovering the joys of motherhood and was reaching out to other moms. Patti has two adorable and awesome rough and tubmle boys, one slightly older than Cole and one slightly younger. We ended up traveling to her house a few years back and staying with her in one of our most favorite vacations we’ve yet been on. You can find out more about Patti at her blog at WeAreStardust.org where she’s blogged about her paleo journey here and here.

A couple of weeks ago, Stacy asked if I’d write a guest post for the Paleo Parents blog.  I told her that since I was barely a week into eating Paleo, she might want to give me a bit of time.  I’m now almost 4 weeks in, so I told her I’d share my thoughts.

Last September, I began a mission to lose a bit of weight. I was probably about 30 pounds or so above where I’d like to be.  I cut back on my nightly stacking, and began to reduce portion size and make “better choices” overall.  I lost about 10 pounds over the course of 5 months, and was feeling good about the changes I’d made.  However, in March we began a home improvement project that had us eating out for almost every meal.  I quickly put back on 5 of the 10 pounds I’d lost.

Once the project was completed, I decided I really wanted to get back on track.  I had seen the changes Stacy and Matt had experienced once changing to a Paleo diet, and was curious.  I have high blood pressure, and my mom has type 2 diabetes.  I carry all my excess weight right around the middle, and definitely have the “apple shape”.  So when I read the Paleo Solution,  I decided that I really had nothing to lose (except hopefully those 5 pounds and more!) by doing what Robb Wolf says and trying it for 30 days.

At this point, I’ve been eating Paleo for almost four weeks.  I should admit up front, though – I haven’t been SUPER strict.  I’d say I’ve been about 80-90% compliant, but am getting to a point where I feel like I have a better idea how I react to certain foods and each “cheat” I make brings me more clarity about how certain foods affect my body.  I was totally gluten-free for only about 2 weeks, and I know I need to give my body more time to get “clean” before I should try introducing it into my system, so I am really going to make an attempt to stay totally gluten-free for a longer period of time.  I am also now pretty sure that dairy is the primary cause of the gas and constipation I’ve experienced regularly for years.

I am really pleased with the changes I’ve made in how I’m eating, the changes I’m seeing in my body (I mean, REALLY), and the growing awareness of how I am affected by the foods I choose to put in my body.  I have definitely made a shift in how I approach food, and I now view bread, pasta, rice, etc. as “filler” and don’t miss it at all.  Baked goods sound wonderful, but I have the distinct sense that indulging in a cinnamon roll would not be worth it in the end, so I’m content to just admire them from afar (the smell is almost as good as the taste!).  I’ve fallen in love with almond butter, coconut milk (i fell in love with coconut oil months ago), and hardboiled eggs.  I am enjoying trying new kinds of vegetables and introducing them to my family (with mixed results, but I am ever optimistic!).

If nothing else, the weight loss and potential health benefits of eating this way are a huge motivator for me.  I absolutely plan to continue eating Paleo 80-90% of the time, treating myself when I really REALLY want to (avoiding gluten as much as possible), and just really focusing on what I’m eating and how my body reacts to certain foods.

One day I was feeling a bit frustrated by having to avoid certain foods, and then I realized how much time I used to spend obsessing and feeling down about how I looked, and it occurred to me that it is much preferable to miss certain foods than it is to feel bad about my body. So, I’m happy about the path I’m on.  A big  thanks to Matt and Stacy for being such great Paleo Evangelists! 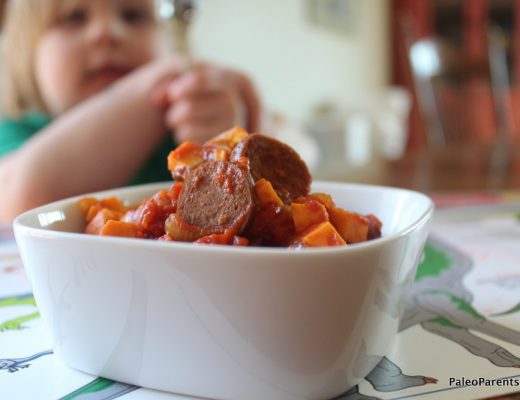 We are the US Wellness Meats Featured Chefs! 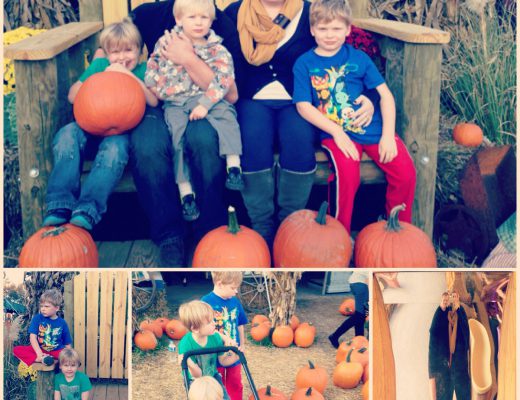 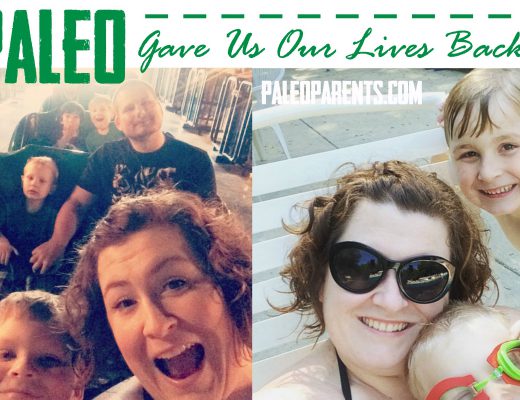 Paleo Gave Us Our Lives Back