Guest Post: The Paleo View Book Signing Tour in NYC by Brittany Barton (with additional updates from the road)

On Tuesday night we kicked off The Paleo View Book Signing Tour with the Real Life Paleo release party in Bethesda, Maryland and have since traveled to Columbus, Tampa, Raleigh, New York, and Chicago! We have been beyond humbled by the support we have received on our first few stops of this tour and cannot thank you all enough for coming out to our events and for buying our books! We love that we get to be a part of your healthy living journey!

The first few stops of the tour included Matt and Stacy. But the New York stop was the only stop of the tour to include Matt, Stacy and Sarah, AND a cooking demo! We knew this was going to be a big one, so we asked Brittany Barton of Sparkle Kitchen to join us for a guest post and to share a look at the tour from her eyes.

I was so thrilled when Stacy invited me to write a guest post! She and Matt have been a tremendous inspiration and I’m incredibly grateful for their dedication to healthy living.

After a toast of homemade bone broth, Stacy welcomed the crowd of over seventy fans. I arrived twenty minutes early to snag a front row seat and I was already late to the party. This crowd came early to see Matt, Stacy, Sarah and Stefani. I made a tiny spot for myself near the edge of the stage just within distance to claim first dibs on samples. This was the only cooking demonstration on the tour and I was not going to miss out on the deliciousness. Stacy gave a brief overview of their health journey and why they were compelled to write Real Life Paleo. Basically to look good naked. Okay, that was a joke. The main goal is nourishing their bodies. I really liked how she explained this though. She and Matt eat paleo because they want to be around for a long time and feel good. It’s that simple. Real Life Paleo equips families with the tools they need to transition to a real food diet. Then Sarah discussed her therapeutic approach to diet from her book, The Paleo Approach. And Paleo for Women’s Stefani Ruper made a very special appearance to show her love for Matt and Stacy’s new book. Real Life Paleo is first and foremost a cookbook and I was super excited to see the recipes come to life. Matt took the reigns on the cooking demo, making two dishes from the book, the Cauli-Gnocchi with Brussels Sprouts and Lemon Zest and the Cranberry Orange No-Bake Coconut Bars. Sarah also made two delicious dishes from her book, The Paleo Approach Cookbook. She made Pork Cabbage Dumplings and her Olive Oil Ice Cream. Yum! 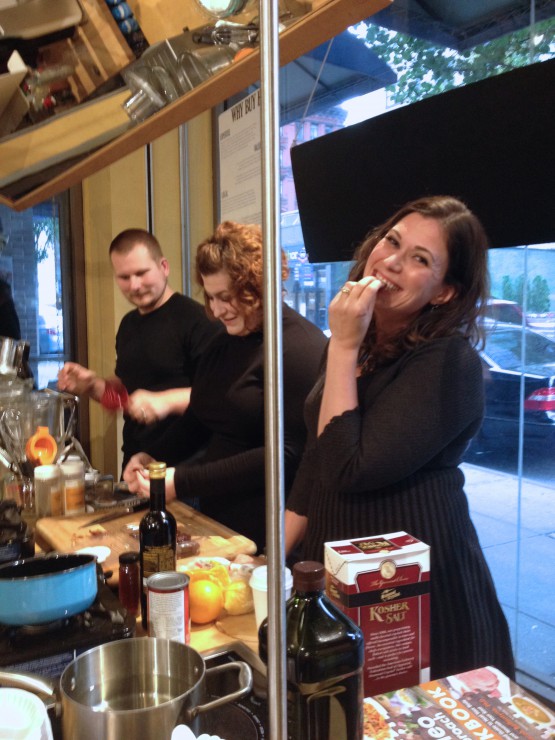 While the cooking magic was happening, the crowd dove into questions. They ranged from the nutritional profile of nuts, how to get your spouse on board with your new diet and testing for food intolerances. I could see the fans hanging onto Stacy, Sarah and Stefani’s every word. Many were there searching for specific health answers. One woman was so desperate to help her son that Sarah offered up her personal functional medicine doctor as a resource. It was a humbling experience to witness this kind of generosity and humanity. 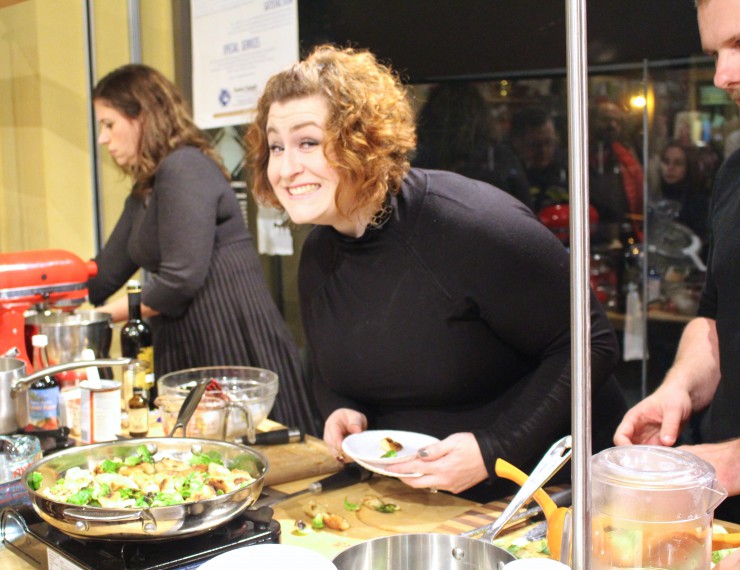 By this time, the cooking aromas had taken over the room and the crowd hovered close by the demo table anxious to get a nibble. The Cauli-Gnocchi and Pork Cabbage Dumplings were served up and plates passed around the room. The conversation lighted. One fan asked, “if you could only eat one thing for the rest of your life, what would it be?” “Ice Cream,” said Stacy. Then she changed it to soup after considering the nutrient density factor. Matt went with soup as well. My vote is for the ice cream. There is a new recipe in Real Life Paleo for Healthiest Ice Cream Ever with a super secret ingredient that I think could keep me healthy enough to make it viable. 😉

Sarah then threw out a quick autoimmune protocol pork roast recipe that I committed to memory. Rub 1 part maple sugar and 2 parts sea salt over the roast and throw into the oven at 275 degrees for six hours, and dinner is served. 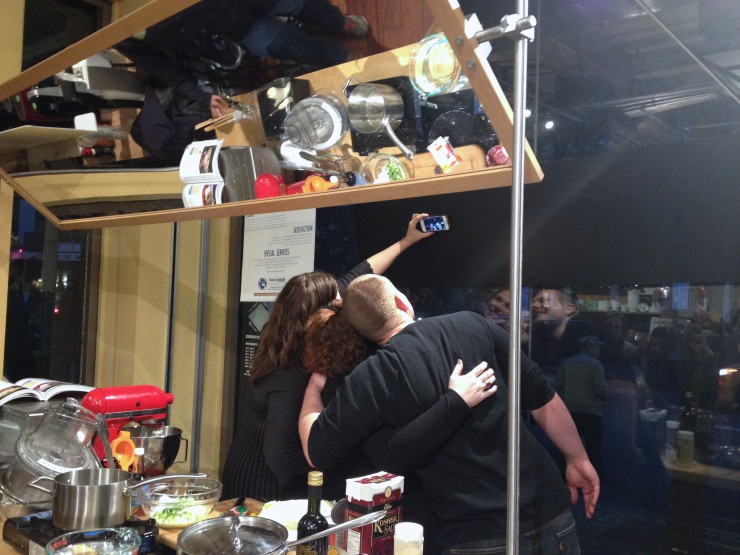 I also wanted some suggestions for convenient portable snacks. Stefani said whole fruit and avocados, and Stacy mentioned organ meat jerky. All good options when I’m on the go-go-go.

During the book signing, the line wrapped around the store with fans holding armloads of books.

Stacy, Matt, Sarah and Stefani made each book signing a personal experience. They were so generous with their time and their energy never wavered. I was especially grateful since I was last in line. It took almost an hour to get to everyone but we all stayed. We knew it was worth the wait to meet them one-on-one. Many a selfies were taken as well.

I was most pleasantly surprised by the friendships I made in the crowd. The event brought together a community of like-minded people and it was a joy to connect with so many of them. We all chatted during the event and knew we had much to learn from each other. I’m grateful for Stacy, Matt, Sarah and Stefani for creating that opportunity. Dessert was saved for last. Fans held their newly signed book copies and we all stood around nibbling a perfect sweet ending.

Brittany Barton is on her journey to health. In March 2014 she committed to only eat foods that nourish her body. She’s suffered from autoimmune diseases most of her life and is now cooking and blogging her way to health. As a wellness chef, photographer and writer, she’s peeling away the layers to uncovered her best self, and helping her readers do the same. Follow Brittany’s story and insights on her blog, SparkleKitchen.com and connect with Brittany on Instagram, Pinterest and Twitter. 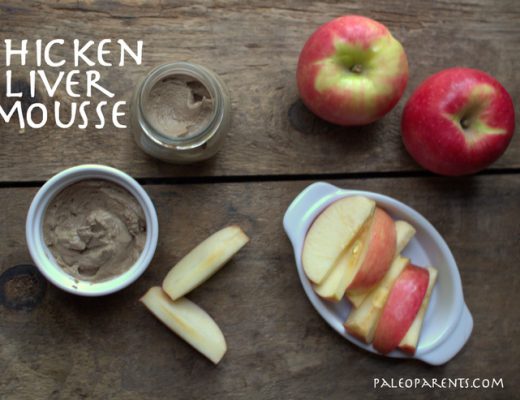 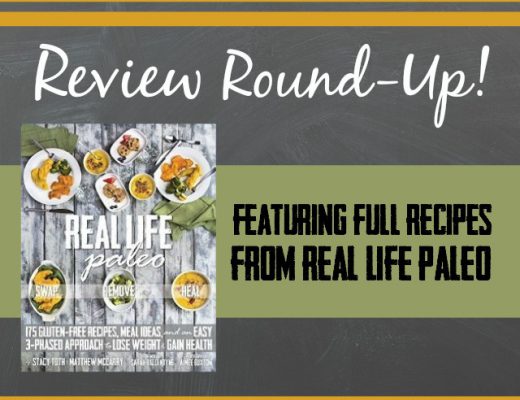 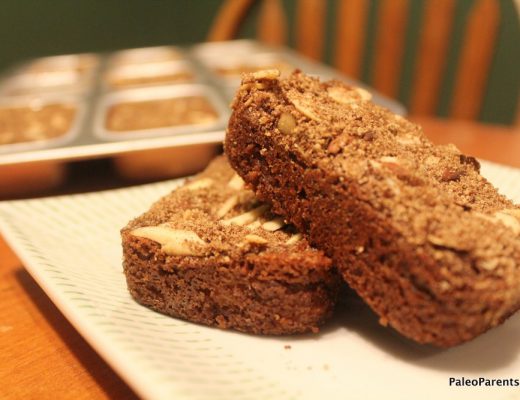