Today on the blog we have a pregnancy post update from Monica, where she shares a bit about her second trimester experience and how her paleo approach is evolving. Check out her write up below to see what her favorite eats are these days, how she is managing cravings, and the role that lifting is playing as her belly grows!

Monica originally began her work with our team as our lead assistant in 2013, and now supports The Paleo View through guest scheduling, sound quality checks and show note preparation.

When we last chatted in January about my first trimester, I had reached a comfortable point at the start of the second trimester where I was managing my pregnancy symptoms a bit better and feeling strong.

To build upon the healthy eats momentum that I chatted about in that post I completed the 21 Day Sugar Detox for the first time and felt phenomenal from that experience. My skin was clear, my cravings were under control, my workouts felt strong – the list of improvements were significant and endless.

However, this sugar addict kind of missed one very big and important step – I didn’t revisit the ‘after the detox’ section of the book to plan my next steps. What began as a celebratory post-detox treat, quickly snowballed into a daily issue. And I found myself back at square one all over again.

When you have always struggled with impulsive behavior around sweets and treats, it is hard during pregnancy to differentiate between “normal” cravings and destructive habits. And it was this very spot during my pregnancy with Wrigley that took me to a very unhealthy place.

So I made a move to deal with the issue at its core. It has felt strange to commit to this healing process while pregnant, with so many other big life changes at play, but it also feels strangely perfect in timing.

Pregnancy makes you reflect more deeply on who you are, where you have been, and where you want to go, in a way that you never have before. Whether preparing to mother your first child, or your sixth, each pregnancy makes you look a little deeper within yourself to answer the question – what kind of mom do I want to be?

And for this pregnancy, strength has been my theme. How do I make my mind, heart, and body strong? How do I make myself willing, able, and inspiring to my boys (yes-baby number two is another boy!).

I am not working on my habits with food to achieve paleo perfectionism, because honestly folks – there is no such thing (Sarah at Pete’s Paleo said it best!). I am working on my habits so that I can discover the world between detoxes and binges, because I have never known that world. And ultimately to find my paleo code (read this book during the second trimester and loved!).

To stay on top of cravings I have been eating every two to three hours, and focusing on real, nutrient-dense foods.

Breakfast is typically eggs, vegetables, meat and a sweet potato for good measure. 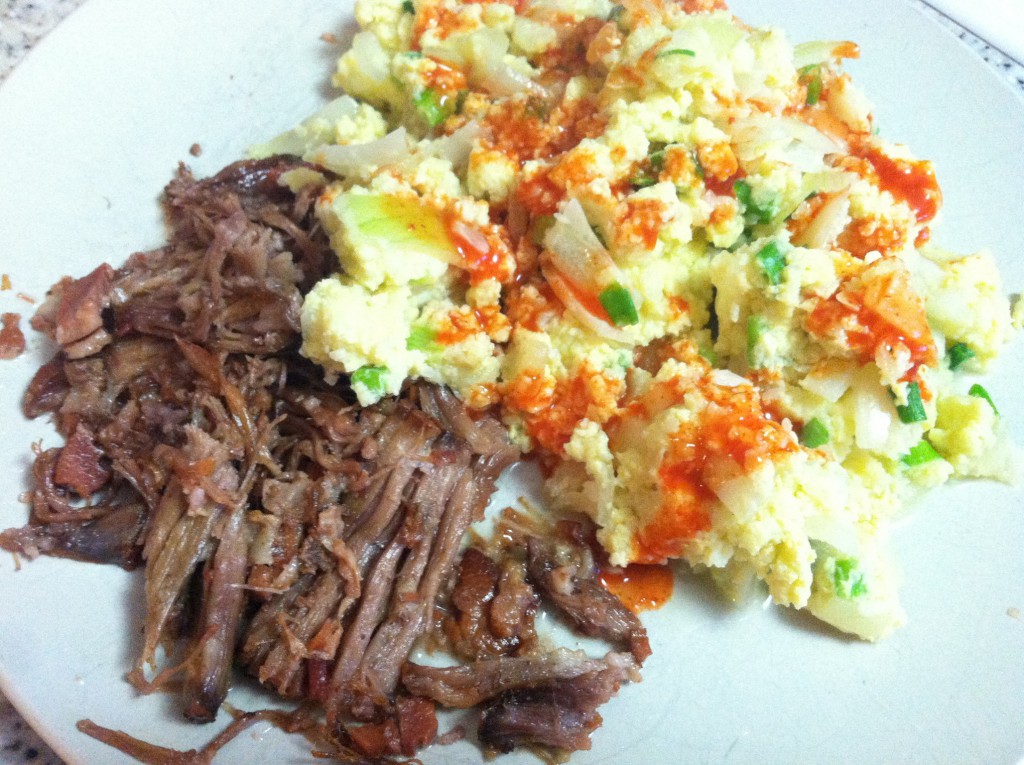 My morning snack is typically a banana with some nut or seed based product. Last week I was all about banana and sunflower butter sandwiches on the almond flour Paleo Bread, but this week I have fallen in love with @heidicrossfitpaleo‘s blueberry skillet scones with a smear of butter and a sliced banana. My afternoon snack has frequently been an orange or an Apple PaleoKit, which has been a huge favorite of mine! I keep a Paleo Kit with me no matter where I go. That protein has come in handy several times.

For sweet treats, I have looked to Theo’s line of chocolates, date rolls, and a vegan tapioca pudding that I find at my coop.

Focusing on the JERF motto and not obsessing about calorie, micro or macro tracking, and ridding myself of the fear of eating the sugar in fruits has done a world of wonders for my relationship with food! And it is making pregnancy much more enjoyable!

I haven’t dealt with nausea this trimester, and thanks to Primal Life Organic’s Pregnancy Banished Face Wash and Buffalo Gal’s Tallow & Coconut Oil Face & Body Whip my skin has been looking wonderful!

Exhaustion has played a big role this trimester, but I try to simply go to bed very early at night and nap on the weekends. During the week I keep my nights simple, which is why dinners have been so simple, so that I can get to bed right after I put Wrigley down.

But now to my favorite part of what happened during the second trimester! As my bump grew I really only liked one form of exercise – lifting! 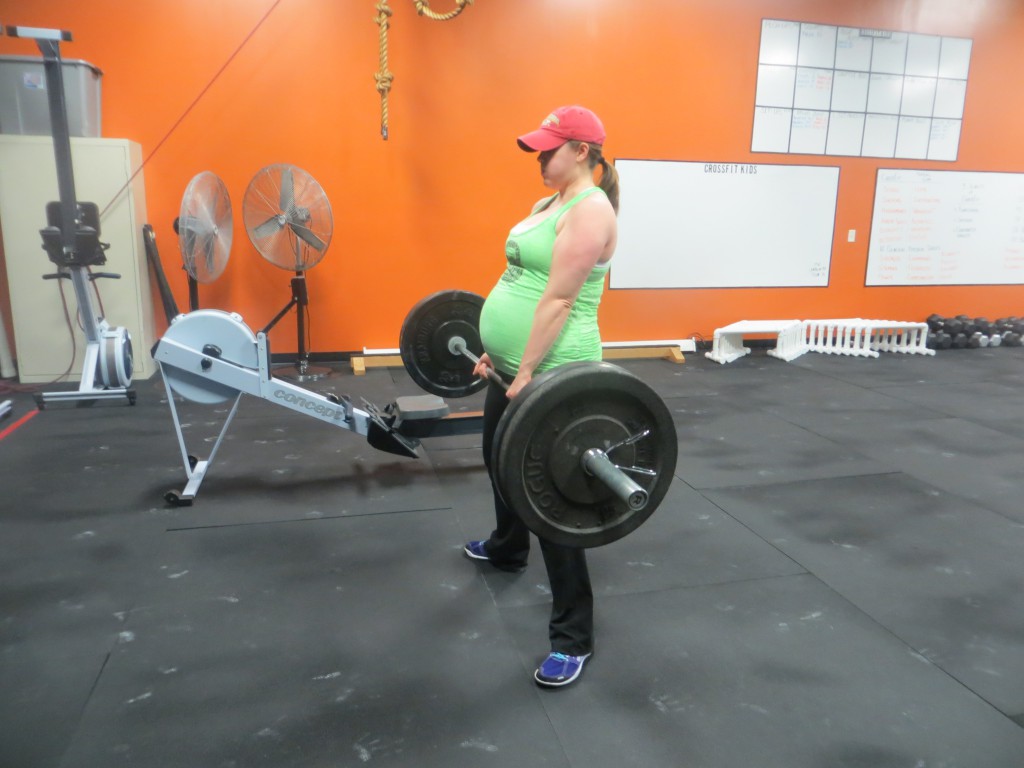 Swimming felt boring and monotonous, and biking lost its appeal without the thought of triathlon training in mind. But lifting made me feel like the most bad-to-the-a woman. So I increased my lift sessions to three days a week, and added one day of biking for active recovery.

Sumo deadlifts, weighted walking lunges, pull ups, push ups, overhead plate holds, kettlebell swings, box step ups, and so many other movements are MY JAM! I seriously can’t even begin to explain how much I am taking away from my pregnant lifts, they make me feel incredible.

This passion has meant an increase in sleep needs, typically the day after a heavy lift, and some mega dedication to foam rolling and stretching!

So what do I think is in store for the third trimester? More lifting – me and those sumo deadlifts will be seeing each other right up until the end! Lots more JERF eating. And soaking up as much time as a family of three before our little guy arrives in June.

I also plan to squeeze in as many dates with Wrigley as possible to savor time with him before it changes in a big way.

Oh, and we are also moving, and doing all the things that come with that major life stressor – so keeping my cortisol in check and getting as much sleep as possible will be at the forefront of my third trimester goals. This move is called the kisses for your toddler push-up! 😉

See you all in June! 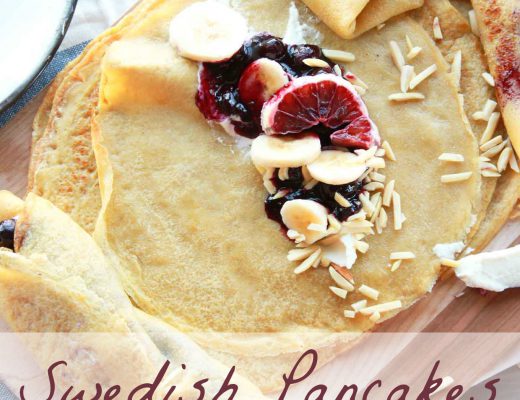 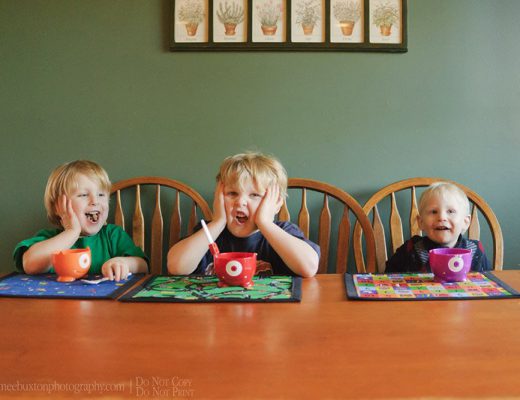 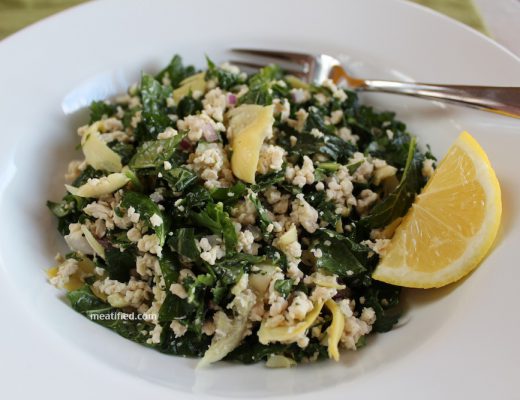