Over on our Facebook page, what started as a short status update about Stacy’s love for bacon turned into a big surprise. One of our followers, Jacqueline Ritz,  told us in brief how the paleo diet drastically lowered her husband’s cholesterol and helped her depression in ONE short month.  Jackie was generous enough to write down her story for us to post on the blog.  Our hope is that you can share this story to the people in your life (or maybe help you) to appreciate that dietary cholesterol is a minimal impact to the numbers on a blood test – inflammation is key!

My Paleo journey began in October 2011 out of curiosity. My friend had talked about it, and since we already were real food eaters I thought that it wouldn’t be that much more of a stretch for my little family of 4. I had just had 2 babies within 2 years, so I had the inevitable pooch pouch and just “ick” feeling all the time.Two months prior to my Paleo journey I gave birth to my second baby. A month prior to starting my Paleo journey I had very tragically lost my younger sister, and in the month after her death I had put on a good 5-8 lbs.

I felt terrible. I had weight from my pregnancy, and now I had extra weight from the stress of losing my sister. Not only did I feel miserable physically, but mentally I was really struggling as well. I was diagnosed with depression and parts of post-traumatic stress disorder so, needless to say, I was one big mess! I needed something and I needed it fast.

My husband wasn’t on board with me at first. I didn’t push him, because I wanted my life and health on Paleo to be evidence enough. After I started with this new way of eating, I felt so much better. My mind felt clearer. I could function more thoroughly as a mother and as a wife. My depression went away. I felt more confident. I felt like the clouds had cleared, and I could now see ahead of me again.

It was around the same time (that I started Paleo in October ’11) that I had asked my husband to get off his statin drugs. He had struggled with high cholesterol for 4 years, and had been on a statin drug ever since. He agreed to get off his statin, but didn’t make any significant changes in his diet. A few months later around December’11 he went in to see what his cholesterol numbers were and they were 250—much higher than the recommended 200. So, he said he was going back on his statins. I pleaded with him to give Paleo a try with me for the month of January and to retake the cholesterol test at the end of January. He agreed!

We did the Whole30 Challenge together from January 1st-January 30th. We ate the approved foods for “strict” Paleo, which consisted of lots of red meat, bacon, sausage, eggs, nuts, fruits and vegetables. We had no dairy, wheat, beans or sugar. My husband retook his cholesterol test when our Whole30 Challenge was over and his numbers dropped from 250 to 189!!! We were shocked! We had also lost a combined weight of 35 lbs in just one month of eating Paleo (45 lbs if you count from October when I started Paleo).

We are now, wholeheartedly, Paleo believers and have a happy Paleo family consisting of a Paleo toddler and a Paleo baby! This lifestyle has changed our lives pretty drastically in so many ways! Jackie’s story is one very familiar to us. Stacy suffered from severe postpartum depression after Finian was born. She didn’t want to leave the couch or participate in family activities at all. But after starting Paleo when Wes was born, the story could not have been more opposite! She was leaping off the couch with a new lust for life.

Jackie’s husband’s story mirrors Matt‘s, as well. In the winter of ’09, Matt’s yearly physical revealed an elevated cholesterol of 190. Five months after we had started Paleo he was checked again to reveal his cholesterol had dropped to 130! As Robb Wolf says, just try it for 30 days and it will change your life. 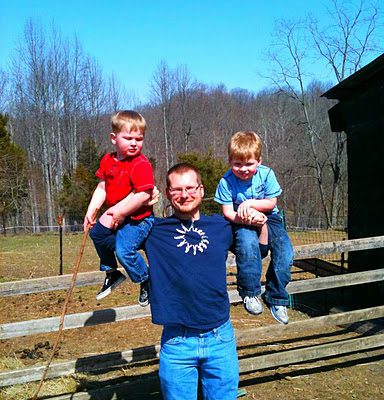 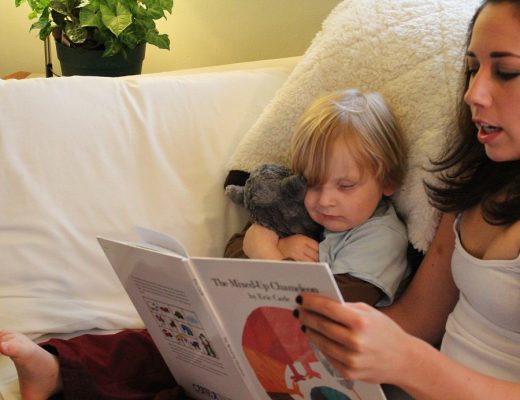 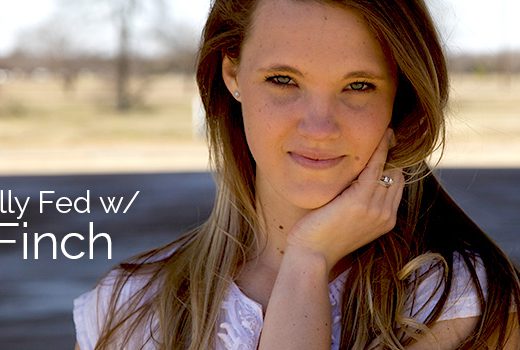