We’re big fans of The Spunky Coconut and have been for years. When we first started our paleo journey, it was Kelly, along with Elana’s Pantry, that really helped us to transition to a grain-free and dairy-free lifestyle. I think we can honestly say that we wouldn’t be where we are today without Kelly’s site and her earlier cookbooks.

So we were quite excited to see that Kelly had agreed to do a new paleo-friendly cookbook with Victory Belt. Not only that, but it would be a chocolate cookbook, too! The Paleo Chocolate Lovers’ Cookbook seemed like something not to be missed! Often we let reviews go to our review team members, but we had to try out what Kelly had in store for us, too. Honestly, this book is like a sister to Beyond Bacon. The layout, food styling and even photography are very similar – so of course we loved it!

Don’t miss the 2nd half of this post where we share the recipe for the delicious Chocolate Stuffed French Toast we made! But if you’re worried that this is just a dessert book, never fear! There are savory recipes in there as well.

Since Richard Sandoval was on Top Chef Masters this season, I’ve been having major cravings for Mexican food. We haven’t been able to get out to one of his restaurants lately, so I was excited when I flipped through The Paleo Chocolate Lovers’ Cookbook and saw there was a recipe for Chicken in Mole Sauce.  I hadn’t been super interested in the book until I learned there was a chapter of savory recipes— I am much more a spicy or umami girl than a sweet one.

The ingredients were all staples for me and it was very  simple to make which was a plus for someone that would rather buy food out. I followed the directions exactly and the chicken came out perfectly cooked. I didn’t even omit the raisins (I hate them) and didn’t have to eat around them or spit them out. They rehydrated into sweet, little grapes. My only complaint is that tasted more like an espresso chili I have made before and less like the mole sauces I have had in various restaurants. I expected a thicker, more bitter chocolate sauce. I also sprinkled extra chili powder all over my serving to give it a spicy bite. I’m excited to play around with this recipe a bit.

The book is beautiful. The photos are gorgeous and make my almost non-existent sweet tooth rear its ugly head. I enjoyed the science and history lesson about cacao she includes in the first chapter. I always love reading about the antioxidants and magnesium in chocolate—especially when I have a pudding craving.

It was the day before Stacy’s birthday when we received our review copy. The boys and Stacy sat down gushing over the entire book that evening. They decided to make her a special birthday breakfast straight from the gorgeous pages for the next day before we had to hand it off to Aimee for her review. So I woke up early and decided made Chocolate Stuffed French Toast!

The first step in making this delicious and dense french toast in the “corn bread”. Doesn’t it look absolutely delicious? I think it would also be amazing with the Bread Pudding recipe included, because it would soak up the dairy-free custard so well! But the next step for us was slicing the bread, stuffing it with chocolate and then pan frying. Uh, yeah. It’s as fantastic as you’re thinking it is.

It truly made Stacy’s birthday just that much more special. And guess what? We asked Kelly if we could share this recipe with you all, and she agreed! Isn’t that awesome?

We recommend serving it with raspberries because those are Stacy’s favorite.

We’re truly honored to know Kelly and call her a friend. This book will make a lovely addition to your paleo cookbook collection – especially when you have a special occasion you want to celebrate with decadence! The best thing for me is that Kelly (like her website suggests) is a GENIUS with coconut and is familiar with allergies, so I was pleased to see so many egg-free, diary-free, and nut-free recipes that included the health promoting benefits of coconut as well as the antioxidant-rich features of cocao. Don’t get me wrong, this book is a treats book that shouldn’t be used daily, but it’s definitely a unique twist to the paleo cookbooks you’re used to! 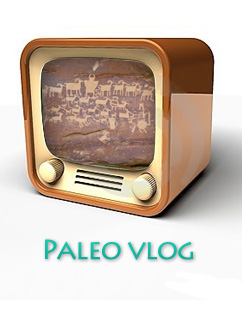